White mulberry belongs to the mulberry family (Moraceae) and has several other common names including Chinese white mulberry, silkworm mulberry and Russian mulberry ¹.  It forms a small to medium tree that can reach heights of 60 feet ².  Its bark is grayish-brown with flattened ridges ³. The alternate leaves are oval, is 2 to 7 inches long, has  serrate to coarsely toothed margins and may be unlobed to several several lobed ¹.  The leaf petiole exudes a milky sap when broken ². Trees are either male or female (dioecious), but may have both ². The inconspicuous flowers are found in catkins.   The fruit resemble blackberries, but is actually formed from several flowers (multiple fruit).  The fruits are white, to purple to black ². 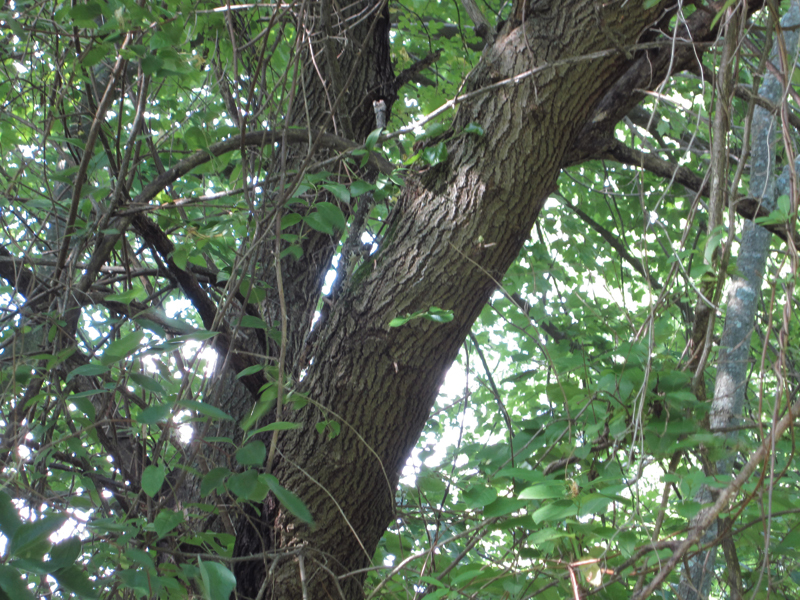 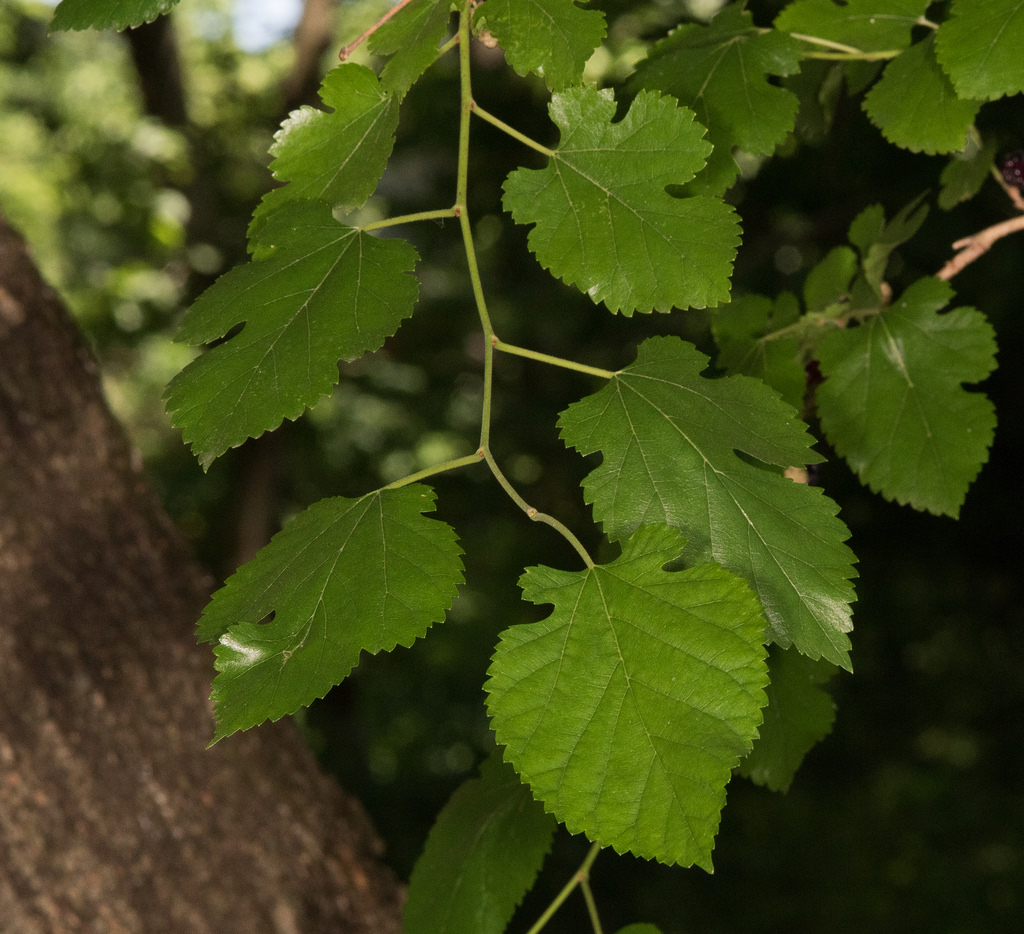 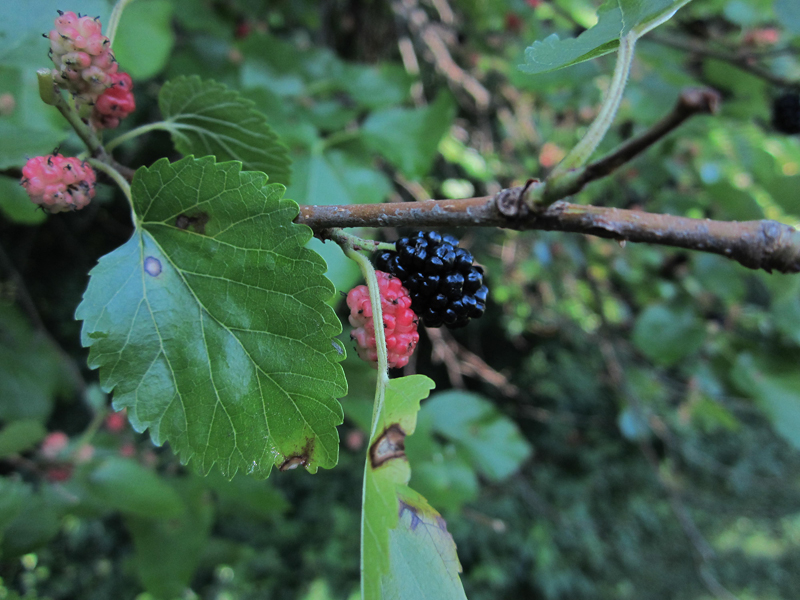 White mulberry is an introduced species from China that was planted for silk worm production.  It is currently found in all states in the USA except Nevada and Alaska and several provinces of Canada. It is found throughout Maryland where to os considered to be invasive 4. White mulberry leaves are consumed by silk moths, which is the reason for their importation ¹.  The wood is flexible and used for tennis, and badminton rackets and hickory sticks ¹.  The fibrous wood is used to make paper ¹.

As a nonnative tree, it has few threats.