Dawn redwood is in the cypress family (Cupressaceae) that it shares with the coast redwood, giant sequoia and bald cypress, amongst others.  It can grow to a height of 100 feet ³ and a trunk diameter of up to 3.5 feet ² .  In China it is reported to grow to 165 feet tall, 7 feet in diameter and live 400 years ¹.  The life expectancy is over 100 years ².  The trunk is fluted at the base.  Its leaves are flattened, deciduous needles needles that are one inch long with an opposite arrangement along the stem ².  Female cones grow up to one inch in diameter. 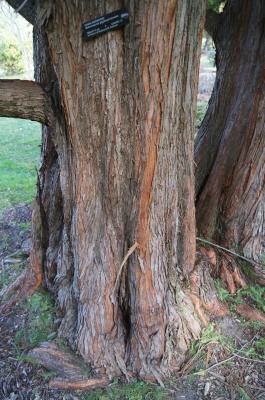 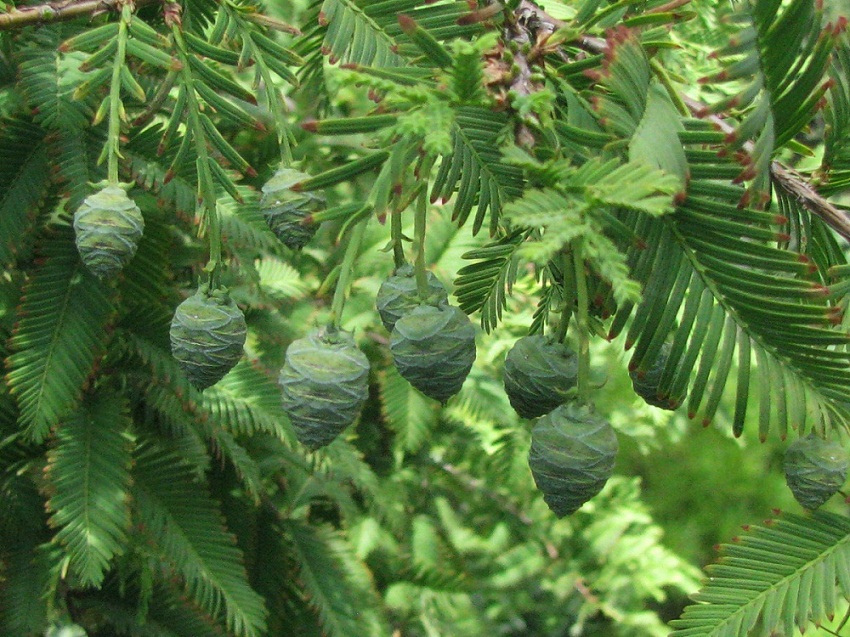 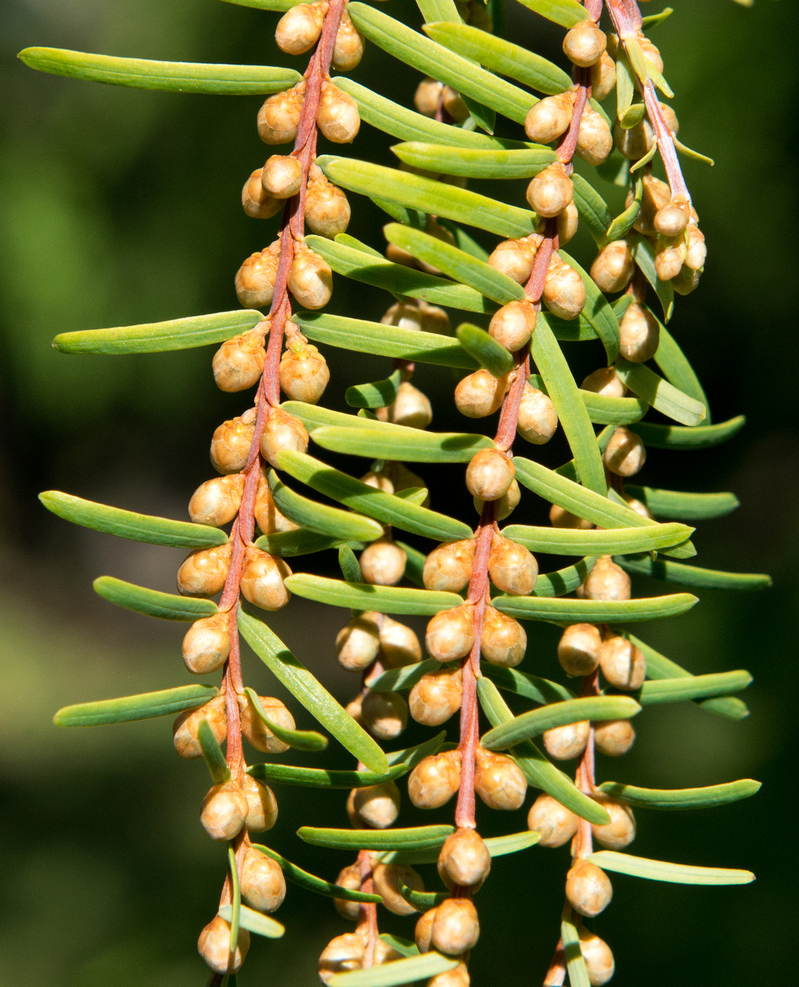 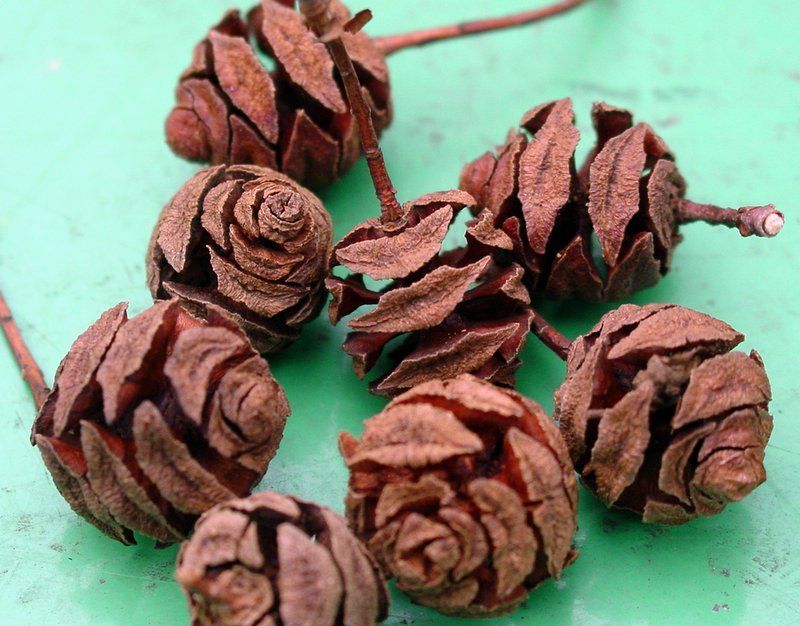 Naturally occurring only in Hubei Province of central China 4, dawn redwood was introduced throughout the world starting in the 1940s.  Its fossil record indicates it was present in Europe, North America and Japan 60 million years ago 4.  It is widely planted in the eastern and southeastern United States ¹.

Apparently, little is known about its wildlife importance in China.  As an introduced species in North American, it has limited importance.

In North America dawn redwood is used for landscaping.  In China the tree was used for cattle forage and construction before it was protected.  Its wood is rot-resistant and light weight 6.

It is considered an endangered species in its original habitat.  It is susceptible to fungi causing canker diseases and also to Japanese beetles and spider mites ².