Shortleaf pine is known by several common names including shortleaf yellow pine and southern yellow pine.  It is a member of the pine family (Panacea).  It is a tall pine that grows to 100 feet in height and 36 inches in diameter ¹.  Its  bark is thin and black when young, but forms large, reddish-brown plates when mature.  Shorleaf pine has needles in clusters of twos or threes on the same tree and are 3 to 5 inches long ².  Male, pollen-producing cones are light purple and up to 2 inches long ¹.  The female, seed-producing cones mature to 2.5 inches long ² and has a short prickle on the ends of the scale. 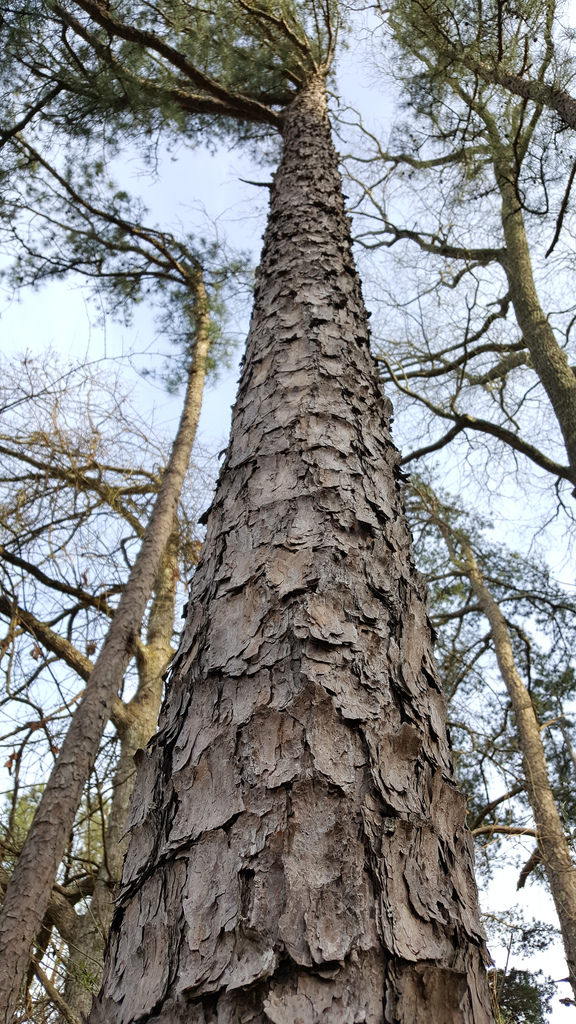 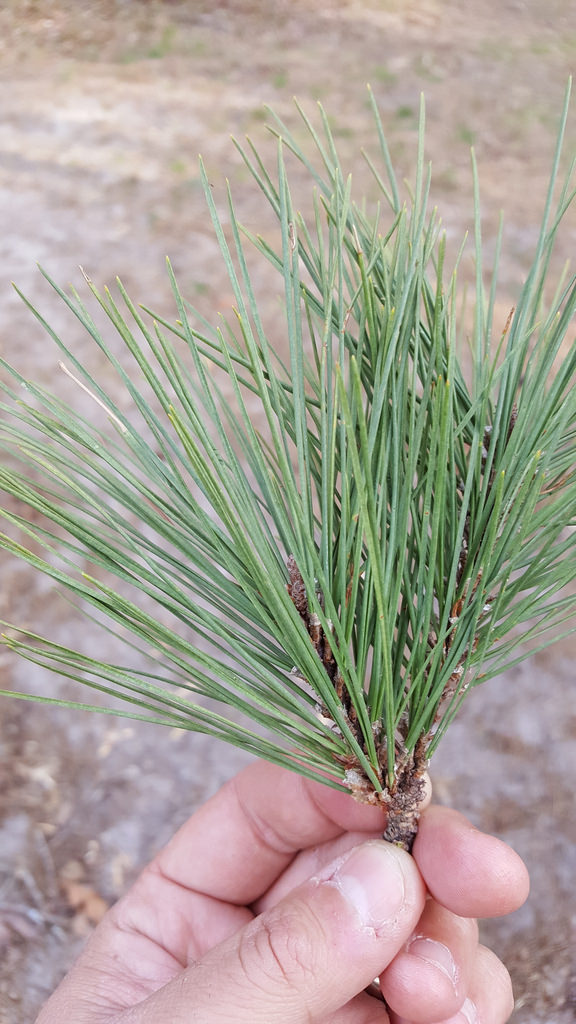 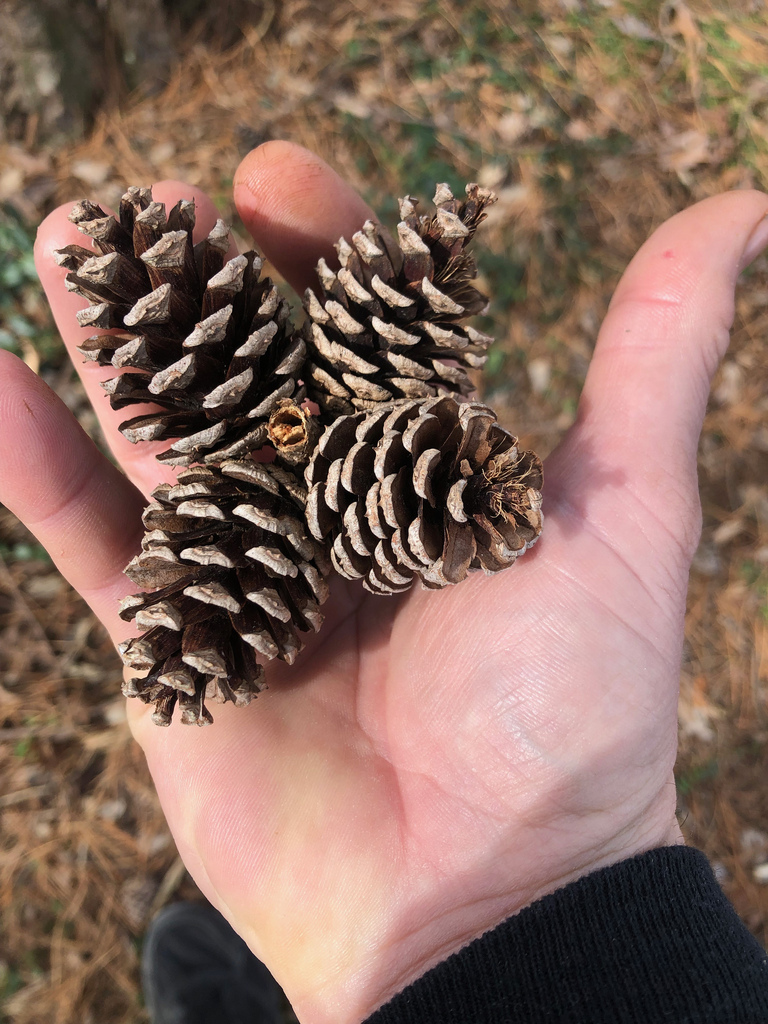 Shorleaf pine is the most widely distributed pine of the Eastern United States as it is found in 22 different states.  It ranges from New York southwest to Texas.  Along the Atlantic seaboard it is found to the panhandle of Florida.  Nowhere abundant in Maryland, it ranges along the Potomac River drainage from Frederick to Charles County and in scattered counties on the Eastern Shore ². 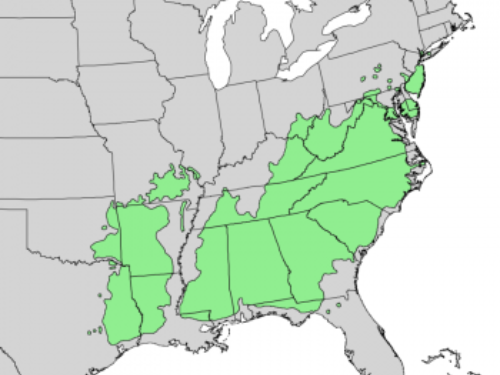 Shortleaf pine is used for lumber, plywood, and pulpwood for making paper ¹.