Shingle oak, also called laurel oak, belongs to the beech family (Fagaceae) and is a large, deciduous tree that reaches 70 feet tall with a broad crown of nearly 60 feet ¹. The mature trunk may reach 3 feet and has  a gray-brown bark with low ridges.   Unlike most other North American oaks it has unlobed, entire leaves with a single bristle at the tip of the 3 to 6-inch long leaf ¹.  Male flowers are in catkins and the female flowers are in spikes ¹.  It is wind pollinated.     Its acorns are round, 1/2 to 3/4 inch long with a cap that covers the top third of the nut ¹.  Like other oaks in the red oak group, the acorns take two seasons to mature and must over winter on the ground before germinating ¹. 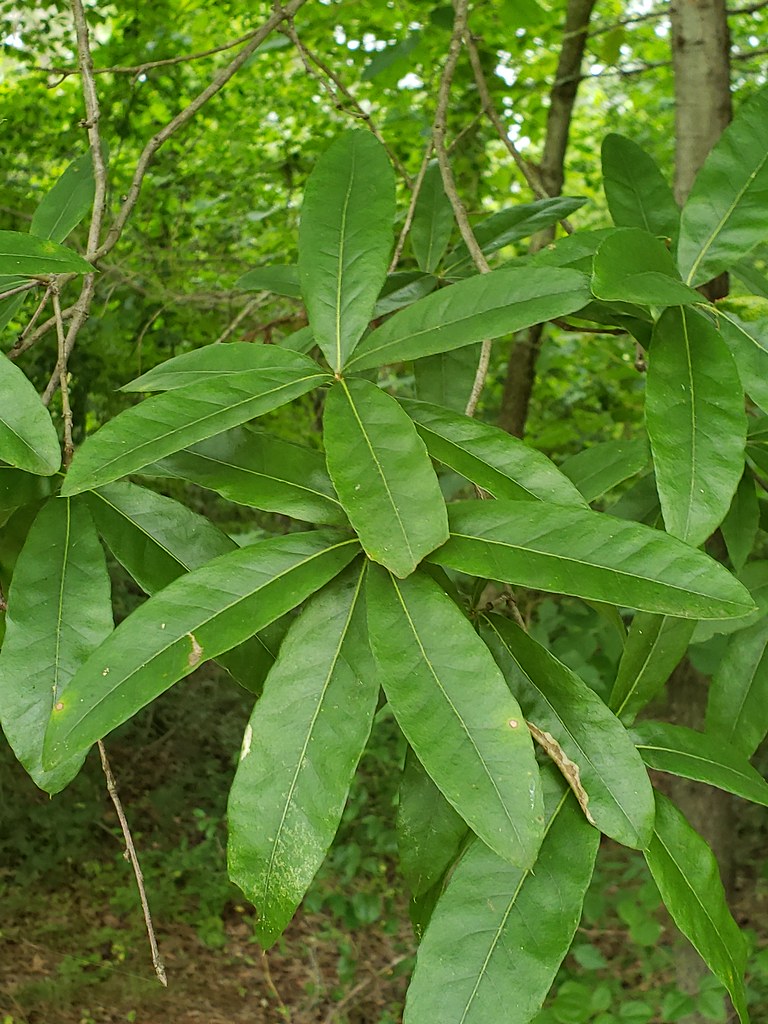 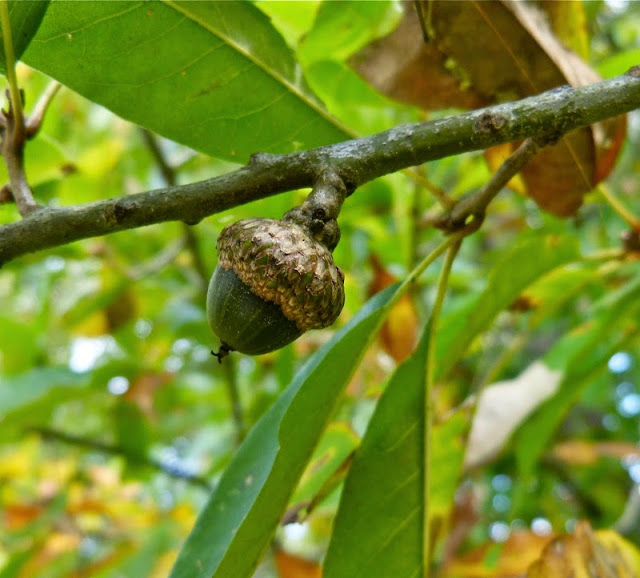 Shingle oak is distributed in central North America from Pennsylvania to Missouri and south to Tennessee.  In Maryland it is found in the Piedmont region from Baltimore and Carroll Counties to Prince Georges County and reaches its greatest number in the Patapsco River drainage ².

As with most oak trees, shingle oak provides a habitat for many insects and the bird species that consume them.  In addition numerous birds and mammals eat the acorns ¹ .

As the common name implies, shingle oak was used was a source of roof shingles ¹.  Shingle oak is an unimportant lumber tree 5.  It is used as a landscape tree ¹.

Oaks are susceptible to oak wilt and to insects such as the two-lined chestnut borer ¹.