Eastern hemlock is is a coniferous tree native to North America and a member of the pine family (Pinaceae) 4.  Mature trees can reach heights up to 115 feet with a typical diameter of 30 inches ¹. Its mature bark is 2 to 3 inches thick at the stump, reddish brown, flaky or scaly and has deep vertical fissures ¹.   Its leaves are  short, up to 0.7 inches long, and narrow (0.2 inches wide) ¹.  Its needles change from light green to dark green above, are whitish below ¹ and are arranged in rows of  two 4.  It is a monoecious tree with separate male and female cones on the same tree 5. In the spring, small yellow male and small light green female cones mature.  Eastern hemlock produces a 0.75 to 1.5-inch cone that matures in the fall ². 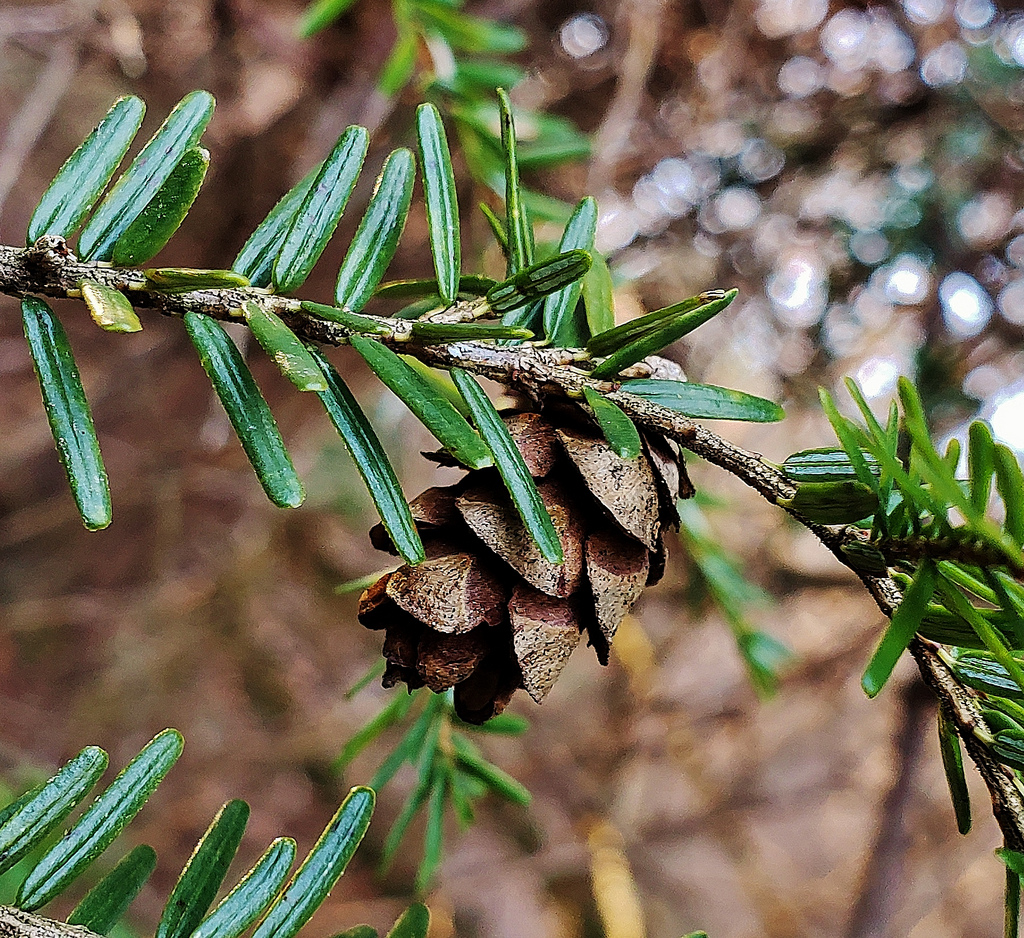 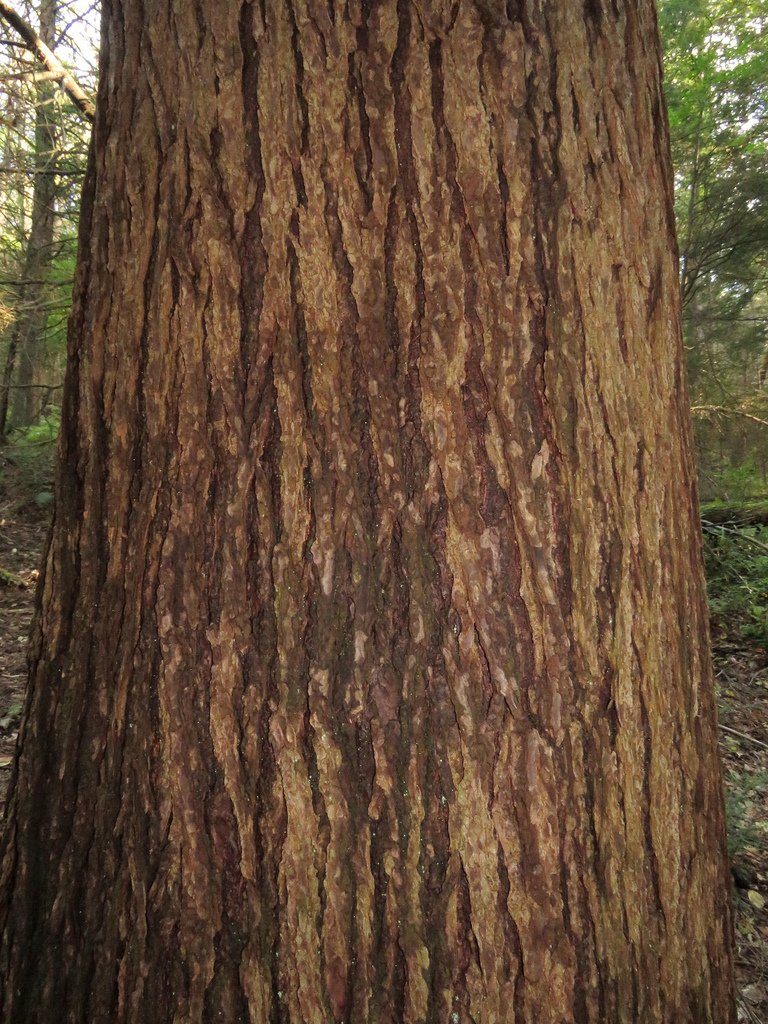 Eastern hemlocks are found in the northeastern and Appalachian regions of North America ¹.   The range extends from Eastern Canada, across the Great Lakes region and south along the Appalachian Mountains.  Towards the south, eastern hemlocks have decreasing natural populations are usually restricted to stream bottoms and north facing slopes in cool, steep terrain ³ and to upper elevations .  They grow from near sea level to about 5,000 feet elevation 4,6. Hemlock is the most shade tolerant of all tree species 4. They prefer cool, humid climates 5. In Maryland they can be found in all counties except the most southern counties of the Eastern and Western Shore , but are found mostly in the mountains 13. There is a stand of large trees in Swallow Falls State Park, Garrett County 13. 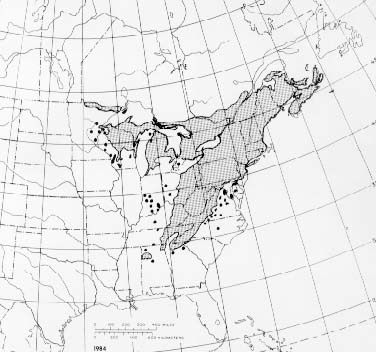 Dense forests of eastern hemlock provide essential habitats for various species. Black-throated blue warbler, black-throated green warbler, blue-headed Vireo, Hermit Thrush, black bears, ruffed grouse, and wild turkey to name a few ².   Eastern hemlock provides nesting and seeds for birds, and shelter in its hallowed out trees. As well as coverage and foliage.  Foliage is browsed by white-tailed deer, moose, and snowshoe hares in the winter ².  Their deep shade  regulates stream flow and moderates water temperature 7. They also minimize nitrate and other nutrient runoff this is because they lose water to the atmosphere year round 7.

Eastern Hemlock is used  for construction, but is not an important timber tree 4. The bark of the tree being a good source of tannic acid 8. Eastern hemlock is also used for sheathing, roofing, subflooring, and miscellaneous things such as crates 4,6.  It is also used for pulp, paper, lumber, and mulch 7.

The invasive  hemlock woolly adelgid (HWA) , introduced from Japan in the 1950s 11. is a sap-sucking insect and is a major threat to Eastern hemlock. White sacs, which resemble tiny cotton balls, indicate that a tree is infested with HWA.  HWA penetrates bark at the base of a needle in order to take nutrients from the tree, they also lack natural enemies which could accelerate the speed at which this can happen. HWA reduces new shoot growth, and causes grayish-green foliage, drop, thinned crowns, branch tip dieback, which will eventually kill the tree 9. Another major threat to Eastern Hemlock are humans. This is due to climate change and can cause the complete destruction of the eastern hemlock species. 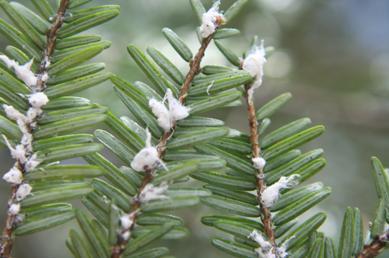