American basswood (mallow family, Malvaceae) trees grow between 50 to 80 feet tall and have a spread of 35 to 50 feet¹. The leaves are four to eight inches long and are simple  with an alternate arrangement, serrate margins, and pinnate venation¹.  The leaf has a heart shape, but often with an asymmetrical base. In the spring and summer, the leaves are green, but in the fall they turn yellow¹.  At first, the bark is smooth and gray-green in color².  As the tree matures, it turns gray-brown and becomes rigid with long, shallow grooves and flat ridges².  Small, pale, fragrant flowers are produced in early to mid-summer².  The oval-shaped fruit grows below a leafy bract in a hanging cluster and is less than 0.5 inches long, tan in color, and covered with gray-brown hairs1,2. 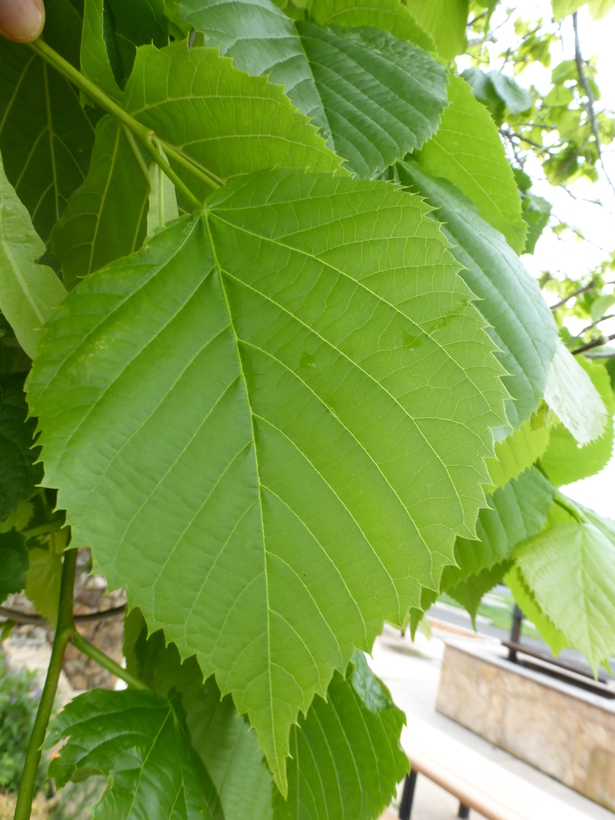 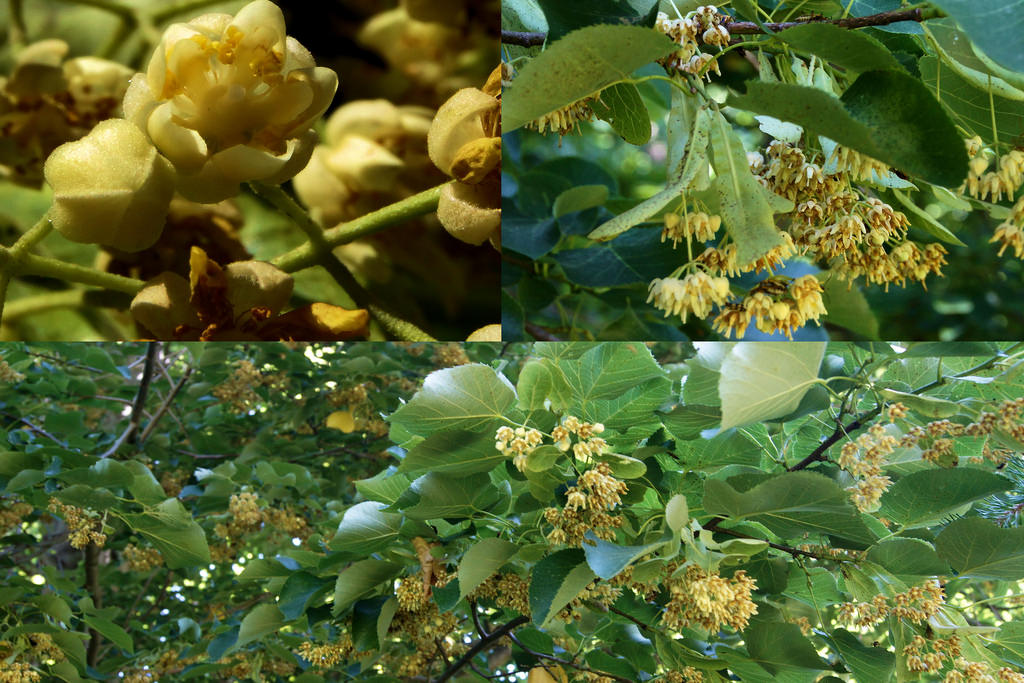 American basswoods occur from southwestern New Brunswick, Canada and Maine, west to the south of Quebec, Canada, to southern and western Ontario, Canada, then to Michigan, Minnesota, and southeastern Manitoba, Canada³.  Their range then extends south to eastern North Dakota, to northern and eastern Nebraska, to eastern Kansas, and northeastern Oklahoma. They are also found in Arkansas, Tennessee, western North Carolina, and New Jersey³.  The American basswood is tolerant to clay, sandy, acidic, and alkaline soils¹.  It also has a higher tolerance to shading than most large trees¹.   In Maryland it is commonly found in the western portions of the state9 but it is also planted as a street tree elsewhere in the state10. 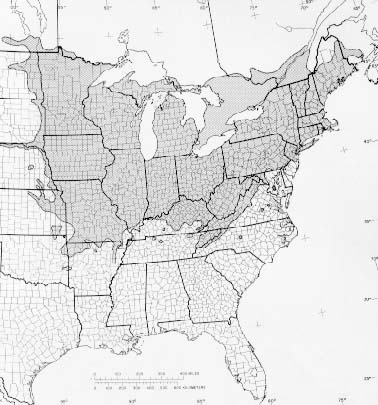 White-tailed deer prefer to utilize American basswood as browse and birds and small mammals eat the fruit³.  Its flowers attract honeybees which use the nectar to make honey3,4.  Bees also use hollowed trees to store the honey4.  The easily decayed wood creates cavities where nesting animals, such as ducks, birds, and other small mammals live³.

Since the wood of the American basswood is soft, light, fine, and even-grained, it is widely used to make wood carvings, furniture, paper pulp, and even utensils5. American basswood’s are also important in the production of honey5.  Since bees are so attracted to them, beekeepers use the tree to make beehives for honey to sell5.

High populations of white-tailed deer can reduce the height, or even kill American basswoods from overbrowsing³.  Small mammals such as chipmunks, squirrels, mice, and rabbits enjoy feeding on the seeds of the smaller, younger trees which causes damage, or even death³.  However, these small pests do not harm the fully mature trees³.  The American basswood is extremely vulnerable to fungi and easily decays once infested³.  Also, its thin, soft bark and hollow roots can be easily damaged by fire³.