Also called swamp maple or soft maple, red maple is a member of the soapberry family (Sapindaceae, previously Aceraceae).  It is a large tree that can grow to 125 feet, but typically 60-90 feet, and it can reach a maximum age of 150 years¹.   The gray bark on young stems is smooth and rough, but not furrowed as on older stems.  Its leaves have three main lobes and sometimes two smaller lobes.  Leaves have doubly serrated (two sized teeth) margins and are green on the upper surface and typically whitish on the lower surface.  The leaf petioles are often reddish.  Leaves turn bright red in the fall.  Male and female flowers are on the same plant and open before leaves develop in the early spring.  Fruits are double samaras, 0.75 in long,  that are shed in late spring or early summer. 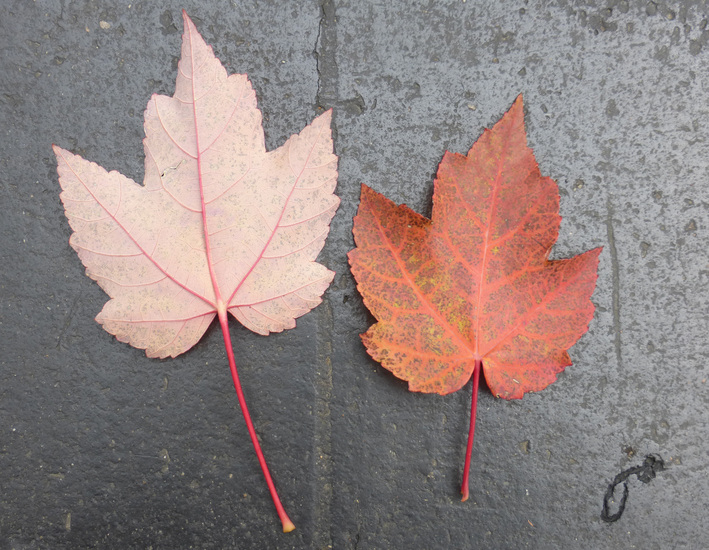 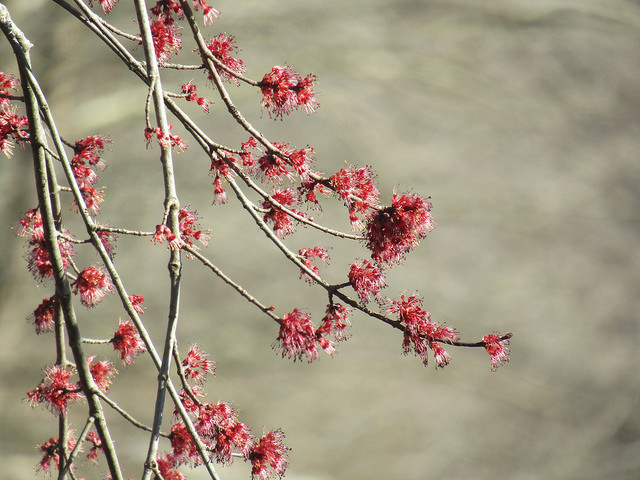 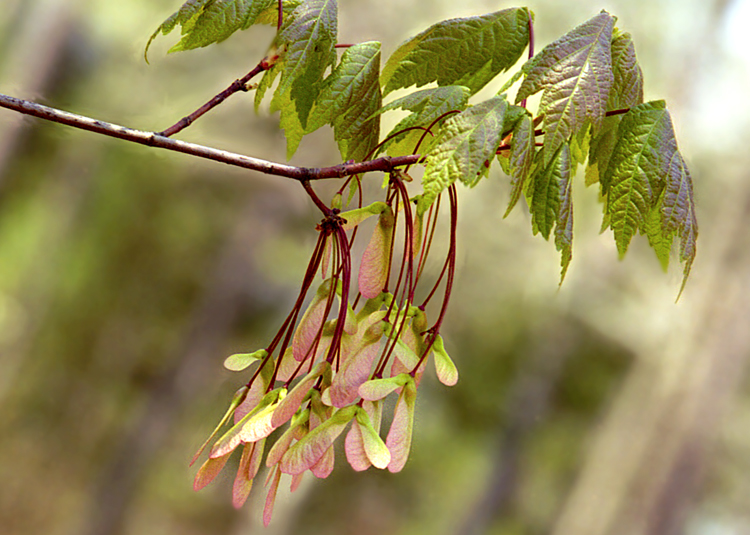 Red maple grows from Newfoundland to southeastern Manitoba, south to East Texas and east to Florida¹.    It grows over the widest range of habitat types of any species in North America¹.    It can be found on dry ridge tops as well as in bottomlands and bogs¹.  It is found throughout Maryland6. 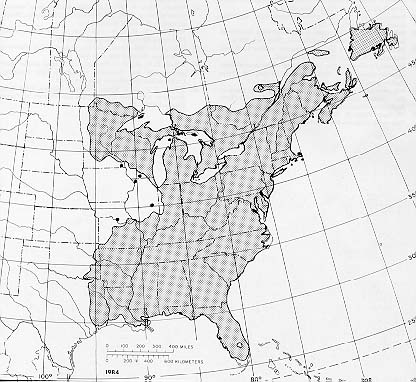 Red maple is one of the earliest nectar sources for bees in the early spring.  Its seeds are consumed by numerous birds.  Because of its wide tolerance for habitat, it is a frequently planted landscape tree.  The Rosy Maple Moth is frequent on red maple4.

Maple syrup can be produced from red maple, but the sap has a lower sugar content and must be collected prior to flowering or the flavor changes¹.  The wood can be used for furniture, but is usually painted as the grain is not as attractive as other woods.

Red maple is not greatly threatened by pests or disease, but is susceptible to fire damage.  Its shorter life span leads to its replacement in forests by longer-lived and more shade tolerant species such as sugar maple and American beech.