The eastern white pine is a tall evergreen gymnosperm that usually range from 50 to 80 feet in height but, in certain conditions, can reach 100 feet.  The tree grows to a maximum canopy spread of 40 feet¹.

This pine is monecious, meaning it produces both female and male cones on the same plant.  The female cones are light brown at the center and slowly fade to a white color at the ends.  They usually grow to 6-8 in long, are very thin, but lack prickles on the cone scales. The seeds are blown by wind.  The male cones are small and yellow usually only grow to half an inch in size.  The needle leaves are in groups of 5, grow to be 3-5 in long, and are green with a blueish tint to them².   Eastern white pine is a beautiful tree that grows in a irregular pattern, so their tops are not symmetrical.  These trees have a dark brown bark at maturity and may also have a grayish shade to them. 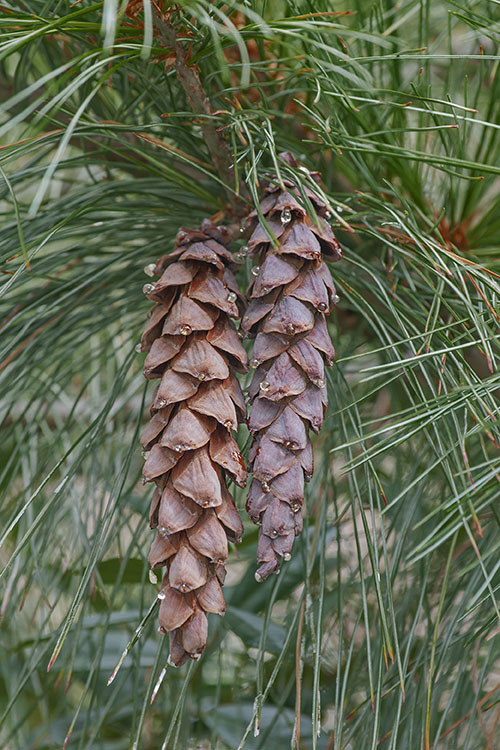 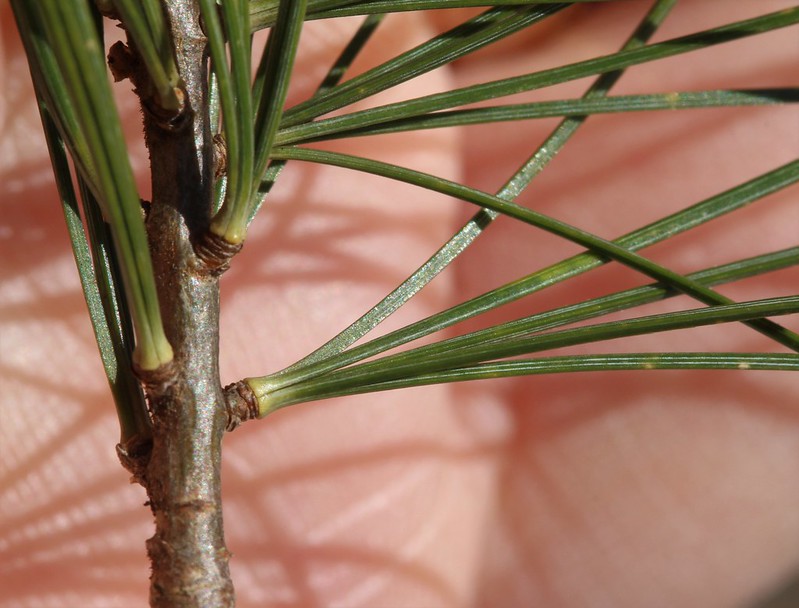 These trees are found in both outhastern Canada and the Northeastern US.  It also extends down the Appalachian Mountains to Georgia.  White pine is found in all the counties of Maryland west of the Chesapeake Bay10.  They are common in western Maryland, such as in Garrett and Allegany counties³.    They are, however, planted in location outside of their native ranges because the tree is used in the lumber industries5.   They are found mostly in a cooler climate with more moisture but can grow fine in full sunlight with average water levels. 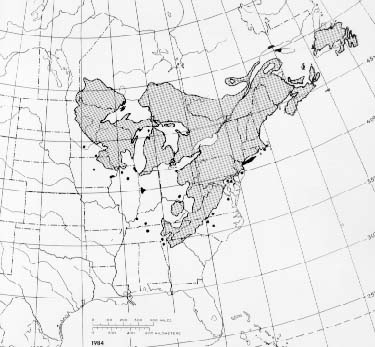 A large population of different animal species consume different parts of the pine. Squirrels, bears, beaves and rabbits are just a small amount of the species that eat different parts of the tree including the bark and cones.  Seeds are eaten by numerous birds including yellow-bellied sapsucker, black-capped chickadee, white-breasted nuthatch, pine warbler, pine grosbeak, and the red crossbill11.   Many species of birds also use this tree as a home including owls, sparrows and woodpeckers4.

A common wood to be used in building including ship building. Used as ship masts frequently in early ship building as they grow tall with few branches. Its wood is used in construction because it is an easy wood to work with and is a tree species that is readily available. White pine is used extensively on reclamation of mine spoils11.   White pine is widely used as a landscape tree, but due to flammability, should be planted away from structures.  They are also used a lot as Christmas trees and many people enjoy the smell5.

The white pine weevil is the greatest threat to eastern white pine³.  There are different types of fungus that can heavily affect the pines including pine blister rot. There is also a threat from beetles and over-harvesting because they are such a popular building lumber6.