Pin cherry is also commonly called fire cherry and is a member of the rose family (Rosaceae). ¹  It is a fast-growing, short-lived tree that reaches 30 feet in height. ¹  The bark of mature trees is reddish-brown to gray, has horizontal lenticels forming lines, and peels in horizontal strips. ¹   The alternate leaves are lance-shaped, are 3 to 4 inches long with serrated margins. ³  On the petiole at the base of the leaf there is a small gland.  Flowering occurs during leaf expansion in the spring. ²  The one-half inch, white flowers are perfect with both male and female structures. ²  The fruits are bright red, fleshy with a hard pit covering the seed. ² 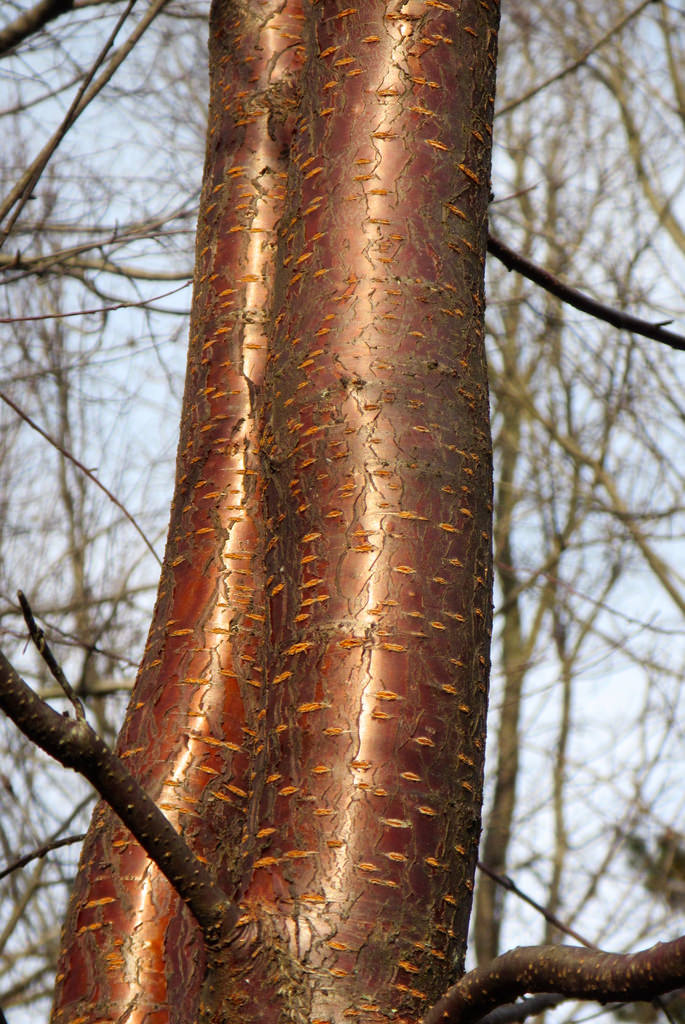 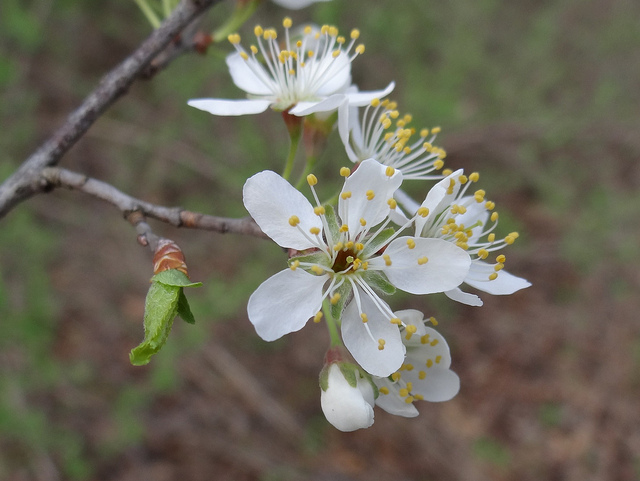 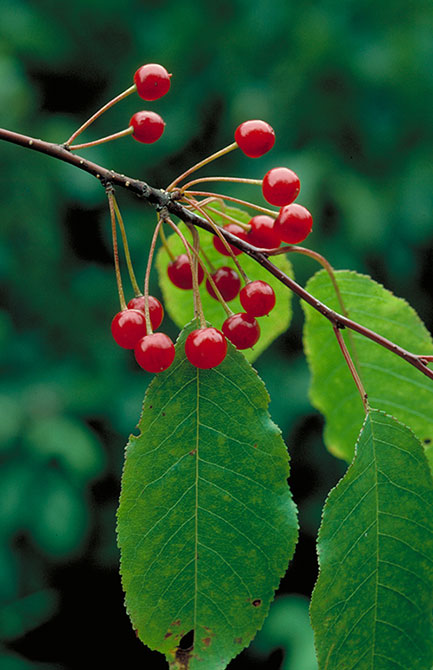 Pin cherry is found in the cooler climates of Canada from Newfoundland to British Columbia and along the mountain ranges of the Rocky Mountains to Colorado in the west and Appalachian Mountains to Georgia in the east. ²  Im Maryland it reaches its greatest abundance in Garrett and Allegheny counties, but is scattered elsewhere.4

Leaves of pin cherry are poisonous containing hydrocyanic acid. ²  Symptoms include spasms, convulsion, coma and respiratory failure.¹  The fruits can be used for jelly or syrup. ¹  The wood can be used for making paper. ²

Pin cherry can be affected by the cherry leaf spot disease and powdery mildew. ²  The most common and widespread disease is black knot.  Eastern tent caterpillar may partially defoliate the tree. ¹