Eastern red cedar is a member of the cypress family (Cupressaceae). It is an aromatic, cone-bearing evergreen that usually grows 30 to 40 feet tall, but occasionally growing up to 90 feet. The trunk is angled and buttressed at its base with a narrow, columnar crown, appearing pyramidal when young. The bark is soft and brown with a silver tint ¹, with the tendency to exfoliate in thin strips ² .  Branches of this tree most commonly grow compactly, up and out on a sharp angle, but can also grow conically with branches that stretch out wide ³.  Its leaves are scale-like, appearing coarse or fine-cut, and their color varies from gray-green to blue-green to light or dark greens, then turning brown in winter ¹.   On seedlings and new twigs the leaves may be spreading and sharp pointed.  Leaves on mature branches are overlapping scales ³.  The leaves are 1-3 mm long but overlap each other by more than ¼ of their length. This tree is dioecious ², and produce pale blue berry-like cones 3-8 mm long on the female plants in the spring ¹.  In the winter, female cones are green while male cones are yellow 4.  Male eastern red cedars tend to grow taller than female trees and have wider diameters. The pollen is dispersed by wind ³. 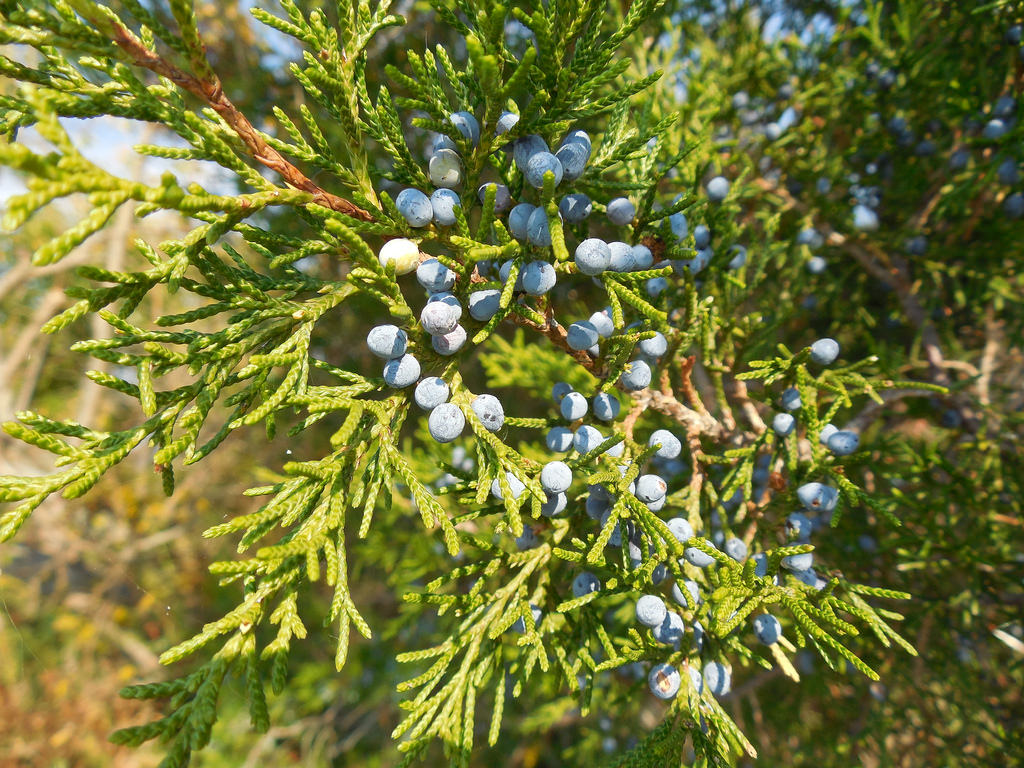 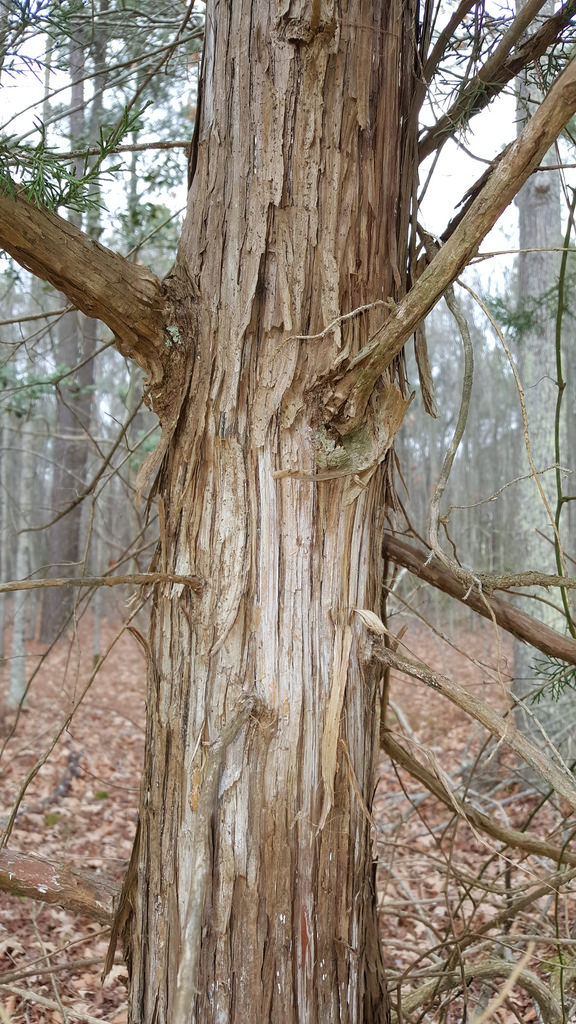 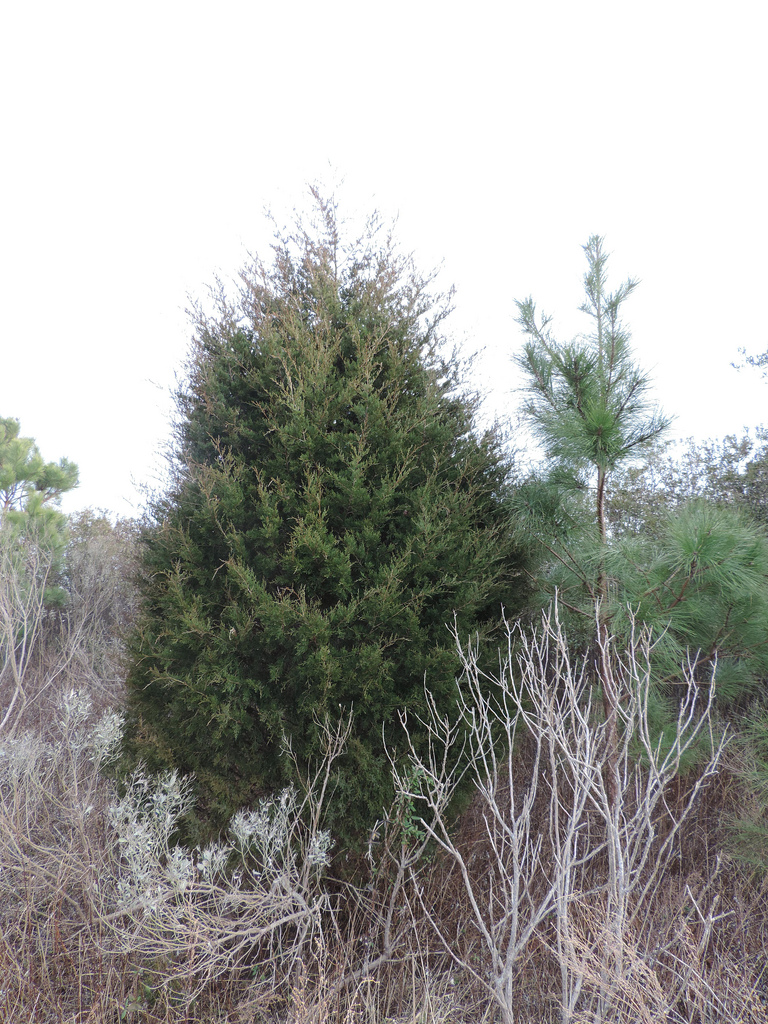 Eastern red cedar is native to the eastern United States and Canada³.  In Maryland, this tree can usually be found in counties surrounding the Chesapeake Bay5.   Eastern red cedar grows best in deep, moist, and well-drained soils, but is often found in a wide variety of soil conditions because of its high drought tolerance. Its pH range is 6.8 to 7.2 and is often associated with limestone-based soils ¹.  Its locations also vary with it being found on steep, rocky slopes as well as flat expanses of prairie. It is moderately shade intolerant, so it tends to grow well in open grasslands, prairies, and abandoned fields³.

Aromatic oils found in the eastern red cedar’s heartwood is often found in perfumes, and are used to repel clothing moths, Argentine and odorous house ants, and Formosan subterranean termites. Heartwood extractives are used to inhibit the growth of fungi and bacteria. The heartwood is also valuable in the manufacturing of wood products due to its smell and its ability to repel termites. It is used to make fenceposts, lumber, poles, boats, paneling, closets, chests, and pencils. They are also grown for Christmas trees and ornamental plants ³.

Eastern red cedars are not tolerant of flooding and need soil that drains well ³. They are also hosts to imperial moths (Eacles imperialis) and evergreen bagworm moths (Thyridopteryx ephemeraeformis) 5.  Additionally, they are susceptible to several types of cedar rusts, including the cedar-apple, cedar-hawthorn and cedar-quince rusts 6.