Red spruce is in the pine family (Panaceae) and is the only spruce naturally occurring in Maryland ².  It typically grows to 75 feet in the northern portions of its range, but may reach 110 feet in the Appalachian Mountains ¹.  The bark is grayish to reddish-brown and is less than one-half inch thick.  The needles are borne singly on small pegs along the branch ².  Each needle is one-half to five-eights inch long and is four-sided or square in cross section ³.  The needles are yellow-green and sharp pointed.   Male and female cones are produced on the same tree.  The female cones mature at the end of the second summer and are 1.5 inches long ¹.  The cone scales lack prickles. 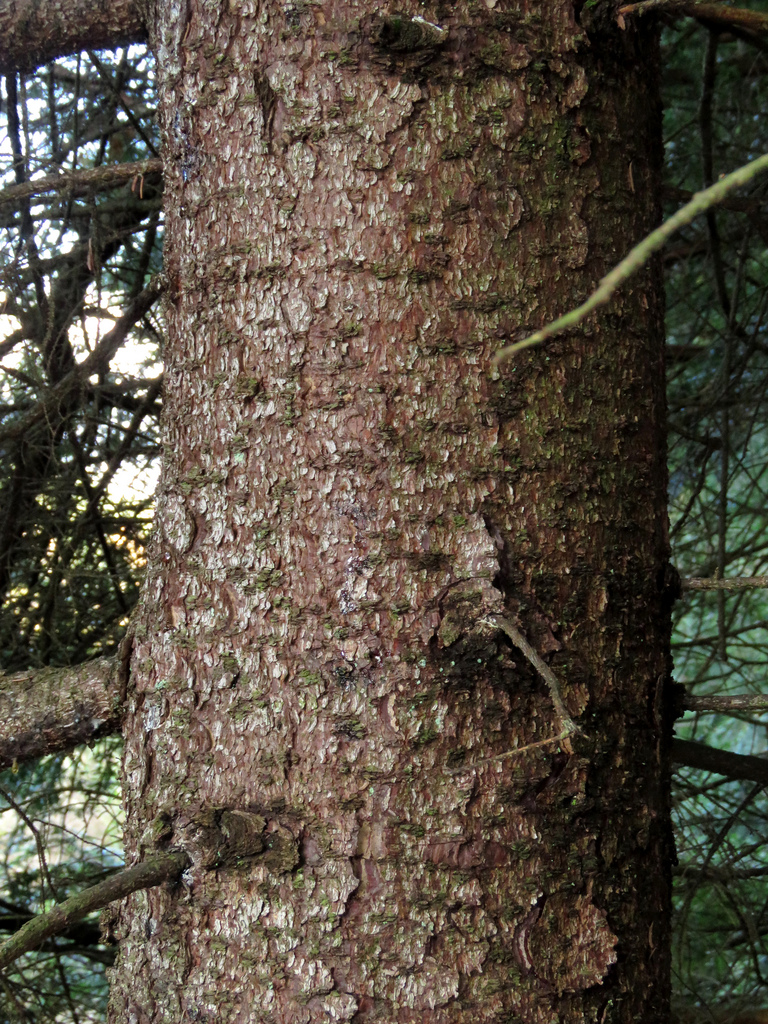 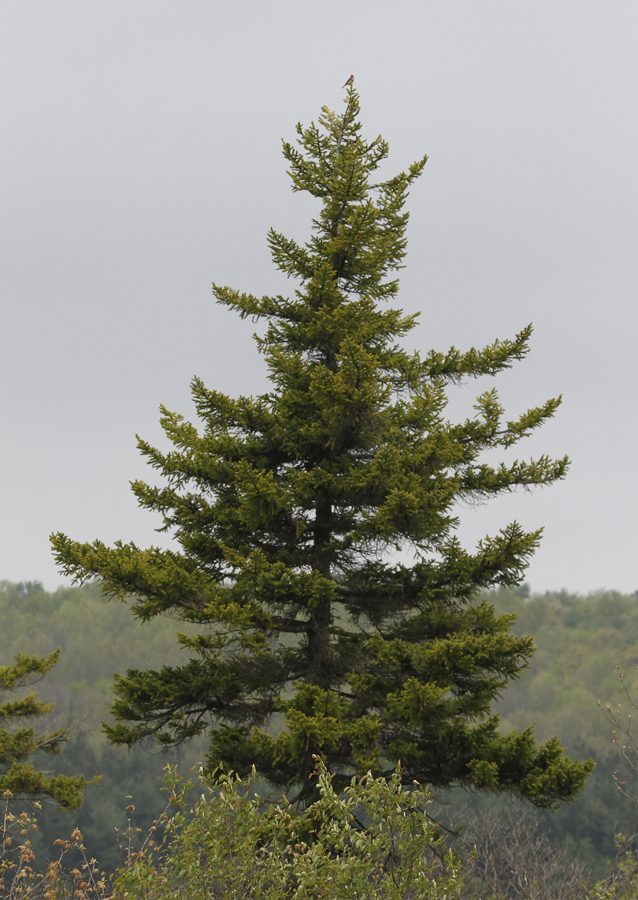 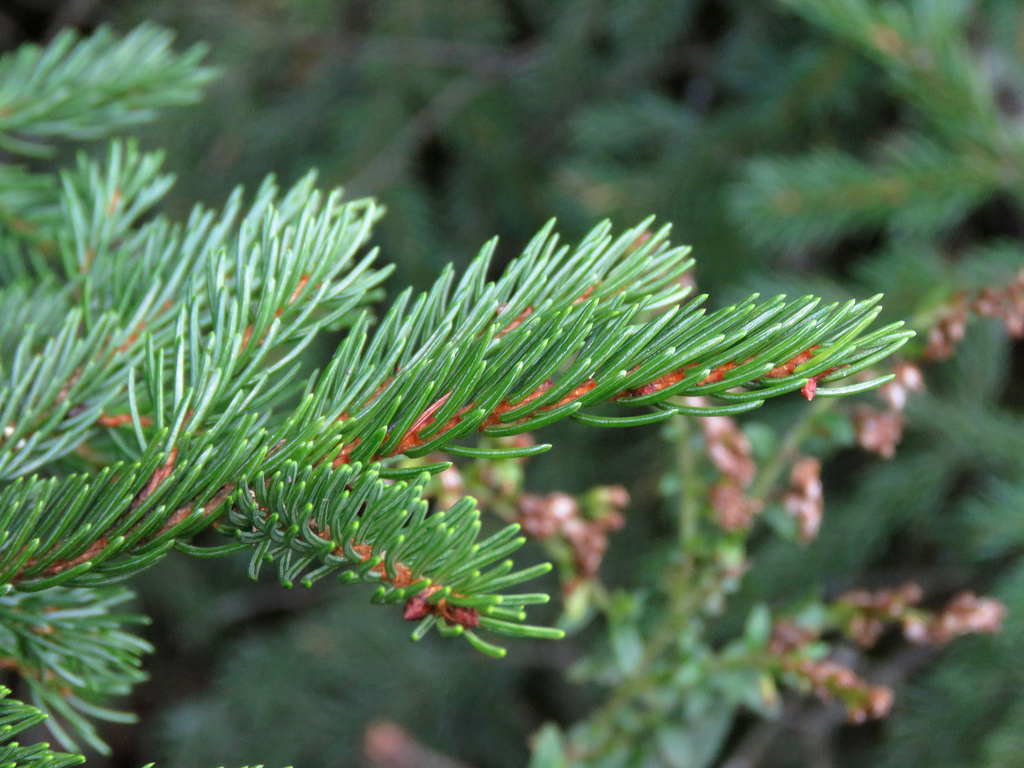 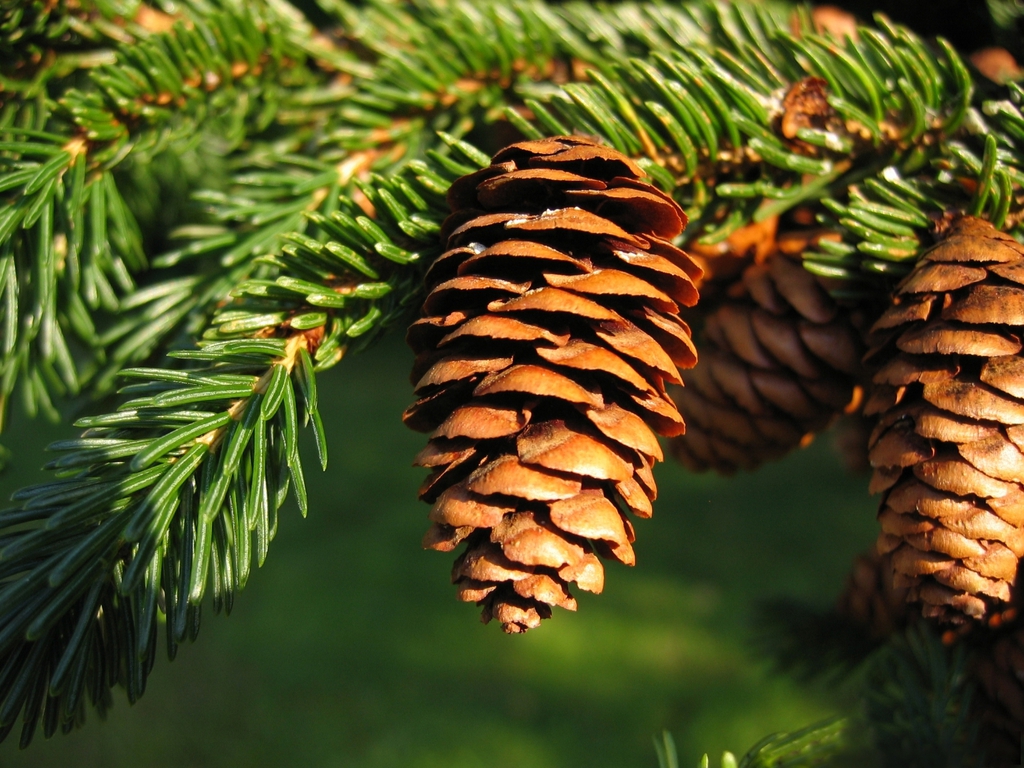 Red spruce can be found from the Canadian provinces of Nova Scotia and Southern Quebec to Eastern Ontario.  It is found throughout Maine, Vermont and New Hampshire and in Eastern New York.  Scattered populations occur along the Appalachian Mountain peaks to North Carolina ¹.  It is located solely in far  western Maryland in Garrett and Allegheny Counties ².  It’s range is characterized by cold winters with an average of 100 to 140 days of snow cover and 0 to 8 F minimum temperatures and by cool summers with maximum temperatures below 80 F ¹.

Because of the wood has high elasticity and uniform texture, red spruce is widely used for construction of musical instruments such as violins, guitars and piano sounding boards ³.

Red spruce populations in the central Appalachian Mountains have been reduced by 90% due to logging ².  It is also susceptible to air pollution ³.  It is intolerant of fire ¹.  Spruce budworm, Choristoneura fumiferana, is the most important damaging insect ¹.  Other harmful insects include the spruce budworm and sawfly larva ¹.