Norway maple is a member of the cashew family (Sapindaceae).  It is a tree that usually reaches 50 feet tall ¹, but may reach 100 feet 8.  It has opposite leaves that are three to six inches long and are palmately lobed with five lobes resembling sugar maple.  However, it has several points between the lobes and  exudes a milky sap from the broken petiole that distinguishes it from sugar maple ¹.    The leaves turn yellow in the fall rather than the orange and red of sugar maple.  It flowers are yellow-green and produce fruits that are double-winged samaras with oppositely spreading wings ¹, further distinguishing it from sugar maple . 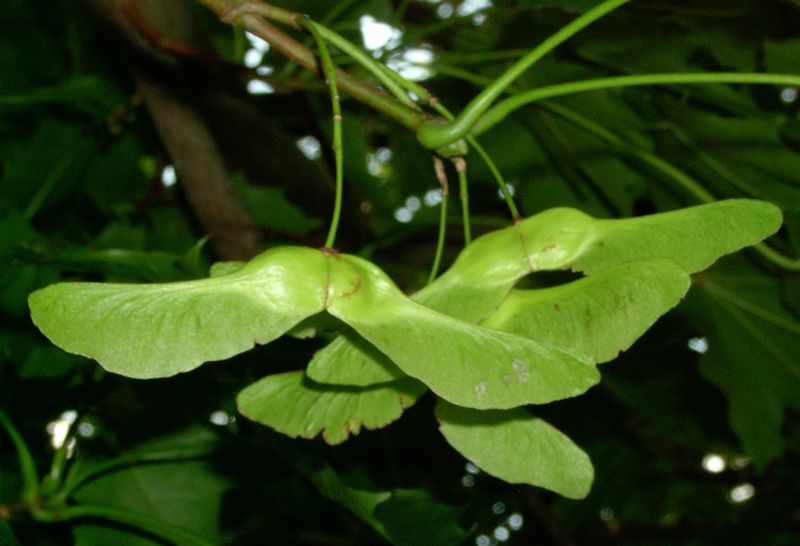 Norway maple is an introduced species from Europe ².  It is widely planted throughout North America ², especially in the Northeast US and Canada and the Pacific Northwest.  It has naturalized in the Northeastern  USA and Midwest. 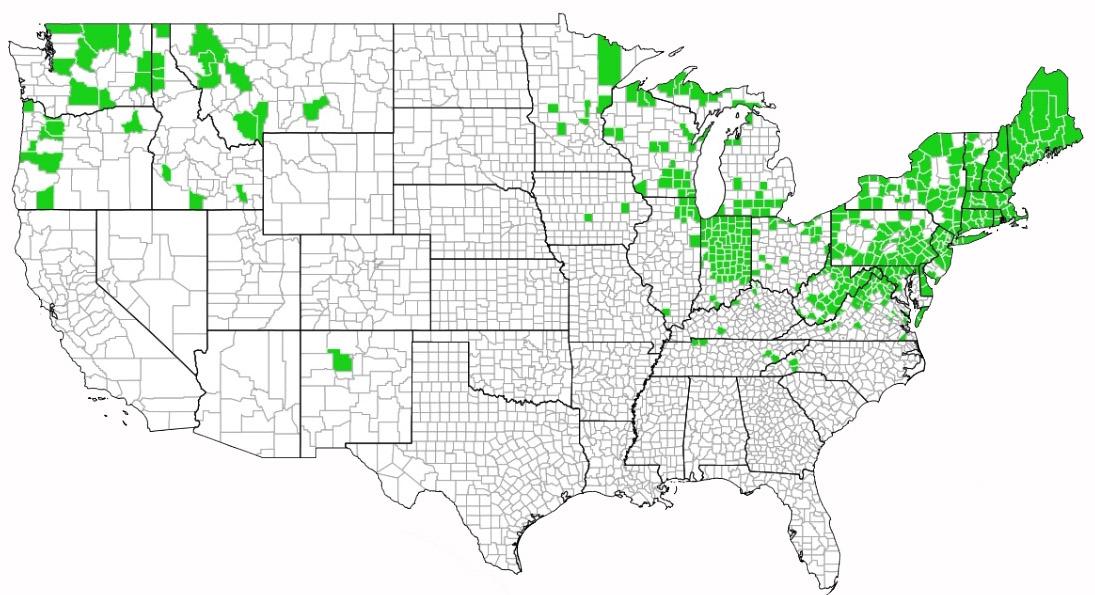 Distribution of Norway maple in USA 8.

Widely used in the horticultural trade for urban trees, it poses problems for sidewalks and  walkways.  The deep shade it casts causes problems growing anything beneath the drip line of the canopy 1,2. The wood is used in furniture, flooring and musical instruments 6.

Norway maple has few threats.  It is susceptible to verticillium wilt.  It is considered an invasive species throughout its North American range 5,8.  It is banned for sale in New Hampshire and Massachusetts and is considered invasive by Maryland.