Red hickory, also called sweet hickory or sweet pignut hickory, is a member of the walnut family (Juglandaceae) ¹.  It is a tall tree reaching 100 feet in height with a mature diameter up to 3 feet.  The bark of young trees is gray with irregular furrows while the bark of mature trees forms plates that separate at the top and bottom producing a shaggy appearance ²,  but not as shaggy as shagbark hickory.  The leaves are pinnately compound, typically with 7 leaflets, and are 12 inches in length and 8 inches across ².  The presence of a red petiole of some individuals is the source of the common name.  Separate male and female flowers are on the same tree (monoecious).  Male flowers are in 2 to 4-inch catkins and the female flowers are red in groups of 2 or 3 at branch tips ¹.  All are relatively inconspicuous.  Fruits are round drupes, 1 to 1.5 inches and are surrounded by a 2 mm-thick shell that splits to the base at maturity ². 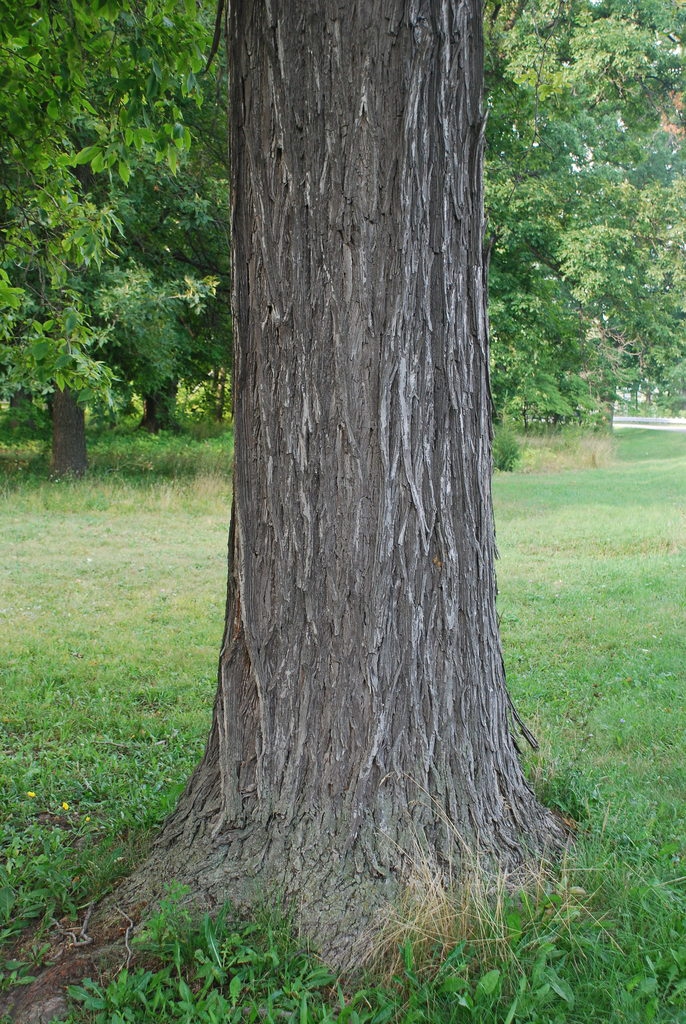 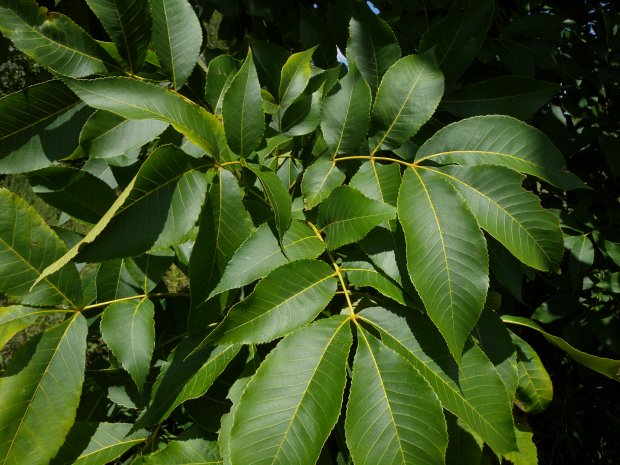 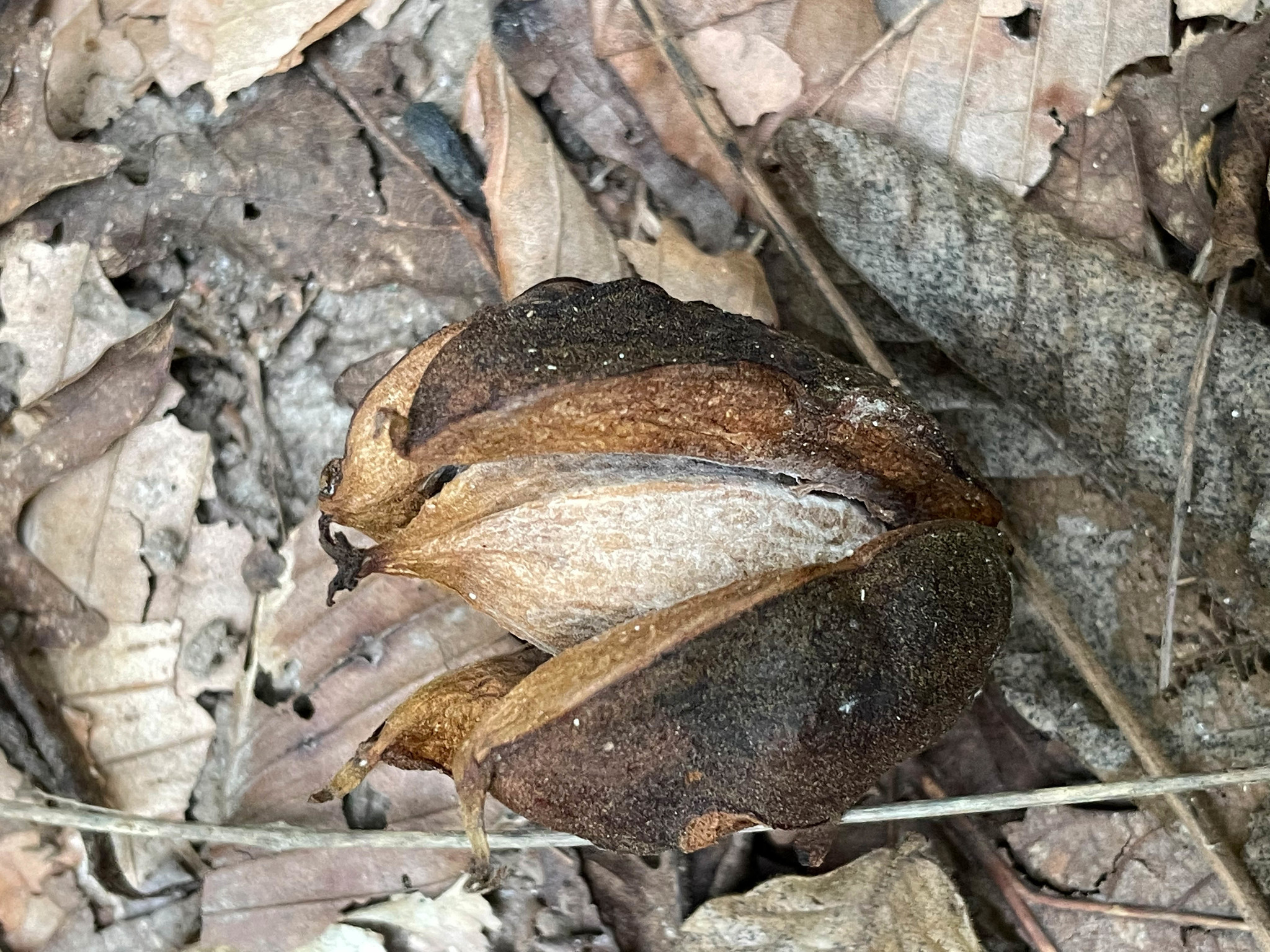 Red hickory is a tree of central and Southeastern USA.  It is distributed from Maine to Wisconsin and south to Louisiana and Florida.  Nowhere abundant in Maryland,  red hickory can be found in the Piedmont uplands from Howard to Charles Counties and also in Talbot Counties ³. 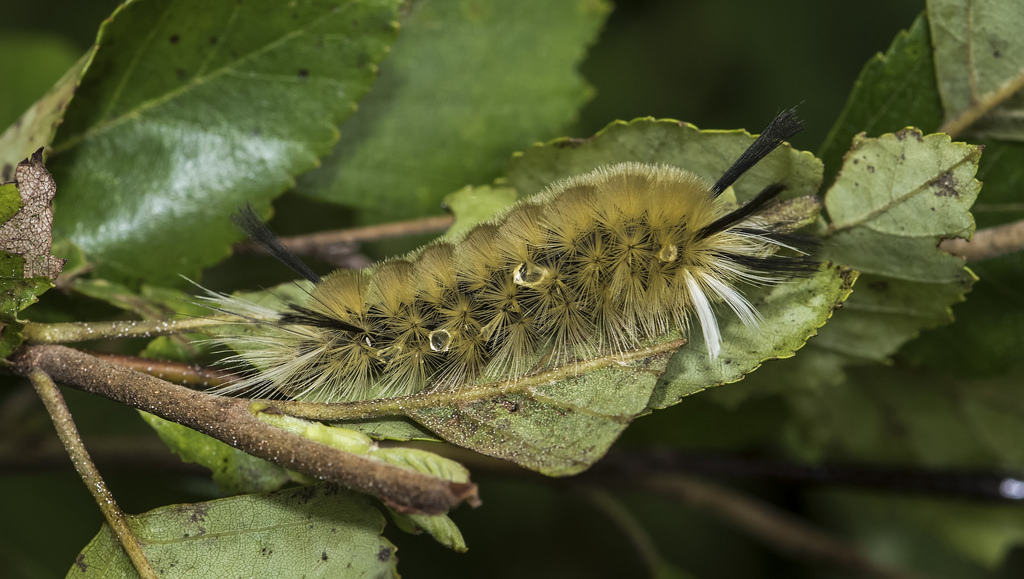 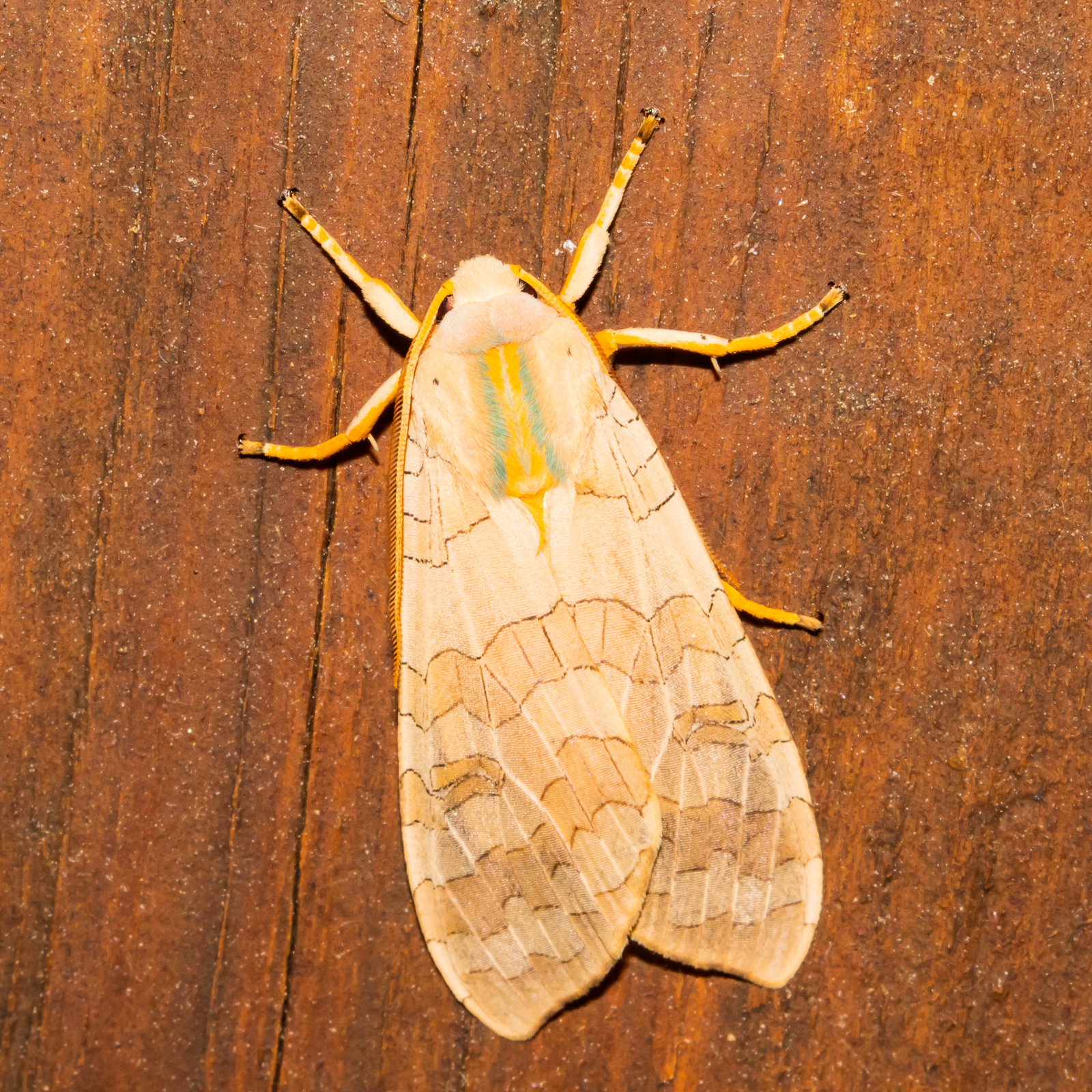 The wood is extremely hard and is used to make tool handles, ladders, gun stocks and furniture 5. The nuts are edible.  Red hickory wood is used for smoked meets.