White ash (olive family, Oleaceae) usually grows to 65-100 feet tall and has branches stemming equally around, which makes the tree develop into a rounded shape at maturity¹.  Its leaves are dark green, opposite, pinnately compound with seven leaflets, pinnately veined, with teeth at the pointed tips².  White ash is strictly dioecious, with male and female trees¹.   When it flowers between April and May, its flowers are small and range in color from green to purple and are stationed in clusters at the tips of branches¹.  The bark of this tree is a dark gray color, and is extremely thick with diamond shaped ridges².  The fruit produced by this tree is called a samara, which is a winged fruit a little over one inch long that hangs in clusters and can remain on the tree for the entire winter². 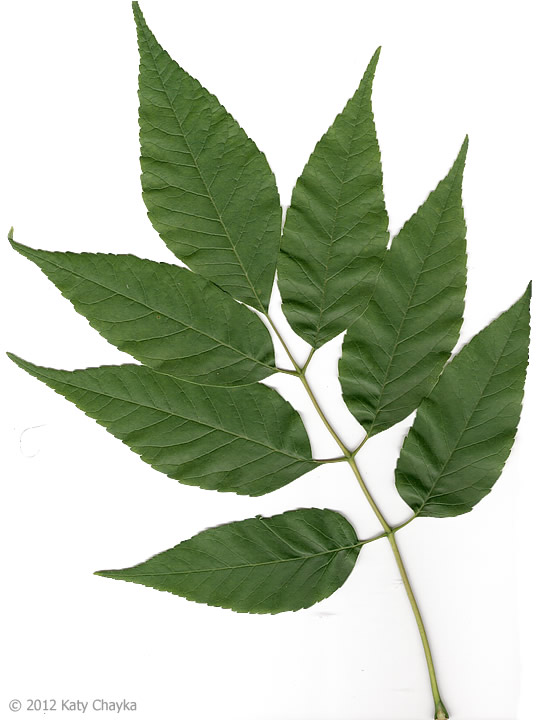 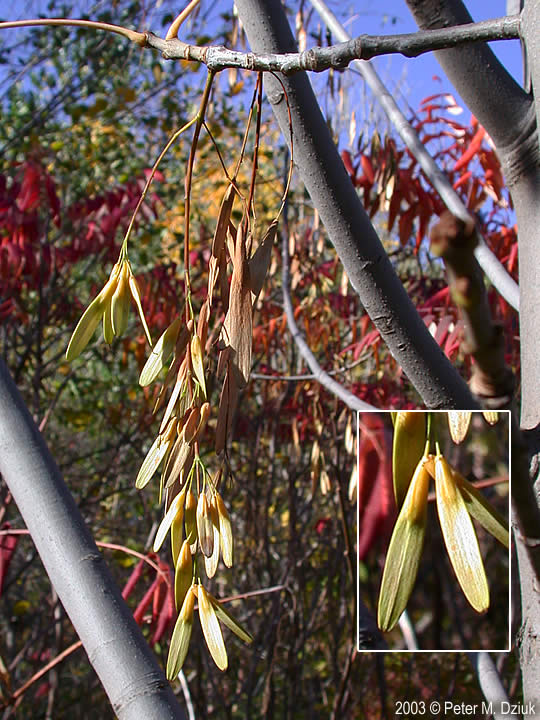 White ash grows in most areas of eastern North America, and is only missing in areas of the outer Atlantic and the Gulf plains¹.   In Maryland specifically, it can be found throughout the state, but most commonly in the central and western counties3 . 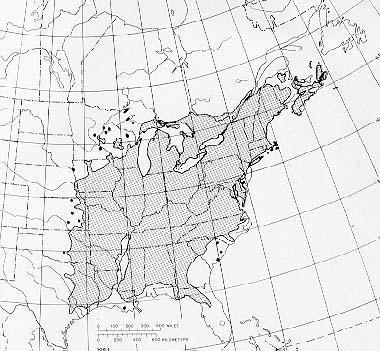 Wood ducks, finches, cardinals, and other North American bird species eat the seeds of the white ash⁴.  Its wide canopy provides ample space for birds to nest as well.  Mammals such as deer, and cattle may eat the leaves of the white ash, as well as beavers, porcupines, and rabbits may eat the trees’ young bark¹.

Wood from these trees has been found to be extremely valuable when making the handles of tools, as well as baseball bats, due to its shock resistance. More specifically, white ash wood is used in Louisville Slugger baseball bats8,  commonly used in Major League Baseball.

It is also heavily used in making furniture, antique car parts, and even things like canoe paddles and snowshoes.  It is said to be “the most valuable timber tree of the various ashes.”¹

These trees are threatened by an invasive insect known as the Emerald Ash Borer (EAB)5.  There are over seven billion white ash trees and the EAB could kill all of them within a few decades.  The larvae of these beetles chew through the bark of these trees, tunnel into the heartwood to pupate and the mature beetles feast on inner phloem and outer sapwood, which destroys the trees access to water and other nutrients5.  These trees are also prone to various diseases such as  rust disease9.   Trees can develop canker diseases which can cause branch dieback or even death to the tree as a whole9.  White ash is susceptible to atmospheric pollution including ozone, nitrous oxides and sulfur oxides.  These caused up to 90% mortality in portions of New York7. 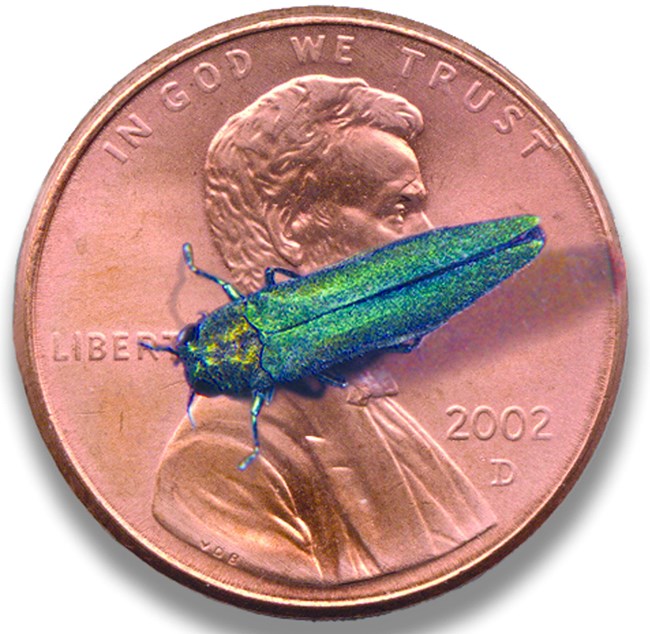 Contributed by V. McCann and D. Over