A member of the beech family (Fagaceae), scarlet oak typically reaches heights of 60 to 80 feet with a maximum of 100 feet and 48 inches in diameter¹.  It is a fast growing tree³.  The thin bark  has smooth streaks and is gray to light brown with a reddish inner bark.  The pinnately lobed, 4-7 inch leaves are deeply incised with broad, C-shaped sinuses extending close to the midrib and bristle tips on the 7 (but may be 5-9) lobes3,5.  The underside of leaves has hairs in the axils of the veins4.  Scarlet oak is monoecious with male and female flowers on the same tree.  The male flowers are in catkins, long clusters of flowers, and the female flowers are on short flower stems (peduncles).  Acorns are one-half to one inch long with the cap covering one-half of the nut4.  The acorns mature in two seasons and over-winter before germinating in the spring. 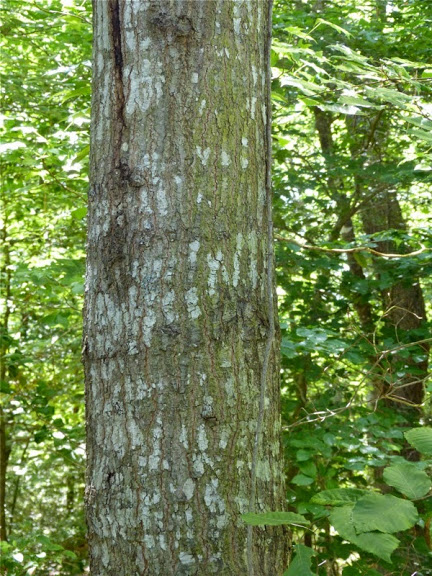 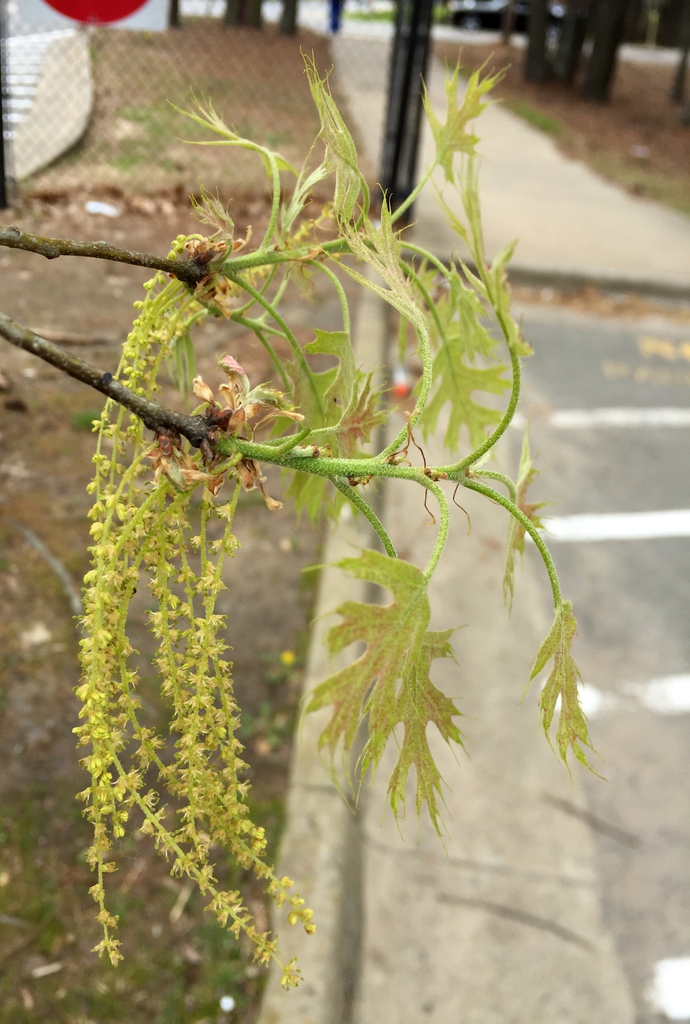 Found primarily on dry upland soils, scarlet oak ranges from southern New England, southwest to the Missouri Ozark Plateau, across Alabama, and west of the Fall Line to Maryland, Delaware and New Jersey¹. It reaches its highest abundance in central Maryland, on south facing slopes of Western Maryland and the dry, sandy soils of the Eastern Shore². 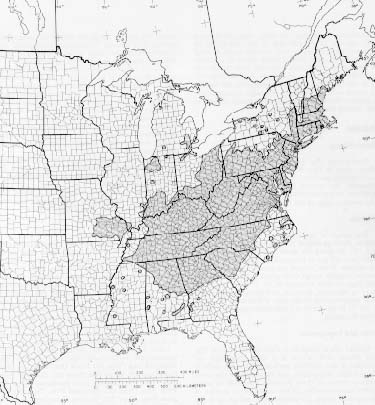 The acorns of scarlet oak are the preferred choice of gray squirrels, chipmunks, mice, deer, bears, wild turkey, blue jays and red-headed woodpeckers¹.  Up to one-half of the acorns are removed from the trees before they fall to the ground¹.  Scarlet oak is the host plant for several species of hairstreak including Banded and Edward’s Hairstreak and the Juevenal’s Duskywing butterfly³.

Scarlet is a frequently used landscape tree because of its showy, crimson fall color, rapid growth and its tolerance to drought1,3.  It is used in construction, such as flooring, where its wood is mixed with other oaks¹.

Scarlet oak is highly susceptible to oak wilt (Ceratocystis fagacearum) resulting in rapid decline and death³.  Because of its thin bark, it is intolerant of fire.  A number of insects defoliate or bore into the trunk of scarlet oak¹.