Winged sumac is a member of the cashew family (Anacardaceae).    Alternative common names include flame leaf sumac,  dwarf sumac and shining sumac 5. This shrub  or small tree that seldom reaches heights over can 10 feet ¹, but can  reach 20 to 30 feet ³.  The shoots spread vigorously by root sprouts, but end to lose vigor after 15 years ¹.  The alternate leaves are 16 to 24 inches long, compound with 7 to 21 leaflets, and with “wings” that connect each leaf along the leafstalk ¹.    Winged sumac is deciduous,  and its leaves turn scarlet red in the fall ¹.   Most populations of are dioecious with separate male and female plants ¹.  During July and September, flowers will blossom and are a yellowish-green color ¹.  The fruit is usually mature by the fall, and are red and hairy. Inside the fruit, each containing only one seed.    Seed germination of the seed is usually enhanced by fires and by the digestion of mammals or birds ¹. 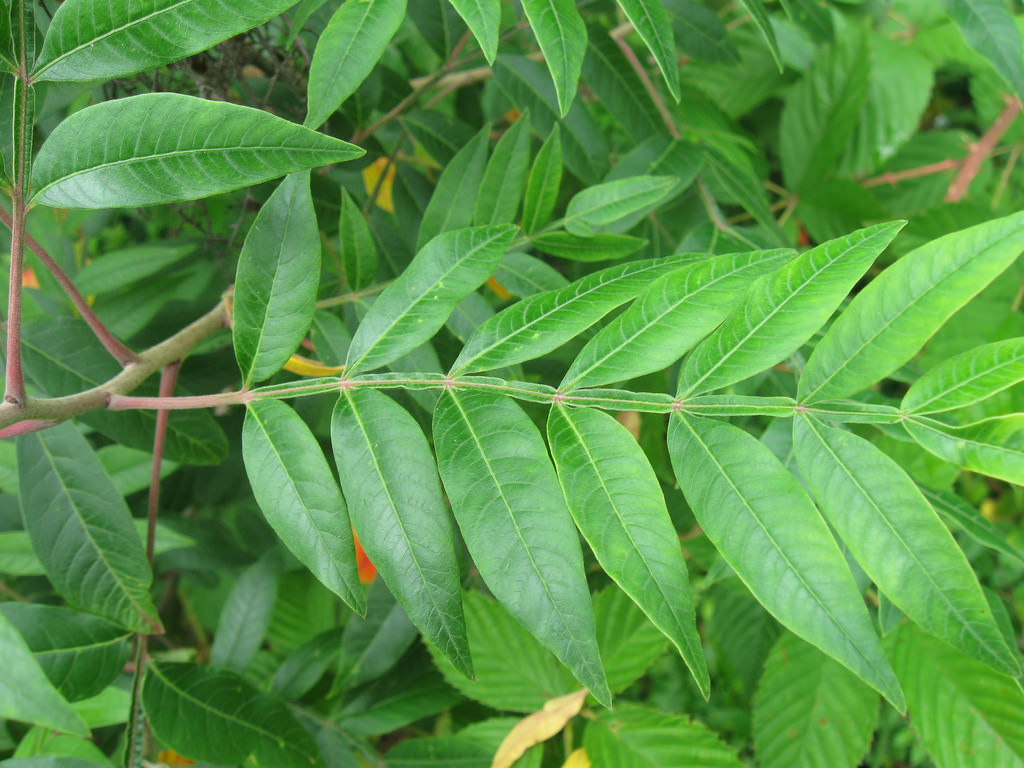 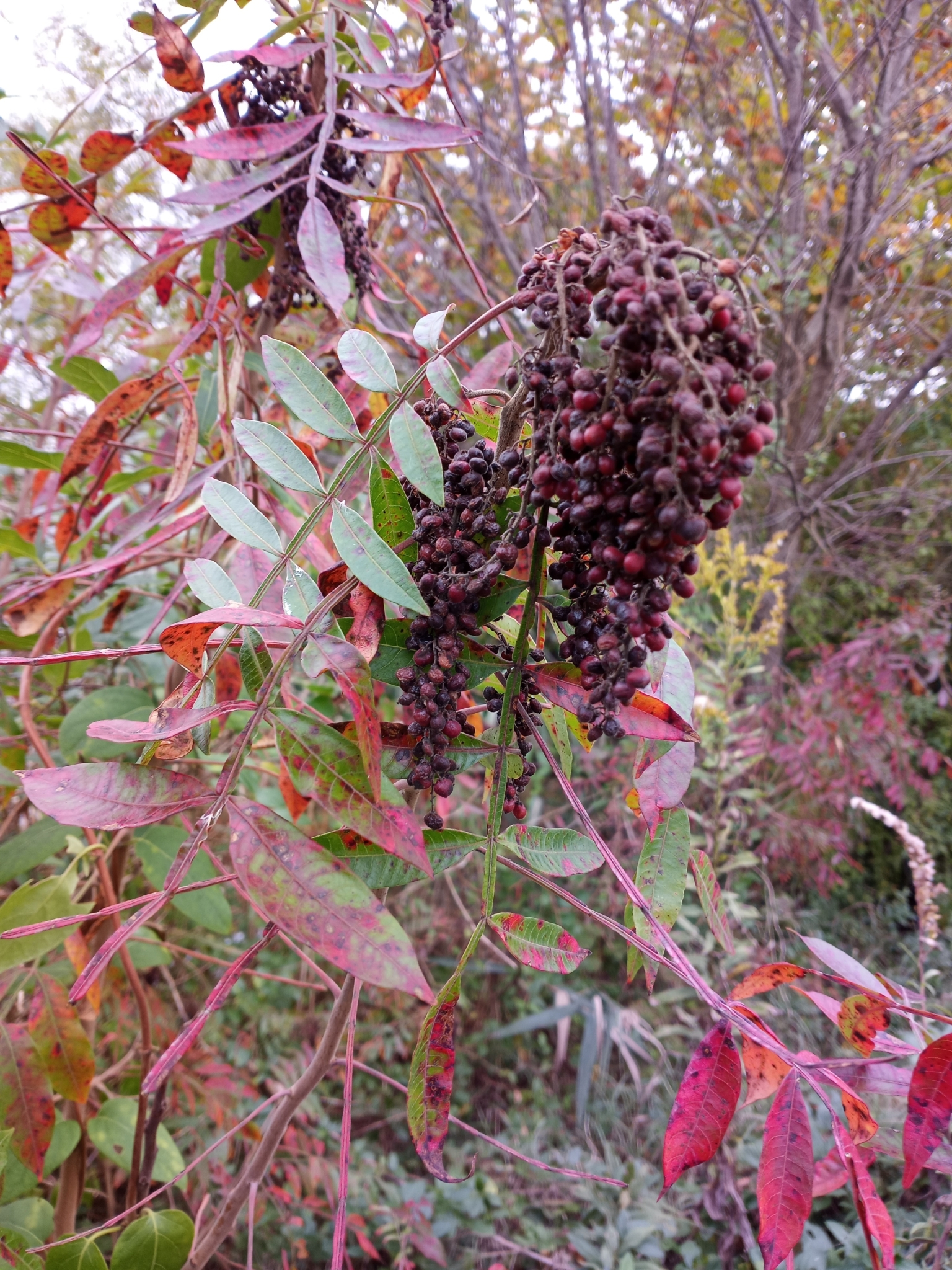 Winged sumac is distributed through the eastern United States all the way to the Midwest United States³. But also found in the northeastern part of Canada 4. With having such a vast area of native habitat, winged sumac is tolerant to drought and well adapted to fires³. The ideal conditions for this shrub are low bottomlands and well-drained soil³. In Maryland, winged sumac is  found throughout the state but is most common on the coastal plain ².

The winged sumac serves as an emergency source of food for many species of birds ¹.   When food is getting limited in the winter, white-tailed deer and rabbits will forage and eat the twigs³.  Winged sumac produces berries and are desirable to songbirds, wild turkeys, and grouse³.  When the berries are mature and ripe, they are a red color, and this tends to attract the animals ³.  Winged sumac is host to numerous insects ². During the spring, when in flowers, this plant is important to pollinators such as  butterflies and moths that collect the nectar 5. It is host to the Red-Banded Hairstreak and Luna moth 5.  This helps with reproduction of the plant because the butterflies and moths pollinate to the female flowers 5.

Winged sumac does not have a huge importance, but many people like to use this plant as an ornamental 6. Sometimes this is considered a pioneer species because they are easy to growand the bright red fall leaf color 1,7. Today winged sumac is usually consumed by people in a drink resembling lemonade from their berries 7. The berries are tart when the fruit is ripe 7. Just like grapes and apples, the berries of the winged sumac contain malic acid on the outside and people know its ripe when tasting the malic acid 7.

Winged sumac does not face many problems because it is quite “hardy” 8. It does face some host problems from insects like aphids and mites 8. This shrub might also face some leaf spots, sun damage, and some browning of the leaves 8.