Tamarack is a deciduous conifer that is a member of the pine family (Pinaceae).  Its common name is derived from an Algonquin term for wood to make snowshoes.²  It is a medium size tree that may grow to 75 feet in height and 25 inches in diameter. ¹  It has thin bark. ¹  Its needles are up to one inch long and are found in clusters of up to 20 on dwarf branches. ¹  The needles are blue-green 5 in the summer and turn bright yellow before falling in the fall.1,4  Male and female cones are on the same tree (monoecious), with the female cones bright red in the spring and the male cones are yellow. ³  Seeds are wind dispersed. 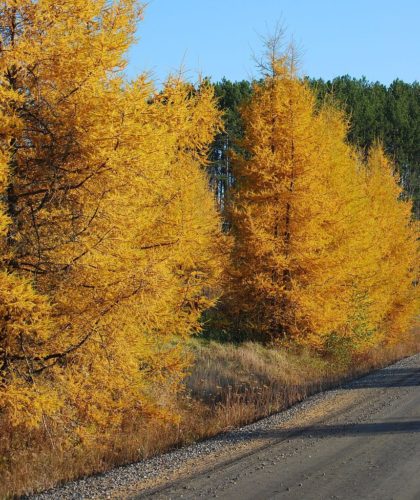 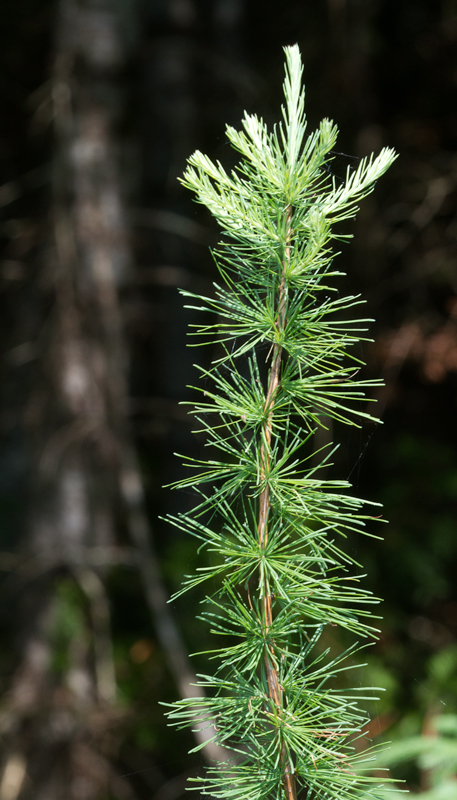 Tamarack is a boreal species distributed across Canada from Labrador to British Columbia and in the United States from Wisconsin to New England and south to West Virginia, Maryland, Pennsylvania and New Jersey.  A disjunct population is found in Alaska.¹  It is found in poorly drained, peat-based substrates in forested bogs.¹  In Maryland it is found in western Allegheny and Garrett counties.4   It is considered as a Maryland endangered species and is listed as state rare (S1). 4

Large mammals such as deer and moose do not graze on Tamarack. ¹  Smaller animals such as snowshoe hare, red squirrels and porcupine consume different parts.¹  Seed-eating birds such as pine siskin and crossbill eat the seeds.¹

Large stands of tamarack can be destroyed by larch sawfly larvae¹.  It is highly susceptible to fire. ³