Common hoptree  is a member of the rue family (Rutaceae). ¹   It is a small, deciduous tree up to 25 feet in height and trunks usually less than 8 inches in diameter.  The bark is brown and ill-scented.  The alternate, compound leaves are trifoliate with each leaflet sessile and 2-5 inches long. ²    The flowers are small but clustered terminal inflorescences. ²  They are pollinated by carrion flies. ²  Fruits have broad, veined wings that are nearly circular and 1 inch in diameter. 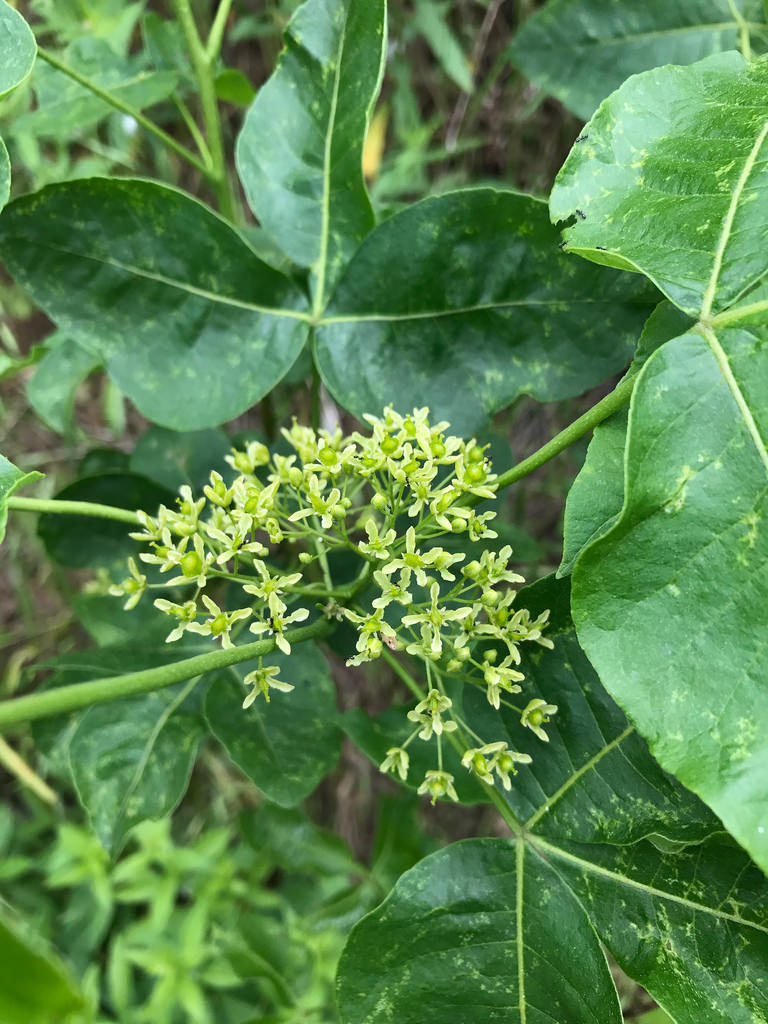 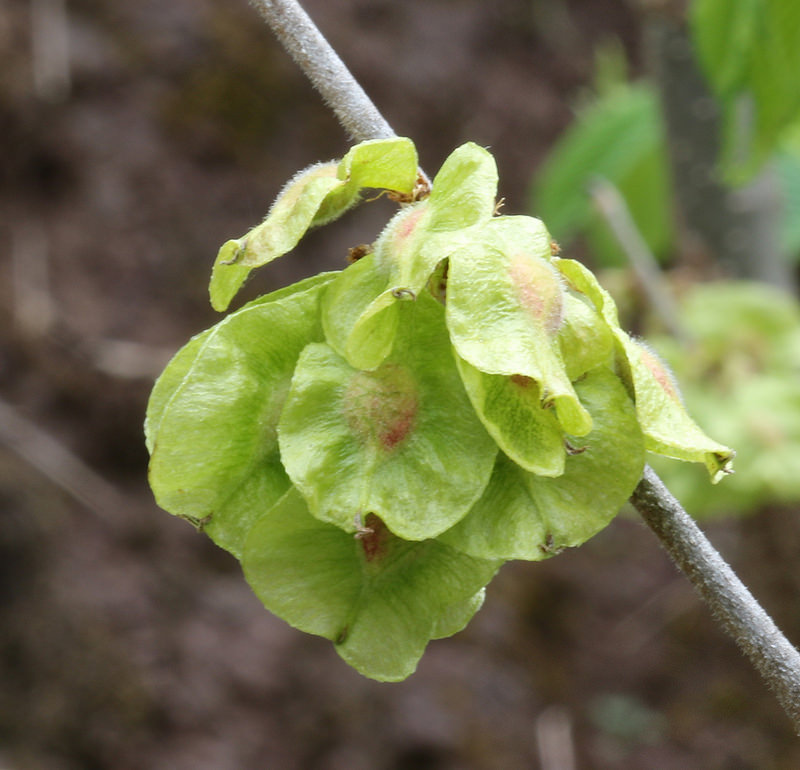 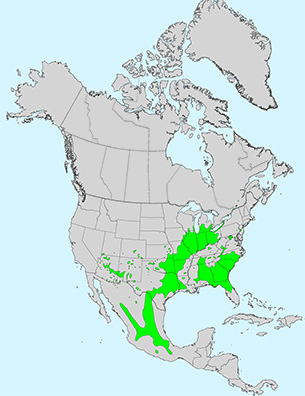 Common hoptree is used horticulturally as a hedge species, but has little commercial importance. 6 It has several medicinal uses such as a tonic and antibacterial and has a soothing effect on mucus membranes. 6

Common hoptree has limited distribution inCanada where it is listed as a species of special concern. 7 It is listed as Critically Imperreled (S1) in New Jersey and New York and Vulnerable (S3) in Maryland. 7