Arborvitae is an evergreen gymnosperm belongs to the cypress family (Cupressaceae).  In addition to arborvitae, it is called American arborvitae, northern white cedar, eastern white cedar and swamp cedar.   It is a medium-sized tree that commonly reaches heights of 50 feet and diameters of 24 inches. although it can grow to 80 feet and 60 inches in diameter².  Bark is thin and fibrous7.  The leaves are small, overlapping scales closely appressed to the branch.  It doesn’t reach reproductive age until 30 years and is best after 75 years7.  Arborvitae is monoecious with its female cones about 3/8 inch long and eight seed-bearing scales.  Male cones are smaller.  Cones are produced and seeds shed in one season².  The seeds are wind dispersed². 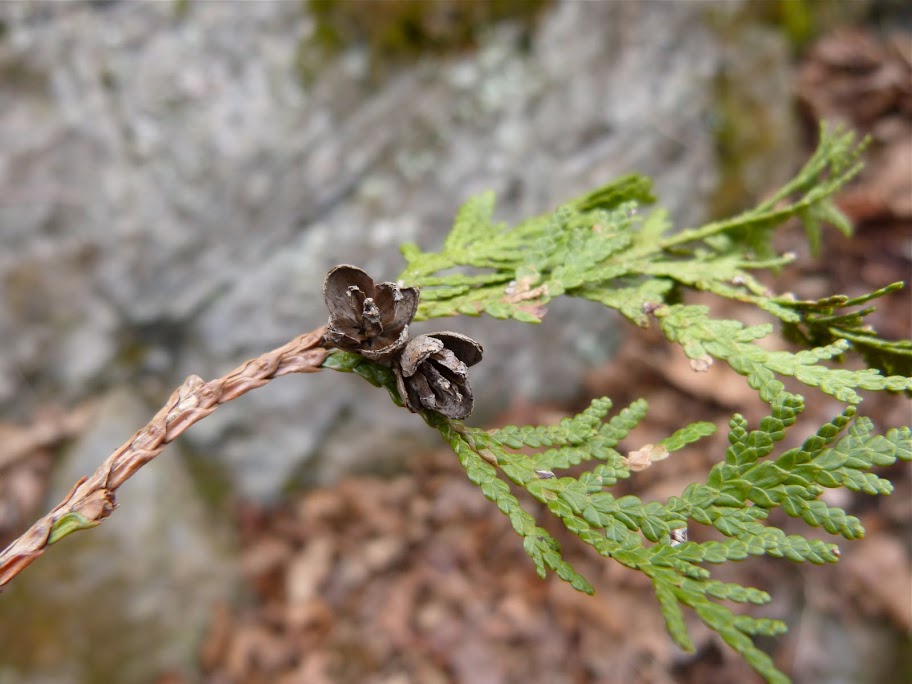 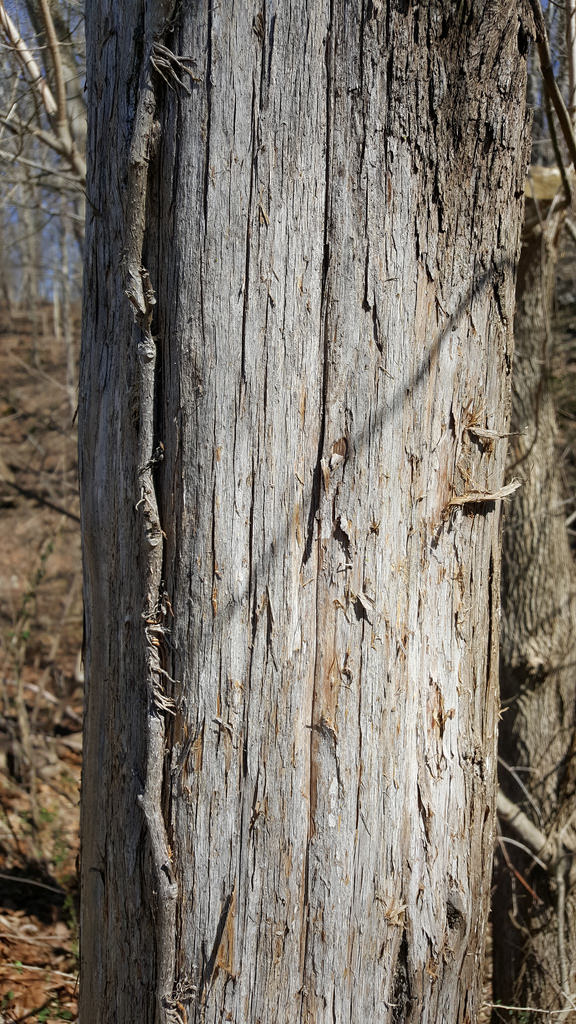 The native distribution of arborvitae extends across southern Canada from Nova Scotia to Manitoba and then across the northern tier of the United States.  Scattered populations are found elsewhere and along the Appalachian Mountains².  In Maryland it is restricted Washington and Allegany Counties¹ and is listed as highly state rare (S1)³.  It is widely planted as an ornamental.  In northern regions arborvitae is found on rich organic soils with mineral-rich soil water².  It thrives in areas with limestone outcrops² and grows best in soils with a neutral to alkaline pH range of 6.0 to 8.05. 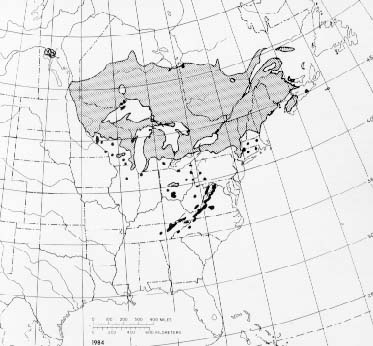 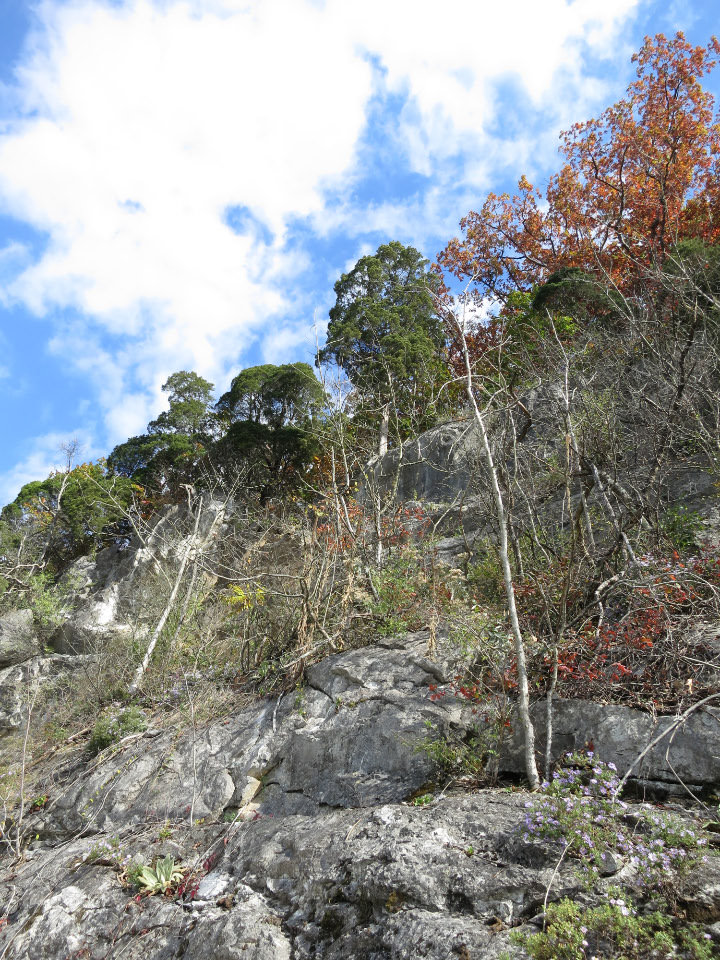 In its northern range arborvitae provides shelter and browse for numerous animals including deer, snowshoe hare, and porcupine².  Several species of warblers, including black-and-white and magnolia warbler, white-throated sparrows and kinglets are common in arborvitae stands².    In the summer the trees are used for nesting and shelter by robins, grackles and house wrens4.  Pine siskin and red squirrels eat the seeds4.

Because of its rot-resistant quality, arborvitae is used for fence posts and rails².  It also has numerous other uses including construction of canoes².  It is widely planted as an ornamental4.

Arborvitae has few serious diseases but is susceptible to flooding when road, beaver dam or pipeline construction impede the flow of water through its habitat².  Ornamental arborvitae are subjected to bagworms (Thyridopteryx ephemeraeformis) which can defoliate the tree6.  These can be easily removed by hand.  Because of its thin bark, arborvitae has a low tolerance to fire².