Umbrella magnolia, also knows as umbrella tree, is a member of the magnolia family (Magnoliaceae).  These trees can grow up to 30 feet, yet their mature height range is from 15-30 feet¹. Their mature spread with multiple trunks is about 15-30 feet as well making it an even growth².  The leaves on the umbrella trees are large, oblong, in an ovate shape with a base that resemble a “V- shape”³.  Each leaf can reach up to 24 inches in length and 10 inches wide². These leaves have an alternate arrangement yet appear in a cluster near the ends of the petiole, giving it its characteristic look like spokes of an umbrella¹.  The color of the leaves is a shiny green on the adaxal (upper) side and pale green with soft hairs on the abaxal (lower) side².  The flowers are an unpleasantly smelling, creamy white that appear as “bowl- shaped” and can reach up to 6-10 inches across5.  These flowers bloom with 6, 9, or 12 tepals, meaning the petals and sepals appear indistinguishable, in the spring shortly after the large leaves emerge².  As it nears mid to late summer, the flower is followed by fruit that emerge as a reddish, 4-6 inches long cone-shaped aggregate fruit¹.  Later in the fall, the fruit ripens and shortly after the leaves are dropped6.  The bark of the M. tripetala appears as a light gray color that is thin and smooth5. Magnolia tripetala are commonly found throughout their native range in the eastern to southeastern deciduous forest of the United States6.  They are specifically common in the mountainous region of the southeastern U.S., among the Appalachian and Blue Ridge Mountain range5.  These areas provide and hold a lot of moisture due to frequent rainfalls, especially around the Great Smoky Mountains National Park area; therefore, proving to be common in the area. Ideal growing conditions include moist, slightly acidic, organically rich, and well-drained soil loams in partial shade5.  As an understory tree it can tolerate full to partial shade5.  The trees are distributed in areas that provide cooler temperatures in the shade.

Based on their natural distribution map, they are found natively in various areas of the following states: Pennsylvania, Maryland, Ohio, West Virginia, Virginia, Kentucky, Tennessee, North Carolina, South Carolina, Georgia, Alabama, Florida, Mississippi, Arkansas, Oklahoma, and Indiana. In Maryland, M. tripetala are found among the provinces of Appalachian Plateau, Piedmont Plateau, and Atlantic Coastal Plain and specifically found in the following counties: Anne Arundel, Baltimore, Calvert, Charles, Harford, Howard, and Prince George’s8,13.  Also, they can be found along the Maryland-Pennsylvania border and has been found to co-occur with bigleaf magnolia (M. macrophylla)  along the Patapsco River8. 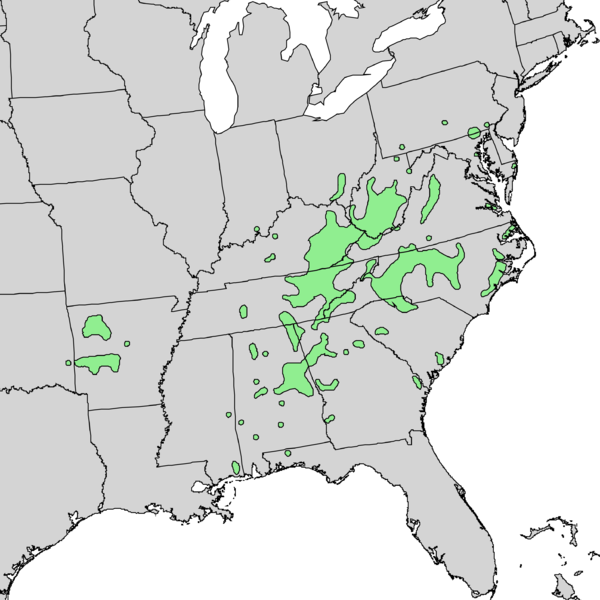 Umbrella trees are globally and nationally ranked as secure, G5/ N5, indicating low risk of declines, due to the large abundance in North Carolina, West Virginia, Virginia, Tennessee, and Kentucky while being natively found among other states9.  It has a rare and severely limited population (S1) in the following states:  Florida, Indiana, Mississippi, Oklahoma, where they are considered endangered9.  In Indiana, M. tripetala is listed as a state endangered tree due to its occurrence on five or fewer sites10. The coefficient of conservation for M. tripetala in Indiana is C10, indicating that their occurrence is restricted to high quality areas that undergo little human disturbance10.  In Pennsylvania, it is ranked as threatened (S2), due to the rarity of occurrence within the state11.  The vulnerable (S3) states include Maryland and Ohio, in which, the tree’s appearance is rare yet have a lower degree of risk to decline11.  Out of the five states that hold the highest abundance of umbrella trees only four are ranked secure, S5, due to the ideal habitat conditions.  In West Virginia, the coefficient of conservation is listed as C7 for M. tripetala, indicating that they associate with natural areas but can withstand slight land degradation12.  The remaining states are ranked as SNR, state unranked, or SU, unrankable11.  In some states, like New York and New Jersey, umbrella trees can be exotic and naturalized potentially due to horticulture.

A variety of wildlife seek the umbrella tree in order to find food and shelter. The tree’s structure and fruit attract animals such as birds, small mammals, and insect pollinators6.  In late spring when the large and covering leaves have fully emerged and the flowers have bloomed it provides a great location for animals to seek safety by being hidden behind the coverage.  The tree benefits as well from the interactions from birds and other animal’s by increasing the trees range of seed dispersal³.

There are typically few major threats to the tree whether it be from anthropogenic, insect, or disease. Although, if there are late frosts in the springtime it could cause damage to the flowers5. Commonly, among the magnolia family, the Magnolia Scale insects can put stress and harm the tree due to them feeding on the tree’s sap7. 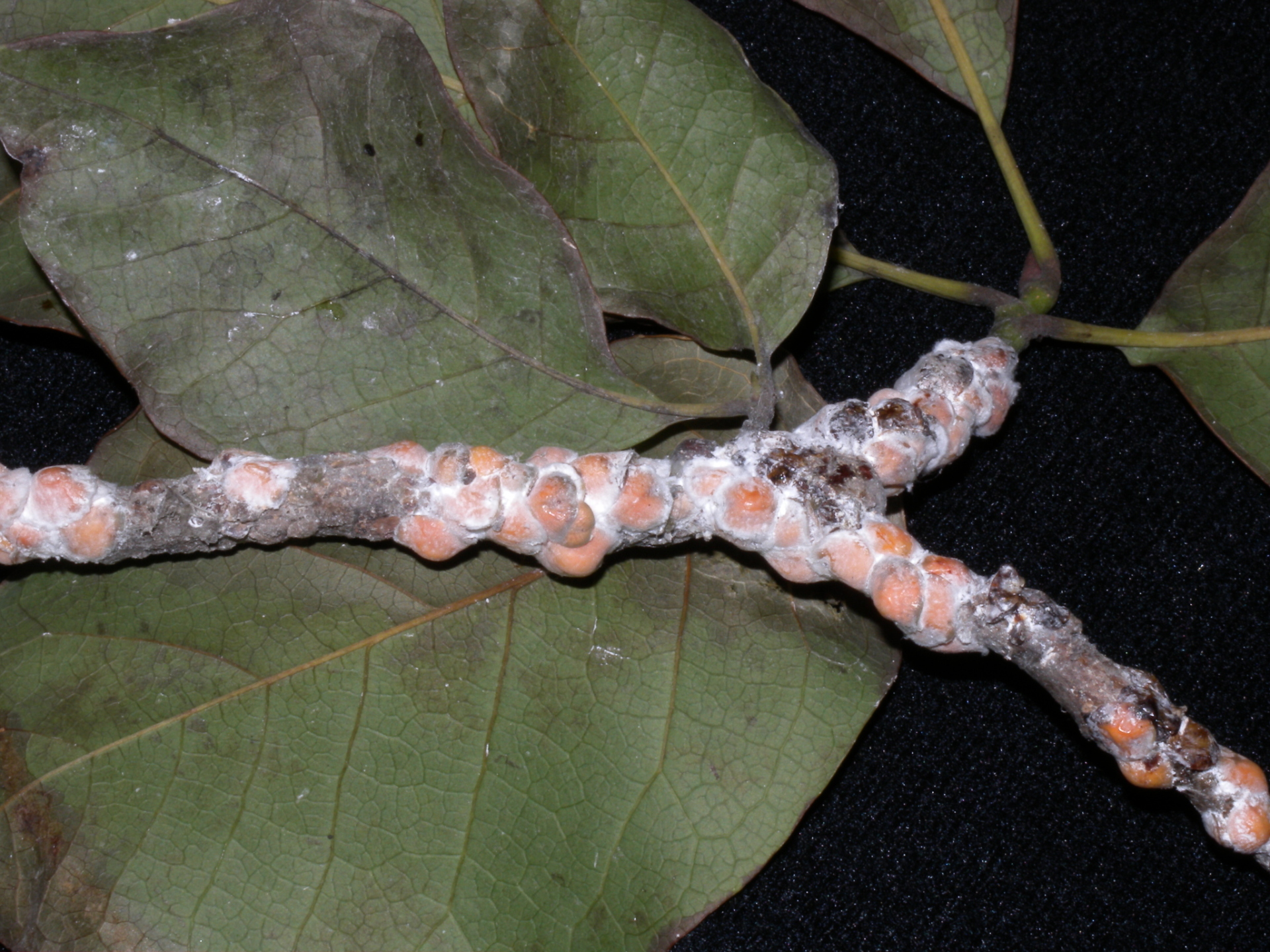