Black cherry, also known as a wild cherry or mountain black cherry, is a member of the rose family (Rosaceae).  The tree starts out very cone shaped and grows 25-110 ft tall.  Black cherry trees grow tall and slender when growing close to each other, but in open growth the tree is over hanging, with arching branches¹.  The southwestern varieties in North America can sometimes be shrubs¹.  Black cherry leaves are shiny on the upper side, with a flat and curved, oblong blade and finely toothed edges (serrated) with a pointed tip.  Mature leaves often have reddish hairs along the midrib on the lower side.  The glands at the base of the leaf blade are small.  The leaves emerge with a red tint and develop a deeper green as they mature².  Leaves are deciduous and in fall turn yellowish and orange.

White flowers emerge after leaves develop out in the spring from late May to early June in Maryland for 14-21 days6.  They form racemes of 20 or more flowers.  The fruits turn from dark red to black in August to October¹.

Black cherry bark starts out smooth and reddish brown with conspicuous lenticels, and as the tree matures its bark will break into curling outward scales².  The bark of a mature black cherry is one of the best ways to identify the tree.  This tree produces a cherry aroma from both its crushed leaves and bark.  The tree can also be poisonous since its bark, roots and leaves have concentrations of cyanogenic toxic compounds. 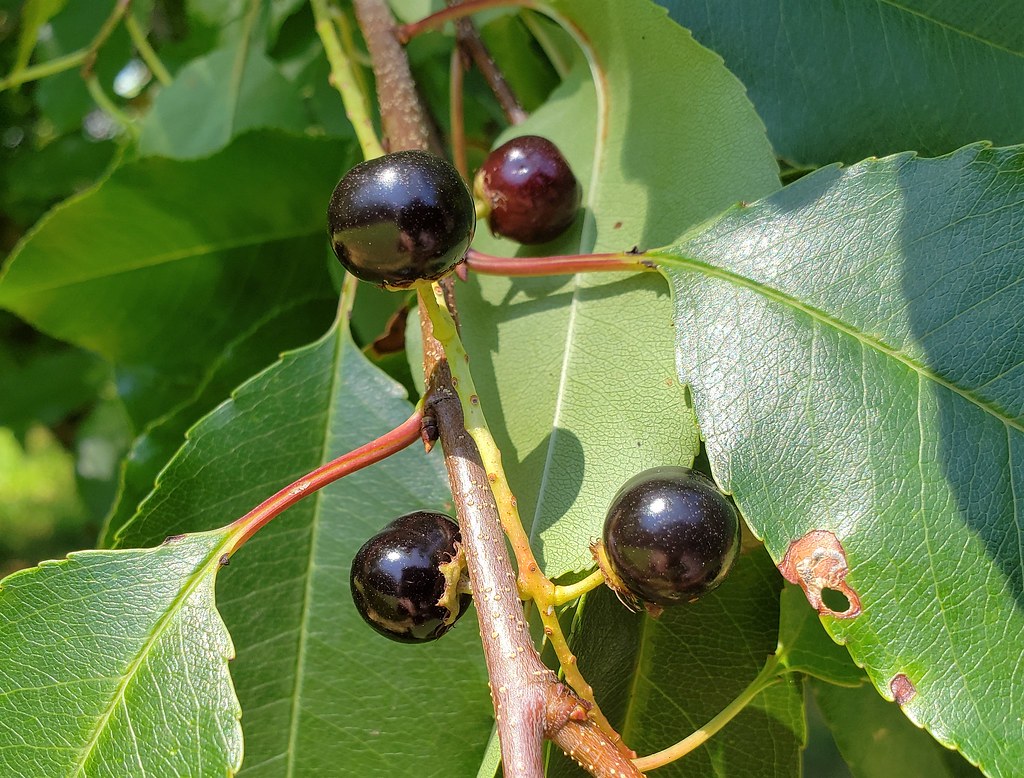 Black cherry is mainly found along the eastern coast of North America from Florida to Nova Scotia, southern Canada and western Minnesota to eastern Texas.  A variety is found in central Mexico and South America.  In Maryland, one can find this tree in every county. 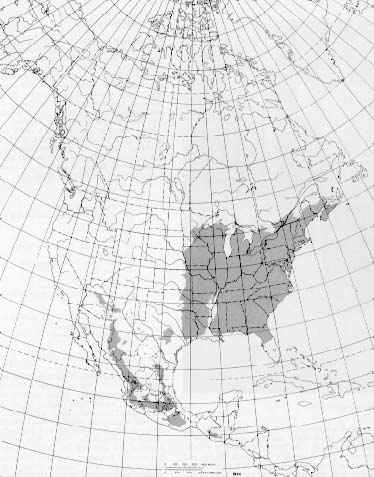 Raccoons and black bears climb black cherry trees to retrieve their berries².  Its berries are known to feed many mammals and at least 33 species of bird¹.  Their attractive leaves entice butterflies and many birds.  The tree provides nectar and pollen which attract honeybees and bumblebees, it is also a great larval host.  Black cherry is a great source of food for many insects. White-tailed deer and moose feast on leaves and twigs during the fall and winter, and these animals spread the seeds to new areas².

Black cherry’s wood is considered very valuable for its color; it is used for furniture, instruments, paneling, toys and handles.  The bark provides a cough medicine; wild cherry syrup, while its fruit is used to make jelly and wine and can be used as a seasoning as well.  The cherries are also pitted and eaten raw.  Its fruits and bark are safe for consumption; however, the rest of the plant can be toxic when ingested¹.  Most say to avoid any almond like smell which is a sign of cyanide. 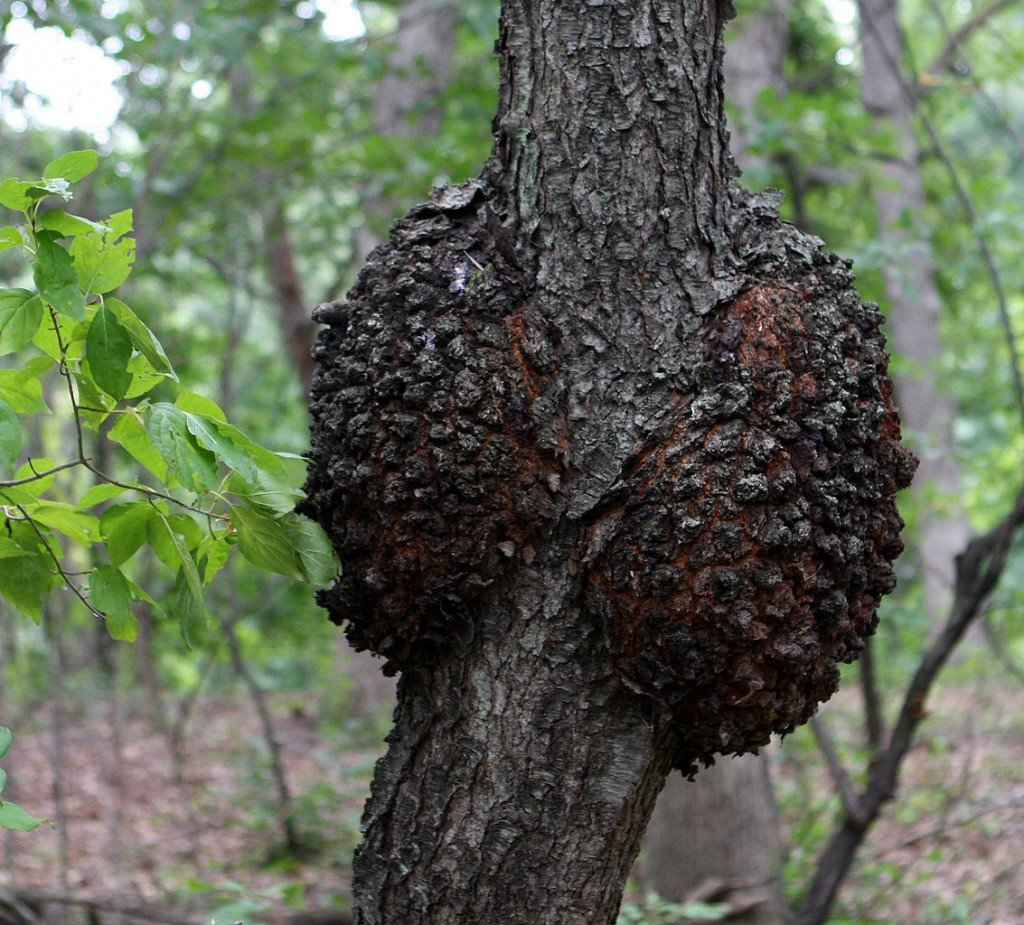