Eastern cottonwood has several alternative common names:  cottonwood, common cottonwood, poplar and Eastern poplar.  It is a member of the willow family (Salicaceae) and can attain heights of 100 feet. ¹  It is fast growing. bit relatively short lived. ¹  Young bark is  ash-gray but becomes deeply furrowed and dark when mature.  It has gummy end buds, which distinguish it from other poplars.  The leaves are triangular, 3 to 6 inches long with sharply serrated margins. ¹  The base of the leaf has 2 to 3 glands. ³ The petiole is strongly flattened, which causes the leaves to flutter in a breeze.  Flowers are dioecious with male and female flowers on separate trees in early spring. ²  Male inflorescences are 3 to 5 inches long. ²   Female inflorescences are 6 to 12 inches long with green flowers and fruits. ² They are wind pollinated.  The seeds have silky white hairs resembling cotton. ¹ 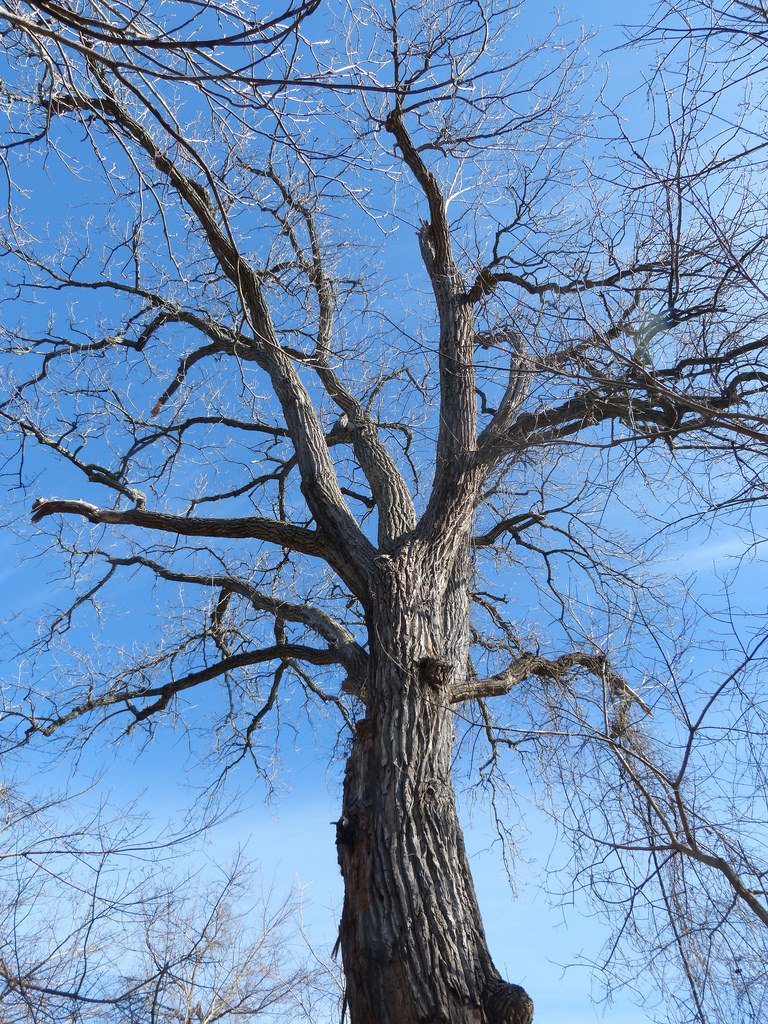 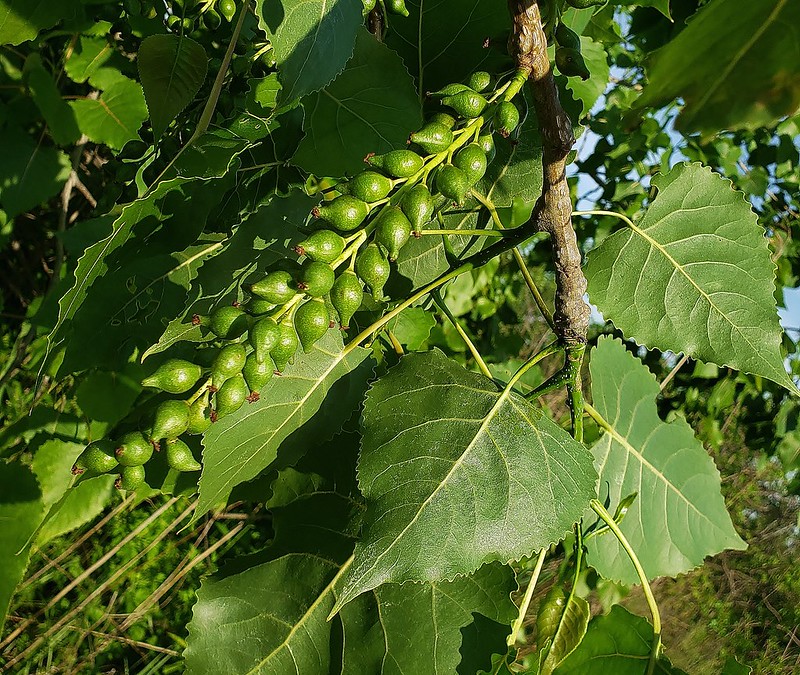 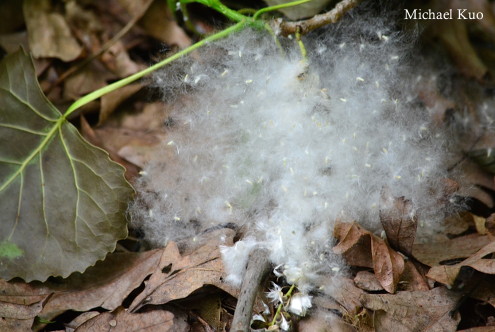 Eastern cottonwood ranges from southern Quebec to Montana and south to Texas and the southeast. ²  It is primarily a bottomland species on sandy or gravel soils. ² In Maryland it is common along the Potomac River drainage system and is scattered elsewhere. ³

The wood of eastern cottonwood is soft with little value for structural timber, however it is used for pulp to make high grade paper. 6 It is planted for that purpose. ²

Eastern cottonwood is highly susceptible to fire both as saplings and mature trees. ²  There are numerous boring insects that affect the tree. ²