Also known as rock oak or basket oak, chestnut oak is a member of the beech family (Fagaceae).  It derives its common name from the resemblance of its leaves to American chestnut.  Chestnut oak is a medium-sized forest tree, 50-70 feet tall, but can reach 100 feet in height¹.  It has dark gray, deeply furrowed bark.  Its leaves are oval, up to 8 inches long and with 10-16 pairs of parallel veins on each side ending in rounded teeth.   Flowers develop in April and are inconspicuous with male catkins and separate female flowers on the same tree (monoecious).  Chestnut oak is wind pollinated.  The acorns are up to 1.25 in long with the cap covering a third of the length.  They are without stalks.  As a member of the white oak group, the acorns mature in one season and germinate when shed in the fall.  Chestnut oak is often confused with similar oak species (chinkapin oak, swamp white oak, and basket oak).  It is separated by the closely appressed hairs on the lower surface of sun leaves 7. 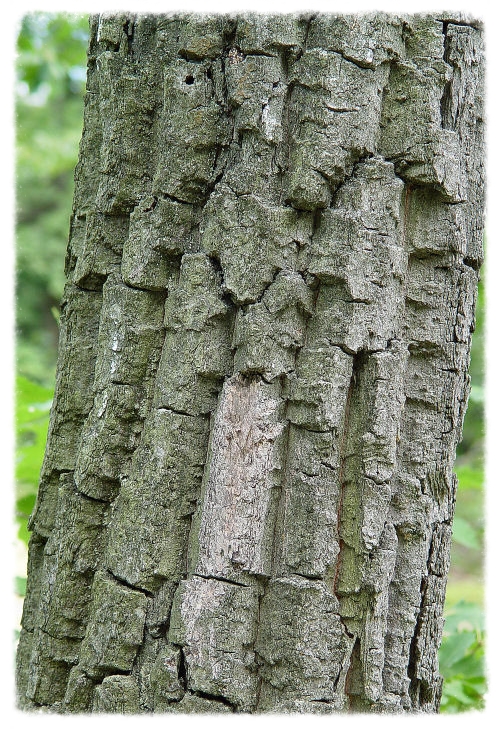 Chestnut oak has a distribution in the middle-eastern United States from southern Maine to Alabama in the Piedmont effectively following the Fall Line.  It extends northeasterly from Kentucky to southern New York¹.  It grows on dry, upland sites in well drained soils¹.  It is found throughout Maryland, but is rare on the lower Eastern Shore4. 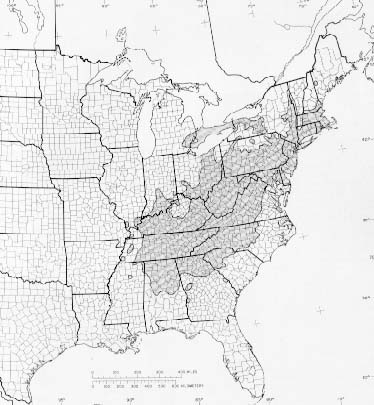 Like most oaks, chestnut oak provides food for a number of animals such as deer and squirrels.  Turkeys also consume its seeds¹.

Chestnut oak is sold as white oak in the lumber trade and used for flooring, furniture and cabinets.

As with other oaks, chestnut oak is susceptible to Gypsy Moth outbreaks. It also suffers from oak wilt that affects other oaks¹.  Because of its growth in drier forests, it is more frequently subjected to fires1,5.  Chestnut oak is considered to be more fire resistant than other oaks of the deciduous forest and usually survives ground fires5.