Mountain ash, also called American rowan, belongs to the rose family (Rosaceae) as opposed to the olive family to  which true ash belongs. 5   It is a small tree that grows to 30 feet.  The bark is smooth and gray, but becomes scaly with age. 5 It has pinnate leaves with 9 to 17 leaflets, each 2 to 4 inches long and serrated. ¹  Flowers are in dense, 6- inch terminal clusters.  Each flower is small and white. ¹  Fruits are bright red berries that remain on the tree into winter. ¹ 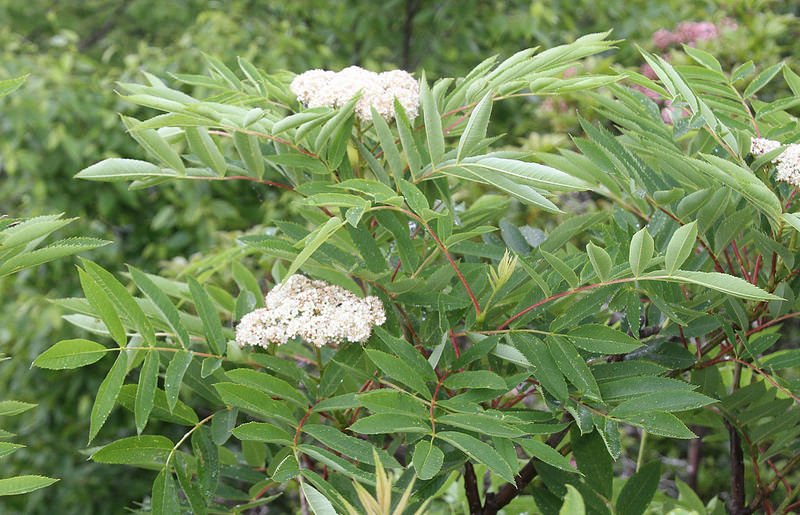 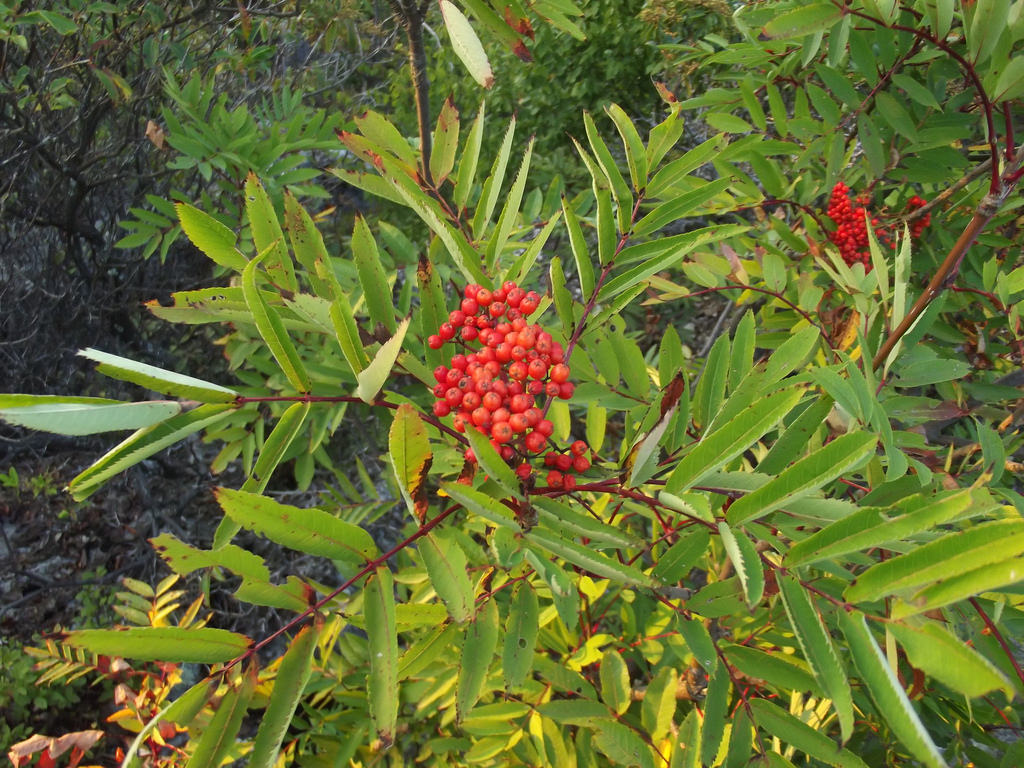 Mountain ash is distributed from Newfoundland, Canada to Minnesota and south through New England and along the Appalachian Mountains to Georgia.  In Maryland it is found exclusively in Allegeny and Garrett counties and is listed on the watch list (S3). ³

Mountain ash is a host species to the American Dagger Moth. ³  Its fruits are eaten by numerous birds and animals and it provides browse for white tailed deer and moose. ¹

Mountain ash berries are used in products such as marmalade, juices, and tea mixtures. ²  Medicinally, mountain ash is taken for diabetes, gout, and heart disease, although there is no scientific evidence for its efficacy. ²

Mountain ash is a short lived species and significant problems arise from bacterial fireblight and scab. ¹