This large deciduous tree is a member of the ancient magnolia family (Magnoliaceae), which dates back to the Cretaceous period, approximately 60-90 million years ago.¹ Fully grown at between 40-80 feet, the cucumber tree is one of the tallest growing species of magnolia. The trunk of this tree grows relatively straight. When young, the cucumber tree is pyramidal and later forms a rounded-pyramidal crown.2,3  The furrowed, light gray-brown bark can be flaked away to reveal dark reddish-brown bark which is quite soft and can be easily dented if pressed on. Cucumber trees have broad 5-10 inch, alternate, simple, oval leaves that are dark to light green in the spring and summer. In autumn the leaves become yellow or brown, and are eventually lost. Stout twigs give way to large, silky, white buds that begin to bloom into tulip-like flowers in late spring or early summer.² The flowers of this species are perfect, with male and female structures in each flower. They are green to greenish-yellow, 2-3” long and appear relatively high on the tree. The unripe, warty, green fruit of the cucumber tree gives it its common name because of its resemblance to a small cucumber. In the late summer months when it matures, the fruit turns red and can be 6-8 cm long and 4 cm broad. There are approximately 15-60 vibrantly red seeds per fruit.4  The seeds hang down from the fruits on slender threads.4 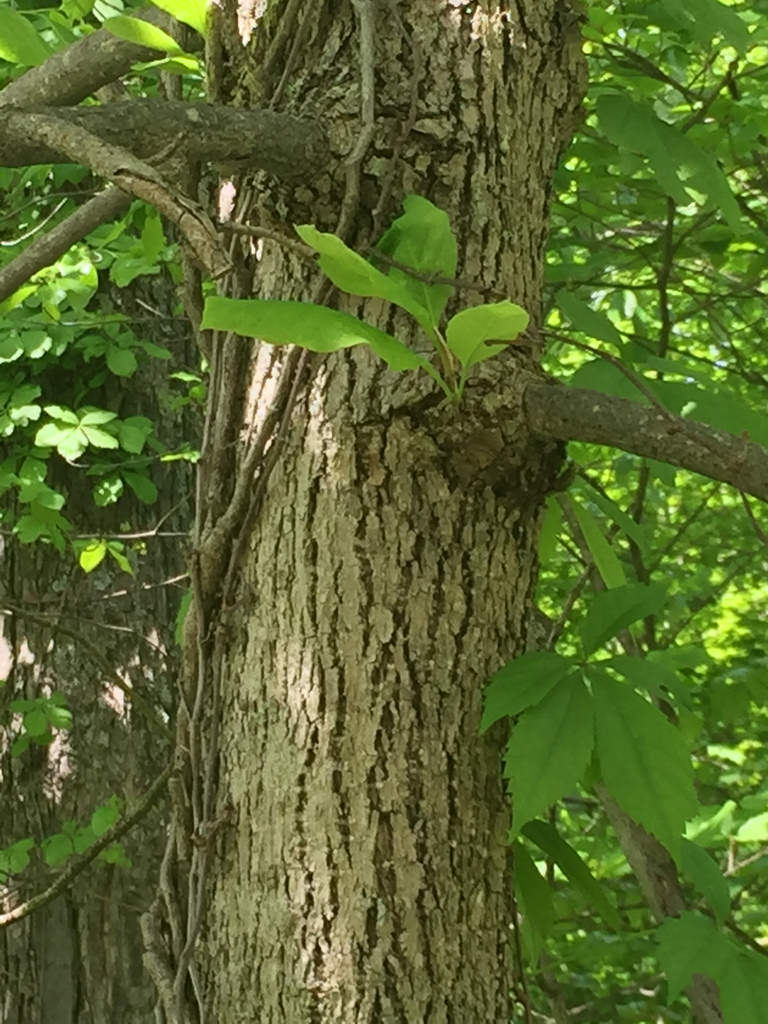 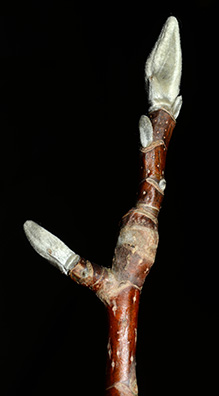 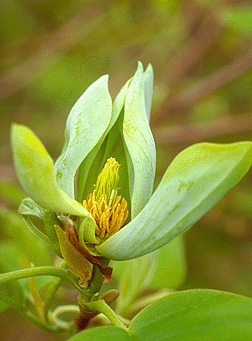 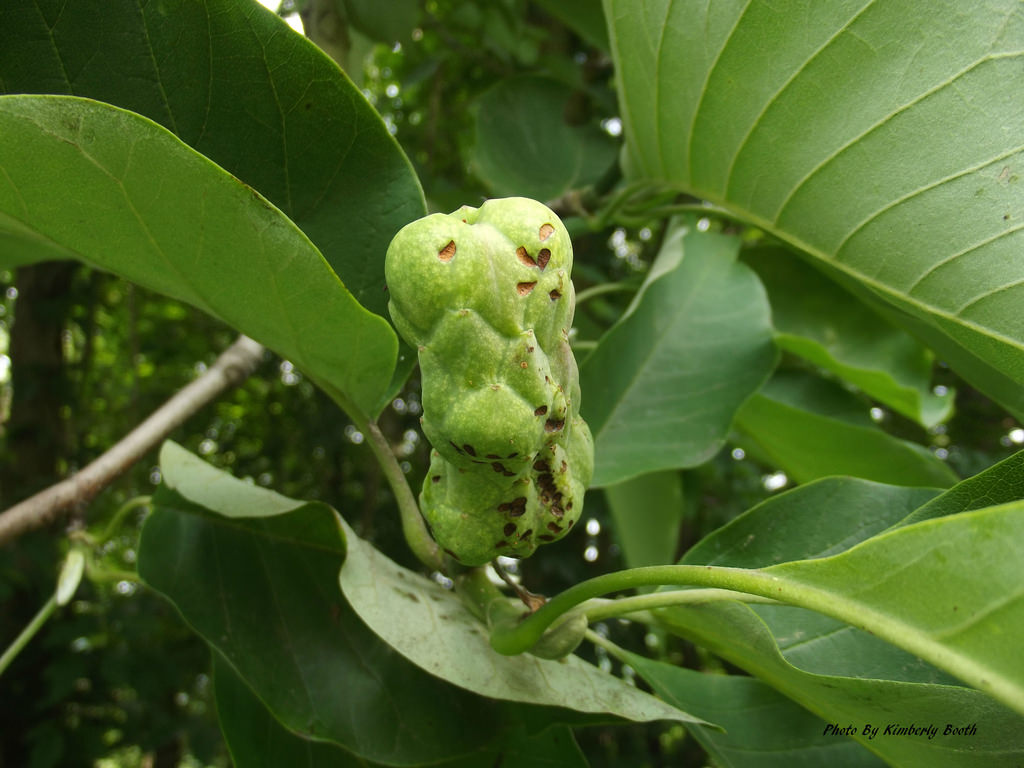 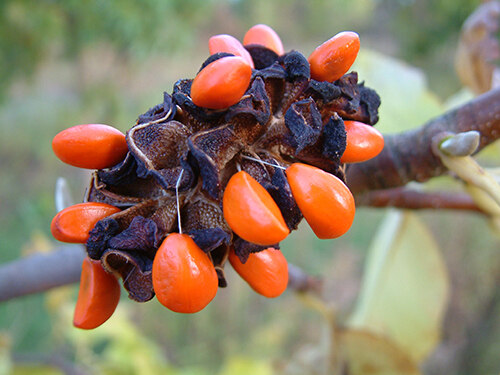 Although widely distributed, the cucumber tree is not an abundant species.4  This tree tends to appear as single, scattered individuals rather than in groves. The cucumber tree is the only member of the magnolia family natively found in Canada.4,7   Beyond that, it can be found primarily within the Appalachian belt and scattered throughout southeastern North America in small populations. In Maryland, cucumber trees are scattered within the northern-northwestern counties specifically: Allegany, Baltimore, Frederick, Garrett, Montgomery, and Washington counties.5

This species is quite hardy and prefers to grow in cool, moist sites in mountainous areas with organically rich, acidic soils. Specimens can be found at elevations of up to 5,000 ft above sea level. The cucumber tree grows in full sun to partial shade.4 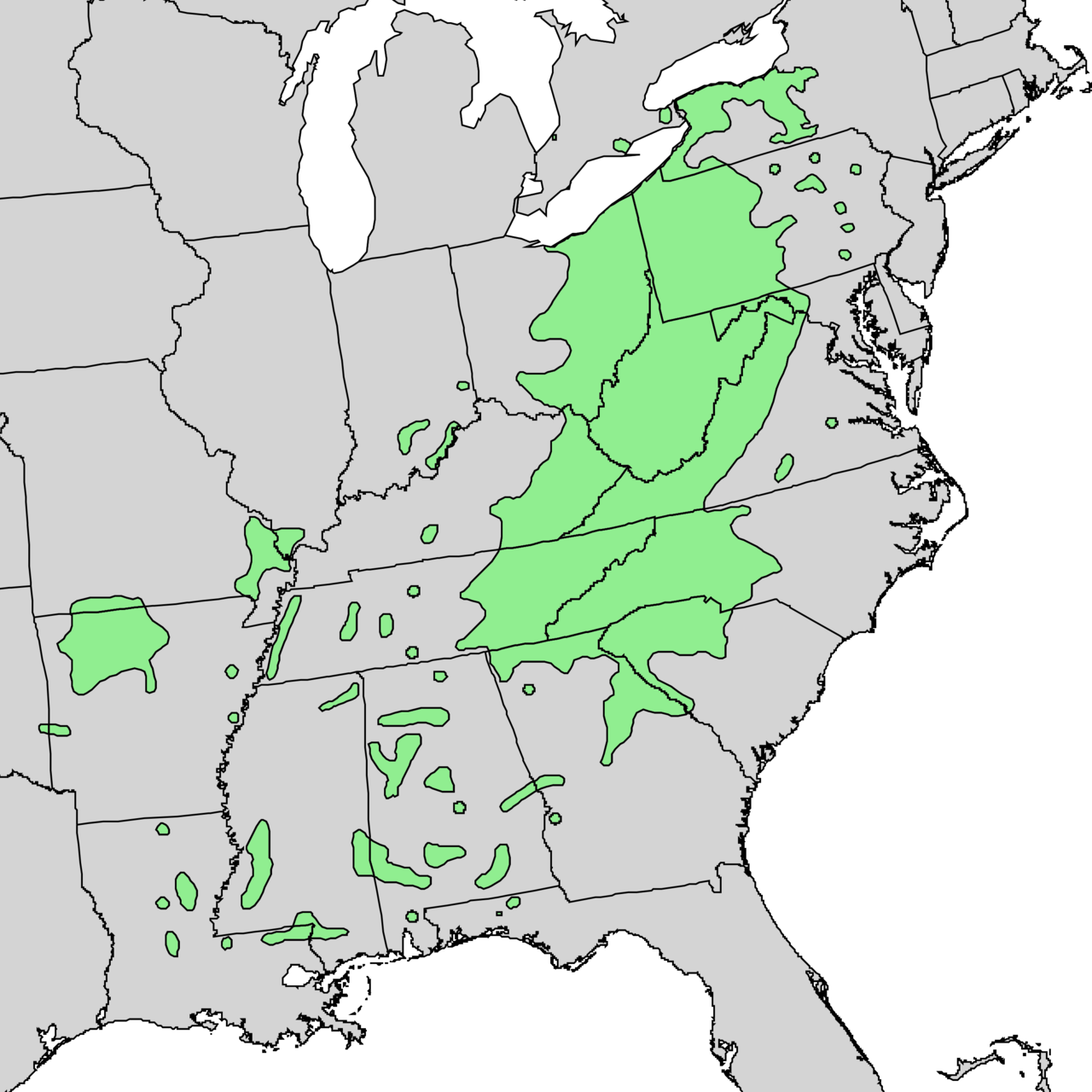 The seeds of the cucumber tree appeal to a wide variety of animals including several species of birds and small mammals.4,6  White-tailed deer opportunistically feed on the twigs, leaves, and buds of this species, especially in the winter when food is scarce.²

Cucumber tree wood is quite heavy and strong therefore it is harvested for lumber and used in manufacturing thigs like plywood, veneer, and utility wood. However, the wood is often sold as yellow-poplar lumber, which it resembles, instead of cucumber tree lumber.4 This species is a desirable ornamental tree because of its shading abilities and attractive buds, flowers, and foliage.4

The cucumber tree has faced population declines in much of its native range, especially in Ontario, Canada, where it is considered endangered and currently protected under the Ontario Endangered Species Act.7 The most serious threats to the persistence of cucumber tree populations is deforestation and loss or degradation of habitat. Many individuals are scattered throughout their range at too far a distance from each other to be properly pollinated.8

Contributed by A. Conner