Black locust, a member of the pea family (Fabaceae), grows to approximately 60-80 feet¹.  The bark is deeply furrowed and is dark reddish-brown to black in color5.  Leaves are alternate on the stem may have a pair of sharp, persistent thorns growing at each node5.  The leaves are pinnately compound divided into 9-19 ovate to oblong leaflets, rounded at the ends and with smooth margin³.   The many flowered racemes are produced in late April or early May are fragrant.  Flowers are typically white but may be pink or purple and are insect pollinated.  The fruits are dried legumes with 4-7 seeds that split carrying the seeds.  They are wind dispersed. 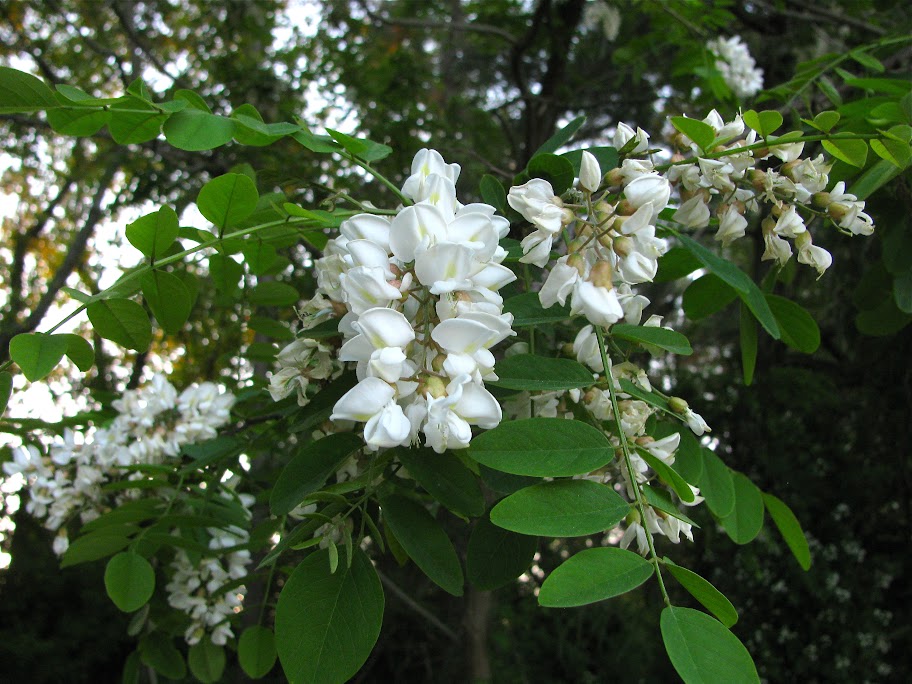 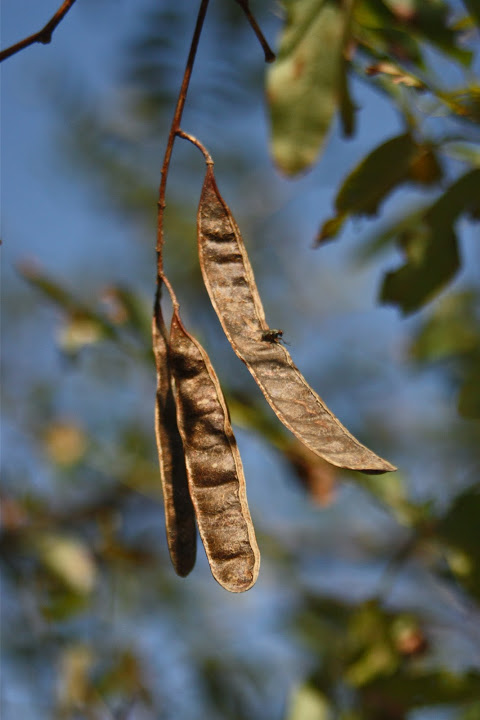 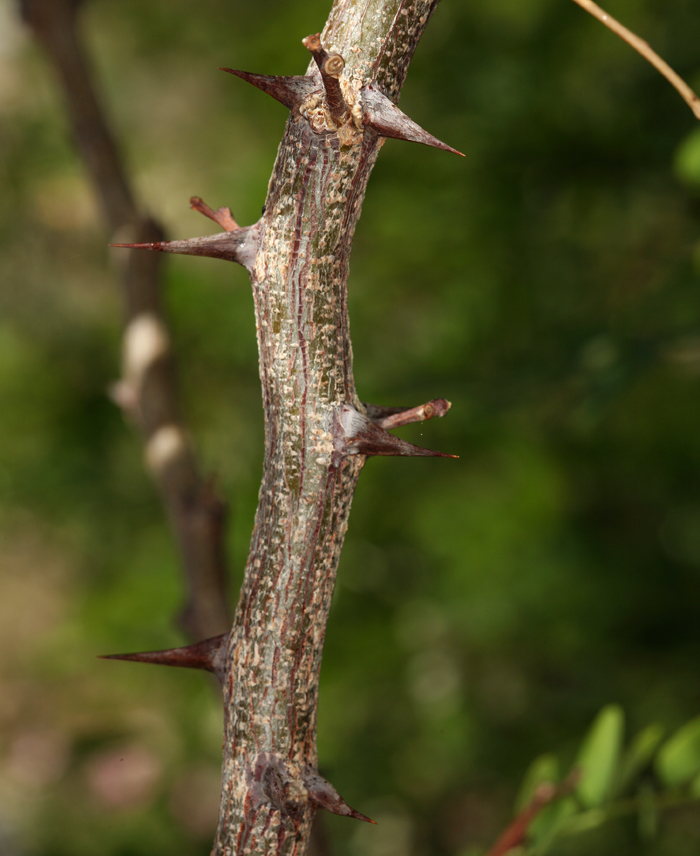 In its native range, black locust can be found on the lower slopes of the Appalachian Mountains from Pennsylvania to Alabama, and can also be found in the north along the slopes and forest edges of southern Illinois, Indiana, and Missouri secondary population exists primarily in the Ozark Mountains4.  In western Maryland and northern Virginia, black locust are a relatively common species in disturbed forests, occurring with basswood, chestnut oak, flowering dogwood, eastern hophornbeam5.  Black locust forms a symbiotic relationship with a nitrogen fixing bacterium13.  Black locust trees are adaptive to many different climates, deep well-drained soils, and are commonly sighted in areas that have been disturbed like roadsides, degraded woods, and old fields4.   Black locust has escaped cultivation and has naturalized throughout the United States and in parts of Asia and Europe13. 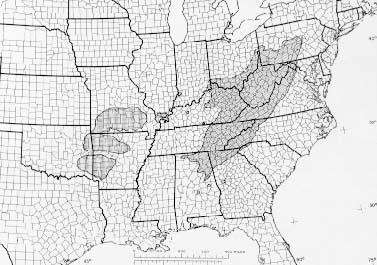 Black locust trees are valuable to wildlife as they provide food and shelter to many wildlife species.  The white flowers of the black locust have a sweet smell and produce abundant amounts of nectar and pollen, making them important for honeybees, native bees as well as other native pollinators like hummingbirds and butterflies6.  Many species of songbirds use the tree’s branches to build nests or eat the caterpillars and other insets that feed upon the leaves6.  Other species like white-tailed deer, rabbits, and squirrels have all been known to eat black locust foliage or seed pods6.

The black locust is important for its timber as they are often used for fence, hardwood lumber, and as a source of fuel6.  The economic impact of black locust on agricultural is the tree’s ability to reduce the carrying capacity for livestock7.  The tree is often planted for erosion control and to increase soil fertility via nitrogen fixation7.  It is used for reclaiming mine spoils13.

Outside of its historic North American range, black locust poses various threats to native vegetation in dry and sand prairies, oak savannas and upland forest edges9.  Black locust trees are important in helping stop erosion and serve as primary colonizers after natural disasters.  It can spread from the roots, forming pure stands that out-compete native vegetation10.  There are two native insects that can cause damage to the Black Locust: the locust borer (Megacyllene robiniae) and the locust leafminer (Odontota dorsalis)9.