Chinese chestnut is a member of the beech Family (Fagaceae).  It develops into a moderate sized three reaching 40 feet in height and width¹.  It has leaves reaching 4 to 8 inches in length and 2 to 4 inches in width with coarsely serrate margins.  The underside of the leaf has soft hairs.  Male and female flowers are found on the same tree (monoecious) with the male flowers long catkins and the female flowers less conspicuous².    The fruits form a large, spiny bur containing up to three brown nuts². 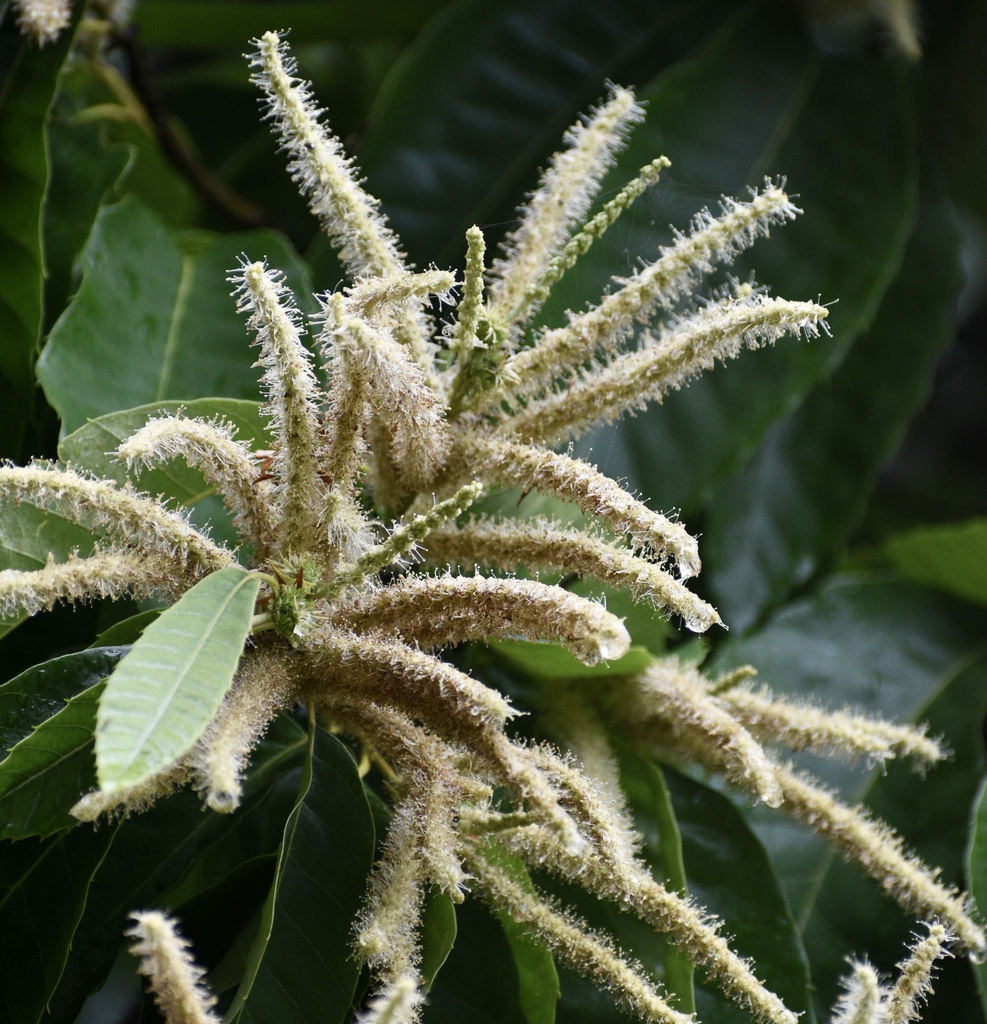 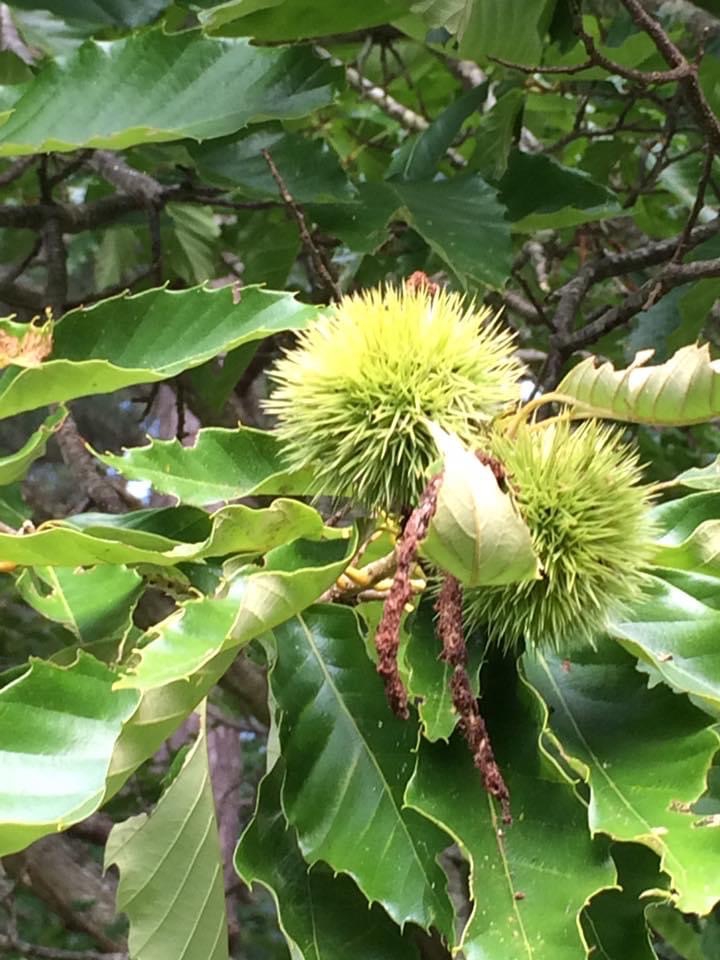 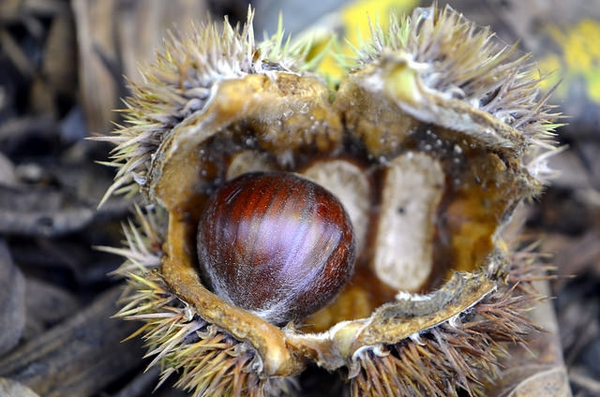 Chinese chestnut is native to China.  In North America it has a wide potential growth range based upon its potential growth in USDA hardiness zones 5 to 8.  In practice it is found from Massachuests  to Alabama and west to Illinois 4.

Squirrels, deer, turkeys and other animals may consume the seeds.

The nuts are edible with a high starch content of 30 to 50%, oil content of 5%, and a protein content of 5%².  Although not as sweet or flavorful as American chestnut, they are widely used.  A tree may produce 35 to 55 pounds of nuts per year².  Because of its tolerance to pollution it is used as a specimen tree in urban areas¹.  The wood has little value.

Chinese chestnut is resistant to the blight that eradicated the American chestnut².  They may become infected, but are not as affected as are American or European chestnuts.