Yellow Birch is a member of the birch family (Betulaceae)¹².  It is a hardwood that typically grows to a height between 60 – 80 feet, a width of 35 – 60 feet wide, with a trunk that is 2-4 feet in diameter, and has an irregularly narrow crown ¹. The bark has a string-like or shredded texture and irregularly cracked once matured. When the yellow birch is young it has a yellowish-gray or bronze color and conspicuous lateral lenticels².  Once matured the bark peels, revealing an outer bark that is platy and cracked irregularly ².  When scratched, the twigs smell like wintergreen.  The tree has simple leaves that are arranged alternately on the branches. The alternate leaves are between 2.5 and 4 inches long and 1.5 to 2 inches wide². Their leaves have double-toothed edges and a tip that is pointed and is dark green in color ². Yellow birch trees produce flowers around late May, since yellow birches are monoecious, meaning that female and male catkins are produced on the same branch but separately ³. These catkins produce singly, double, or triple clusters during the summer months. In different weather climates the catkins change color and size, in the winter months yellow birches produce greenish staminate catkins that are 2 inches in length ³.  During the spring months yellow birches catlins turn a purplish yellow color and increase in length to 3-4 inches ³.  Yellow birches produce winged nutlets which are a type of fruit. Typically, this fruit tends to ripen in late August or early September and averages 0.13 to 0.14 inches in length not including the wings ³. The seeds will also possess a tan or light brown seed coating, along with white interiors ³. Seeds from yellow birch trees that are dispersed in the winter and fall will start to germinate at temperatures that are warm, during months like early June ³. 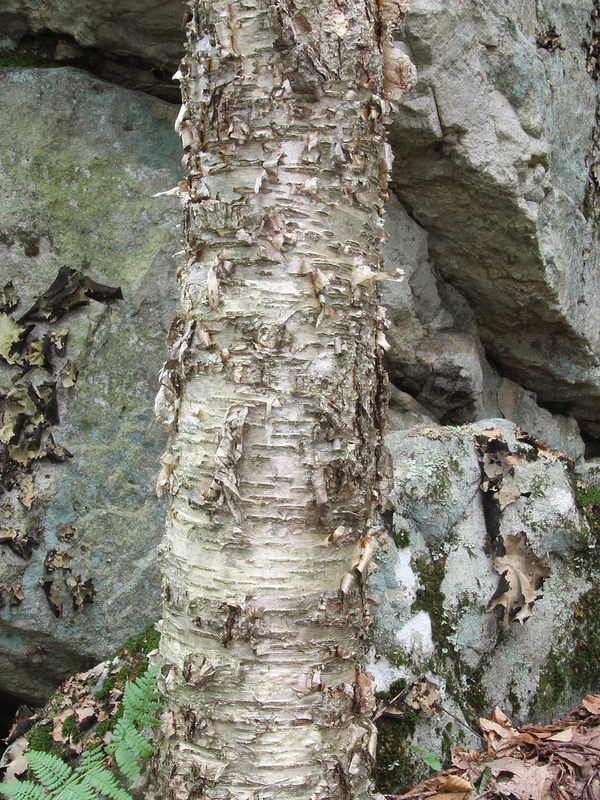 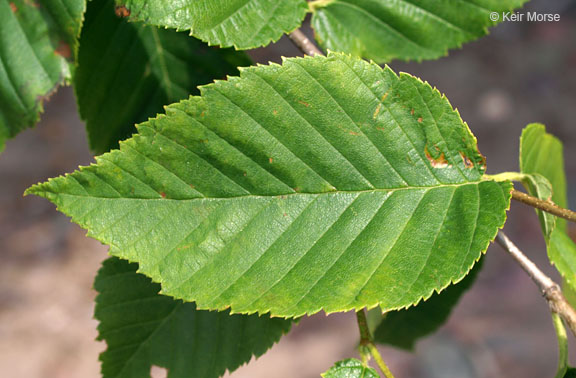 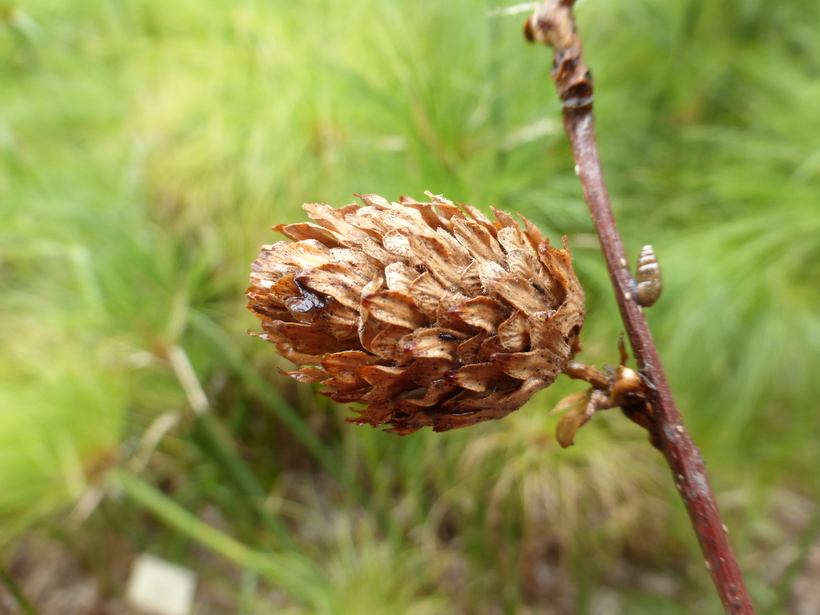 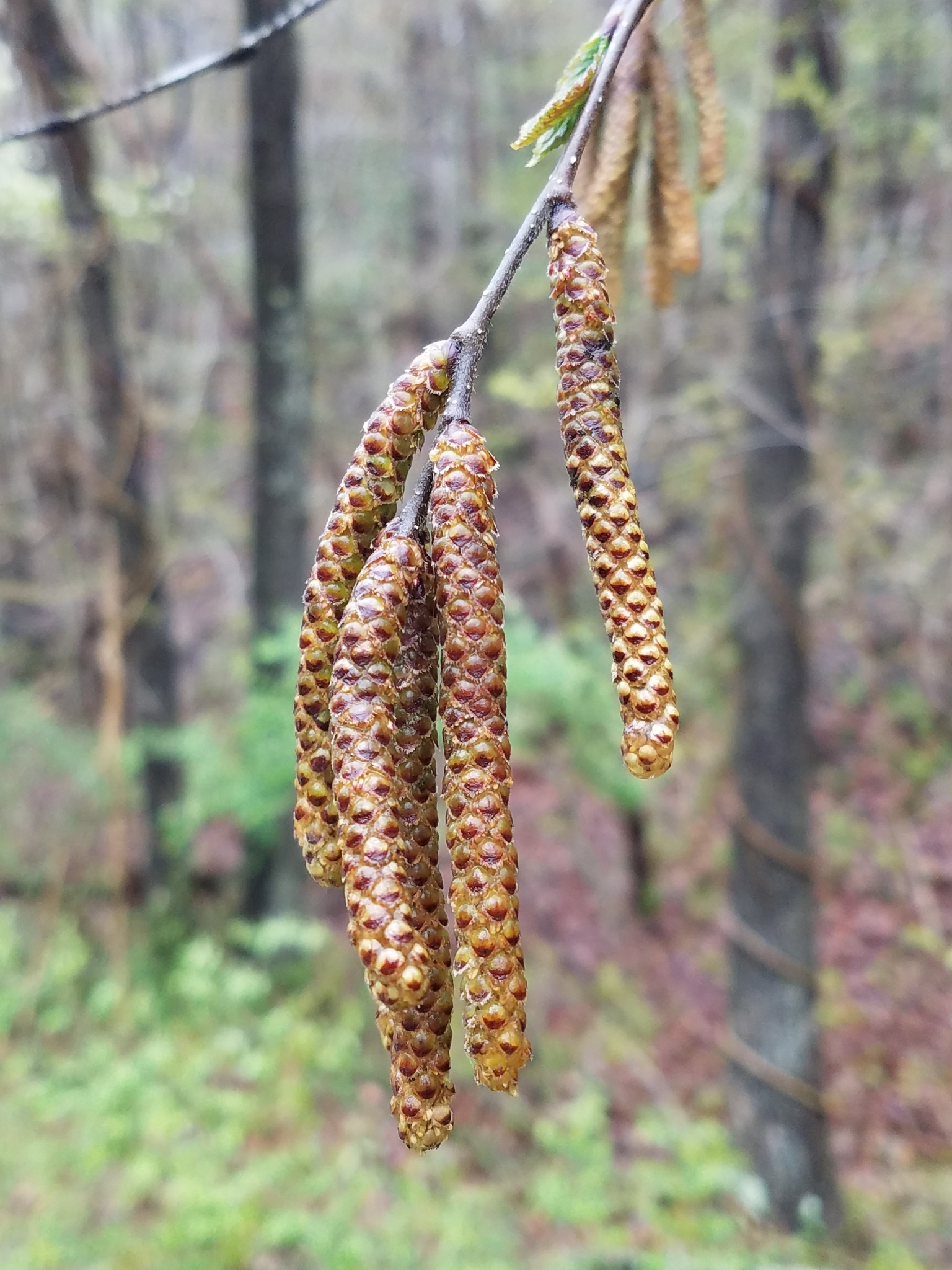 Yellow birches are distributed through the eastern United States and Canada². They tend to grow in cool areas with an extensive amount of rain⁶. Yellow birch trees also extend from Nova Scotia, Anticosti Island west through southern Ontario, Newfoundland, Minnesota and south in the Appalachian Mountains to east of Tennessee ⁷. In the Great Lakes region yellow birches are mostly found at elevations of 0-500 meters but can also be found at 1050 meters ⁷. Due to their ability to survive in high elevation environments many yellow birches are found in mountain regions ⁷.  In Maryland it is found along cool stream valleys of Baltimore and Frederick Counties and more widespread in Garrett County4. 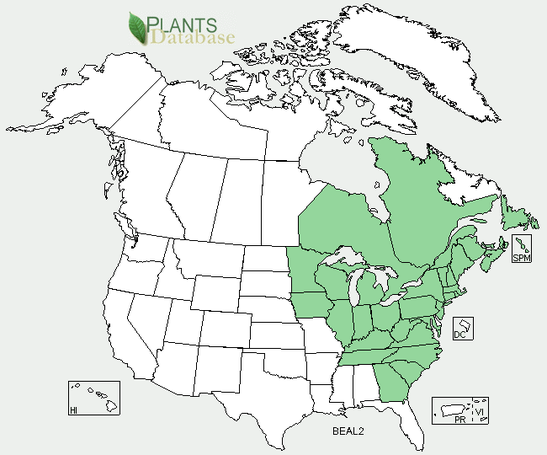 Because the wood of the yellow birch is strong, durable and beautiful in color, it is used for many things in our society. It is used in furniture, machines production, lumber for houses, wooden flooring, and tools ⁸. Currently yellow birches account for 75% of the birch lumber produced in the United States ¹. It is the major source of wood used in whiskey and wine barrels ¹. It is commercially used for lumber, flooring, interior furniture and for kindling which is used to create fire since the tree bark is highly flammable ¹.

Many yellow birches experience different diseases and insects that can become a threat to their growth and development. One of these diseases is known as Bark Canker, a fungal disease. Bark Canker enters by breaks or cuts in the tree caused by a multitude events ¹⁰. Once the tree is infected a common symptom is dark interior sores at the sight of infection ¹⁰. Another threat to yellow birch trees is the Bronze Birch Borer, a beetle ¹⁰. The beetles feed on the damaged leaves of yellow birches and house their larva in the bark of the tree ¹⁰. The storage of larva inside of the bark of the tree is dangerous because it interrupts the tree’s ability to receive the nutrients it needs to thrive, instead those nutrients supply the larva ¹⁰. If the disease persists to progress throughout the tree, the tree may have to be removed to reduce the probability of neighboring trees becoming infected ¹⁰. Common symptoms to watch out for are dead branches and leaves near the top of the tree that could then move further down the tree ¹⁰. Moreover, birch leaf blight, another fungal disease also poses a threat to yellow birch trees ¹⁰. This fungal disease causes brown spots on the leaves of trees around springtime of the year ¹⁰. Although most yellow birch trees are resistant to this fungal disease it could still cause a threat¹⁰.    Invasive earthworms cause a decline in yellow birch populations in Canada by consuming the small seeds 7.