The pignut hickory is a member of the walnut family (Juglandaceae).   It typically reaches 50-80 feet in height and has a canopy width of 30-40 feet. The bark of the tree is usually gray in color1,2. When the trees are young, they have a smooth bark, but as they mature, the bark develops scaly ridges. Their serrated leaves are deciduous and pinnately compound, usually composed of 5 smaller leaflets. In some cases, their leaves may have 7 leaflets². During the spring, they produce yellow flowers that are either male or female. The male flowers are produced in hanging catkins while the female flowers are produced in short spikes. As the weather gets warmer, the female flowers develop into hickory nuts which are pear-shaped¹. 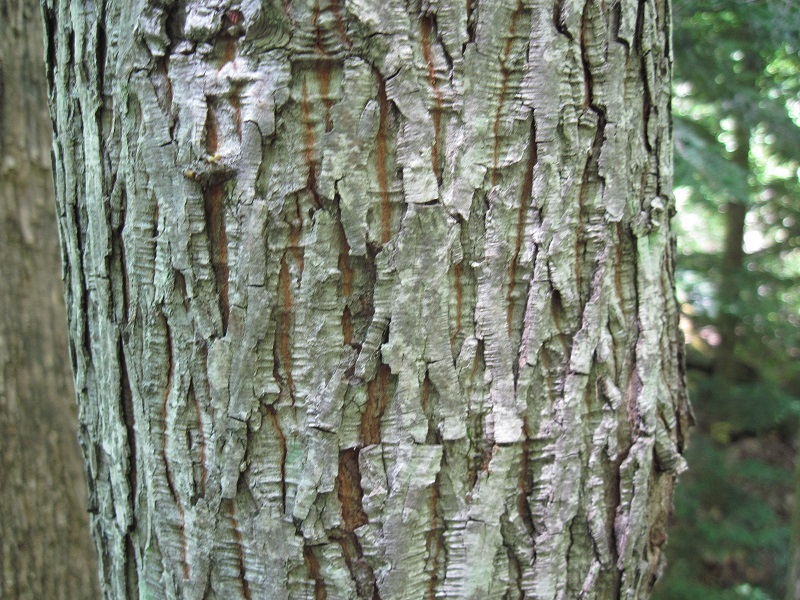 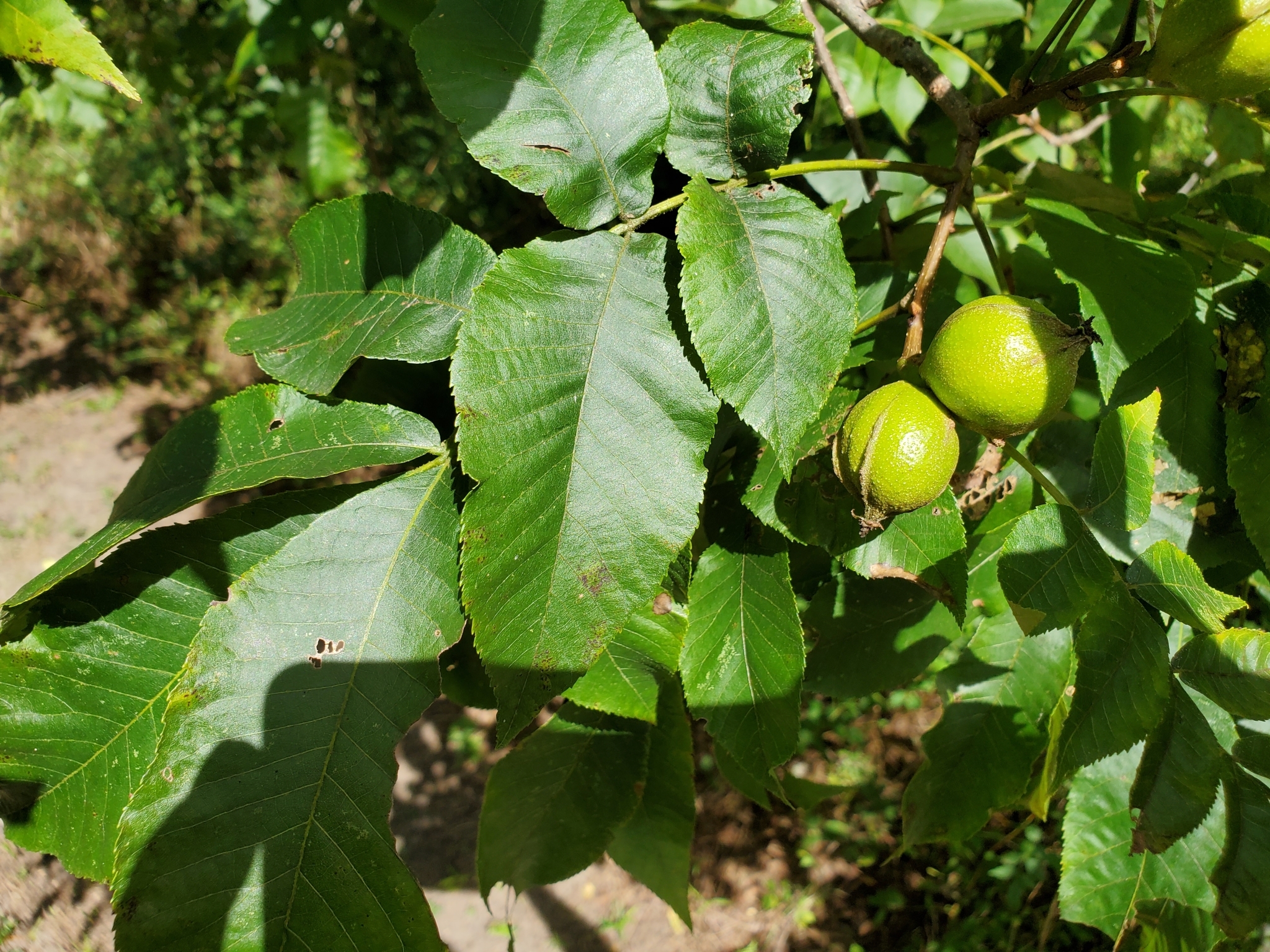 Pignut hickory can be found all across the eastern United States. They are native to some parts of New Hampshire and their growth extends all the way down to Florida. They can also grow as far as Missouri, Arkansas, and Louisiana6. They usually grow in moist soils and are often found around other hickory and oak trees6. In Maryland, the pignut hickory can be found in almost every county across the state. They have been located in the piedmont, coastal, and mountain regions of Maryland and grow in both full and partial sun7. 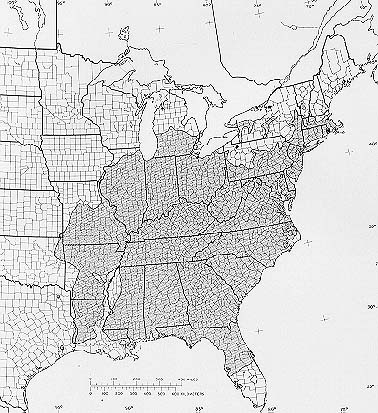 The nuts of the pignut hickory are often eaten by small mammals such as squirrels, chipmunks, mice, and rabbits. In some locations, the hickory nut makes up 5-10% of the diets of the eastern chipmunk and 10-25% of the diets of grey squirrels8.  Larger mammals such as the black bears and foxes sometimes consume the nuts and the bark of the hickory tree6.  There are a few species of birds: wild turkey, blue jay, and red-billed woodpecker, that feed on the nuts.

Because of its tough exterior, the wood of the pignut hickory is often used in the manufacturing of sports equipment such as skis and bats. It is also used in the handles of hammers, mallets, and other tools8.

While there are no serious pests that affect the pignut hickory, the tree is sometimes “preyed on” by the hickory bark beetle and pecan weevil¹.  Other than pests, there are about 133 types of fungi that can impact trees in the Carya genus, one of them being the Poria spiculosa. This fungus can cause the trunk of the tree to rot6.  One major threat that impacts pignut hickories are fires. Compared to other species, the pignut hickory is easily damaged by fires. If the bark of the tree becomes permanently damaged by the fire, it can begin to rot and eventually die8.

Contributed by B. Hutchins