River birch is a very adaptable tree that can grow in a wide range of environments, but generally prefers moist and slightly acidic soils. It can grow to be 40-70 feet tall and is a deciduous tree that blooms in the spring sometime between April and May1.  This tree can grow either in a single trunk or multi-stemmed pattern that will bare diamond-shaped green leaves that turn yellow in the fall2.  The leaves of this birch tree are simple leaves that are generally 1-3 inches in both height and width. These leaves are arranged in an alternate pattern and have serrate margins.  Male (staminate) catkins produce pollen that is wind dispersed to female (pistillate) catkins. River birch produces a cone-like fruit, and seeds are spread in late spring6. The bark of river birch peels year-round. When the bark first begins to peel it is a light-colored pink that is smooth and shiny and as the bark curls it becomes brown to blackish sheets. 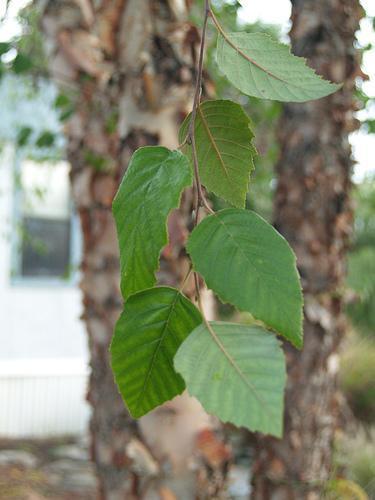 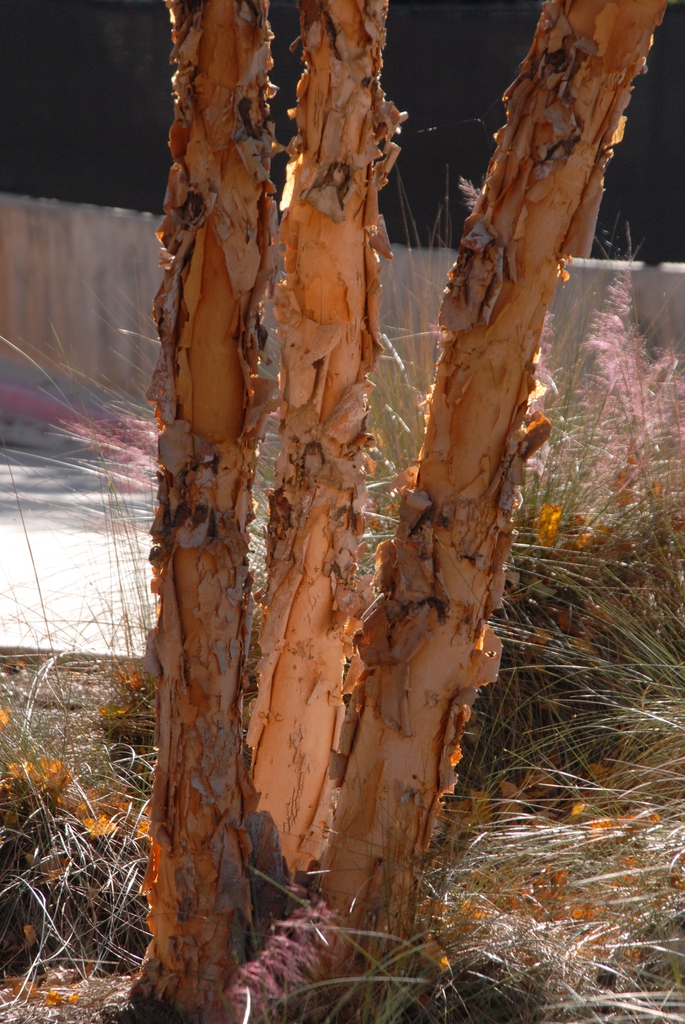 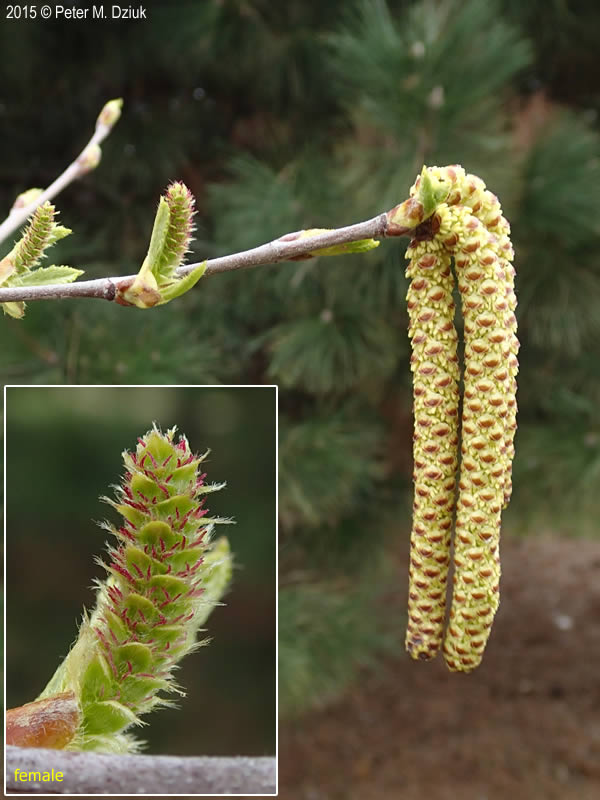 The river birch occurs in river or stream floodplains, forests, and shores of rivers and lakes. It is native to the Eastern United States from New Hampshire to Minnesota and is also found in northern Florida and all the way west to Texas2.  In Maryland, the river birch is found along stream banks and in moist locations such as Patapsco Valley State Park3.  The broad range of the river birch is made possible by the adaptability of the tree, especially its tolerance to heat and flooding. 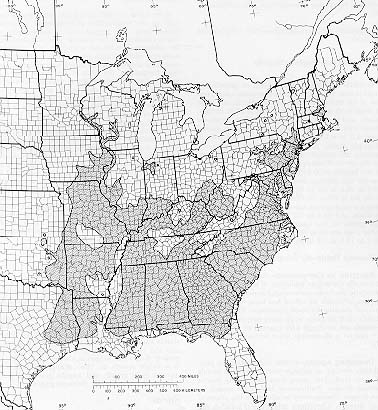 River birch is a host to both Mourning Cloak and Dreamy Duskywing butterflies1.  White-tailed deer are also able to browse on the tree’s twigs, buds and foliage1.  The seeds of the birch tree can be consumed by small rodents, grouse, turkey, and other small birds1.  Birds and squirrels are also able to feed on the male catkins (small clusters of flowers) in the late winter and early spring.

The main economic use of the river birch is in landscaping because it offers both fall and winter color to parks and yards. The wood of this tree is also very durable so it can be used to make toys, artificial limbs and flatware2.  River birch is a valuable source for erosion control as well and is often used to reclaim areas that have high soil acidity caused by mining5.

Some of the biggest threats to river birch are sawflies, aphids, rust, and leaf spots4.  Another threat to the tree is alkaline soils causing chlorotic foliage6.  This means that the leaves will not be able to produce as much chlorophyll which is crucial for photosynthesis. Chlorotic foliage will produce pale, yellow leaves.  Although river birch has a low flammability rating, it is still susceptible to fire damage.