When grown in an open area, black walnut trees can reach a height of 75 feet, as well as a 75-foot spread of its branches¹.  Black walnuts will grow thinner and taller in a forested area, reaching a maximum height of 150 feet¹. They seldom grow in areas without sunlight, such as a dense forest².  Black walnuts have a taproot system¹.  The bark is dark gray and ridged in a diamond pattern5.  The leaves of a black walnut tree are alternate, pinnately compound and have 13-23 leaflets.  The small terminal leaflet frequently falls off³.  These trees begin producing walnuts within 12 to 15 years¹. They flower in the spring and wind-pollinate via nearby trees or by self-pollination².  Male flowers form on axillary buds on last year’s nodes, while female flowers form on the new shoots². They drop walnuts shortly after their leaves fall in autumn².  The leaves, stems, and walnut shells have a distinctive, spicy odor5.  It is a member of the walnut family (Juglandaceae). 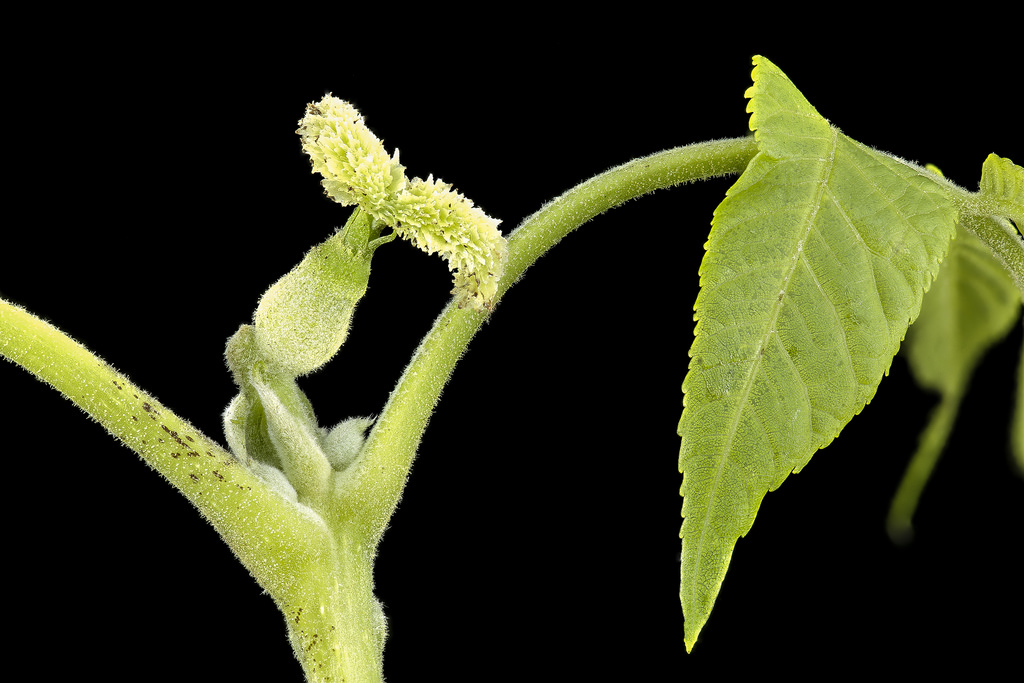 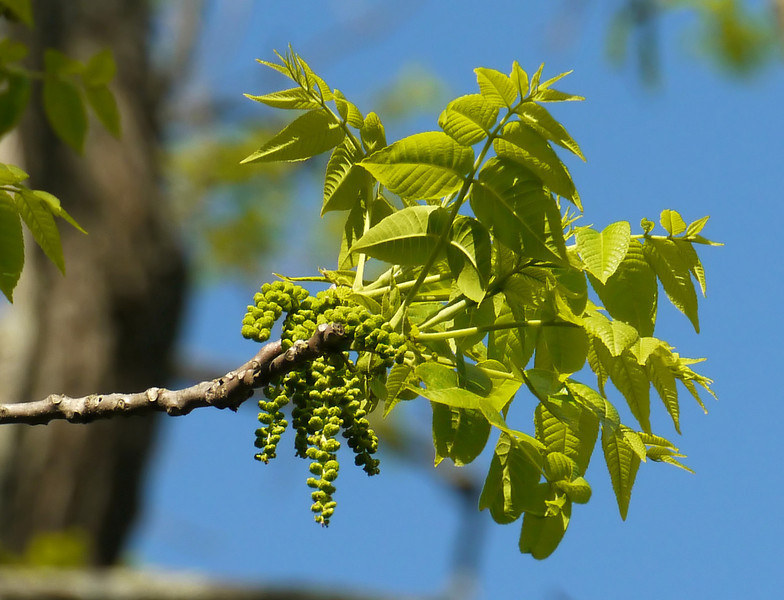 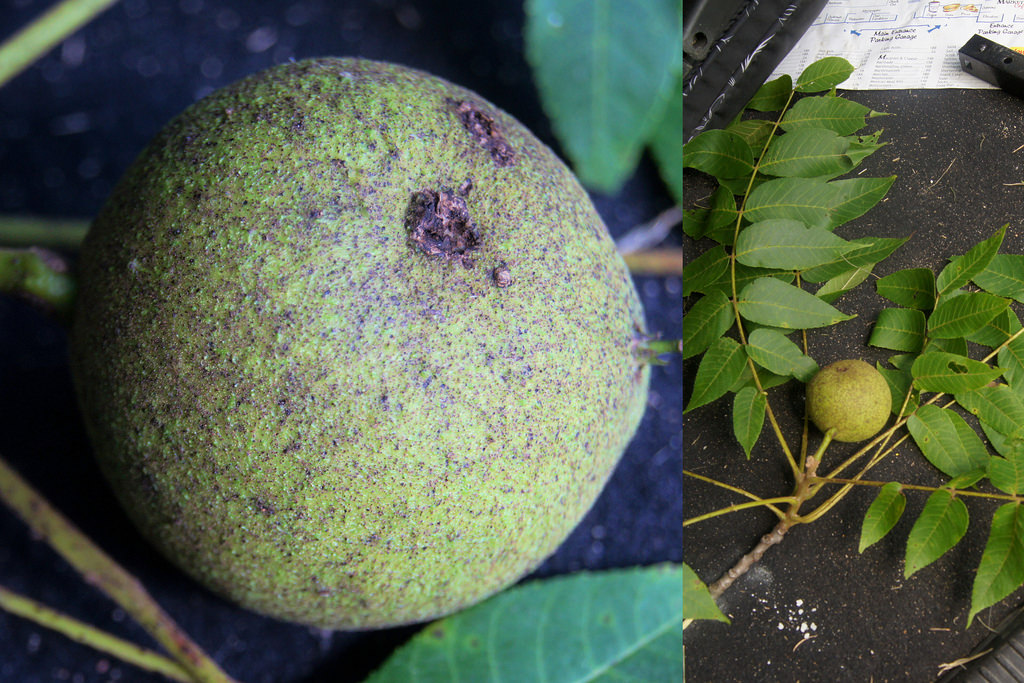 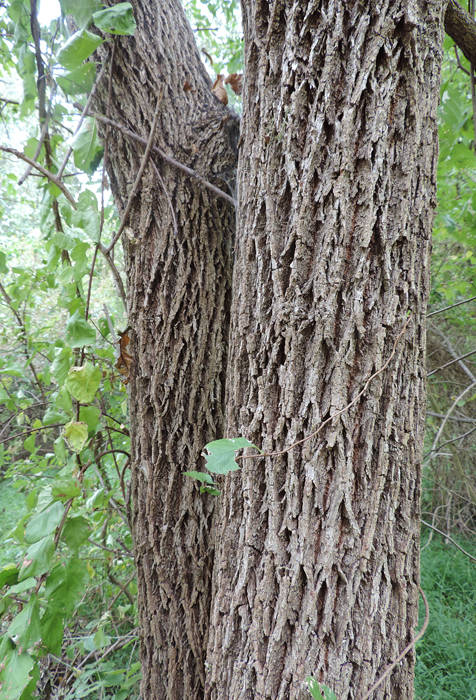 Black walnuts have a native range throughout the Central and Eastern United States².  They can be found throughout Maryland10 except on the lower Eastern Shore11.  These trees grow individually in an open area, or in small clusters².  Black walnuts are almost never found in wetlands on the East coast or in the Gulf Coast area³. They are shade intolerant and grow in temperatures from 45° F to 67° F². Black walnuts grow best in moist, well-drained soils¹. 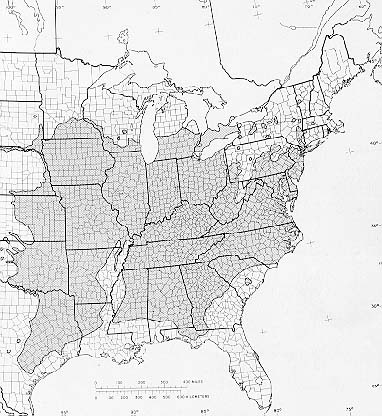 The nuts produced by these trees are eaten by animals such as woodpeckers, foxes, and squirrels1,4. The leaves of the tree are sometimes eaten by deer5.  Eastern screech-owls use the limbs of black walnut trees for roosting8.

Black walnut wood is used for furniture and cabinets because it is durable and has an appealing dark color6. The logs are used for veneer6.

Maggots, walnut weevils, and codling moths all pose threats to the walnuts produced by the tree5.  European canker is a fungus that will spread infection through a black walnut tree and eventually kill it5.  Walnut caterpillars and fall webworms will eat black walnut leaves from summer to fall5.  Aphids and plant lice will suck juice from leaves and leave a residue behind that can turn black and kill the leaves5.

Contributed by A. Muller and A. Lowe