The American hornbeam is in the birch or hazel family (Betulaceae) and is a hardwood tree¹. This tree  has smooth, thin, bluish-gray bark  that looks like a muscle which is why its other common name is musclewood.  Other common names include blue beech and ironwood ². The trunk is up to a foot wide in diameter and typically has more than one trunk. American hornbeam can reach 20 to 40 ft in height and the canopy can be 20 to 30 feet in width. The leaves are two to five inches long and are simple, alternate and are weakly double serrated with parallel veins 2,3. The flowers of the American hornbeam are found from April until June and are green catkins. The female flower being two to three inches long with three lobed bracts and the males being only a little over one inch. The fruit from this tree is a winged nutlet about ⅓-inch and is attached to three-lobed bracts ². 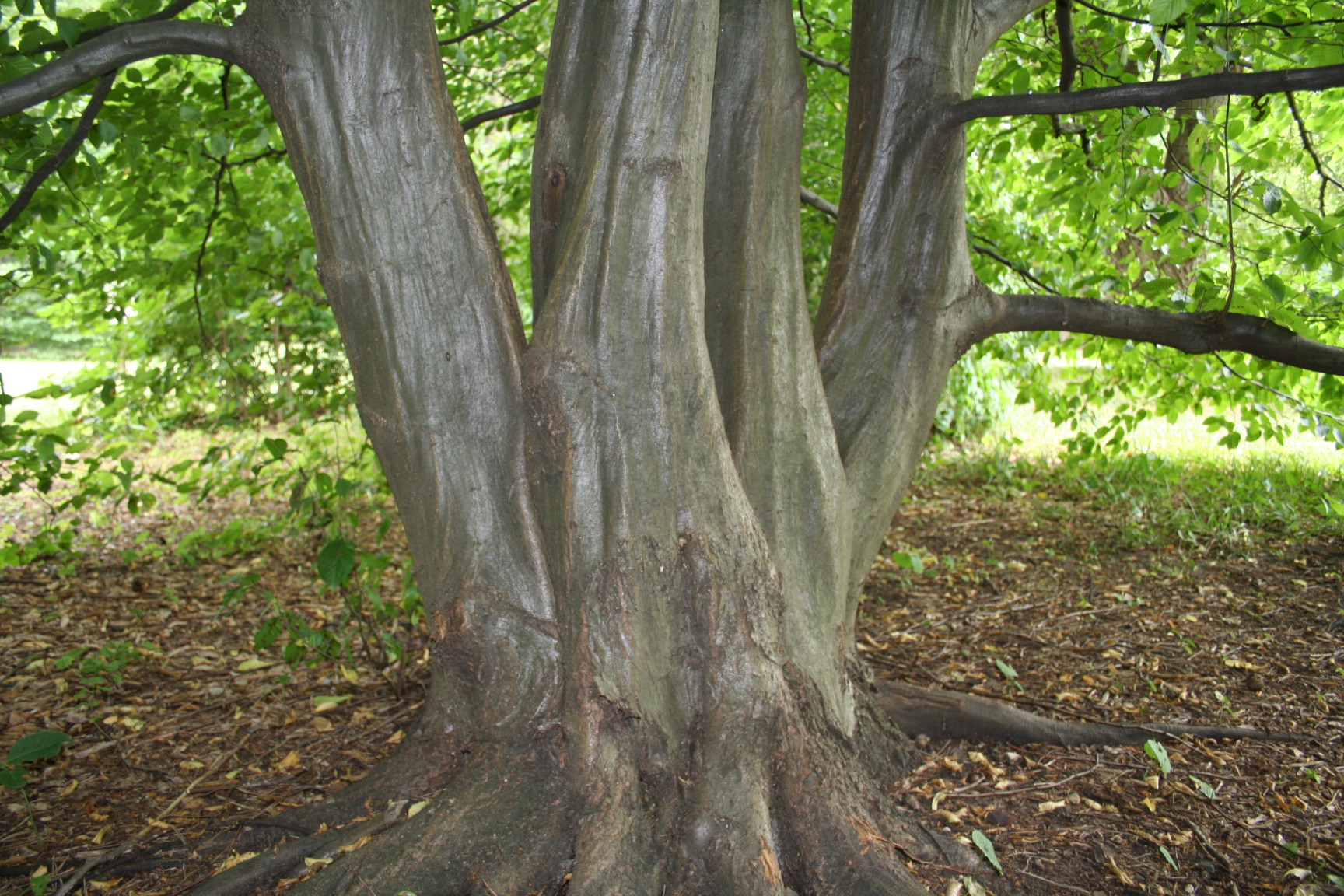 The American hornbeam has many important functions for the native animals and wildlife. White-tailed deer eat the leaves and branches for nutrients. Beavers heavily use American hornbeam 4. Native birds, turkeys, grouse and squirrels rely on the seeds land leaf buds from this tree as part of their diet. The American hornbeam is also a host plant for the eastern tiger swallowtail and red-spotted purple caterpillars. This tree also provide shelter to many animals including beavers that make use of the branches of this tree to build their dams 2,4,5.

The wood of this tree doesn’t have many important uses, so it is not of high economic  importance. The wood can be used to make small wooden objects like mallets and hammers 4.