As most Americans learn as children, the “Star-Spangled Banner” was written during the British bombardment of Baltimore’s Fort McHenry by lawyer, Francis Scott Key.  He was on a British ship as part of a group negotiating the release of a prisoner of war. When the battle began, Key was not allowed to leave the ship and so witnessed how the American forces withstood the bombardment through the night and into the dawn of September 14, 1814. 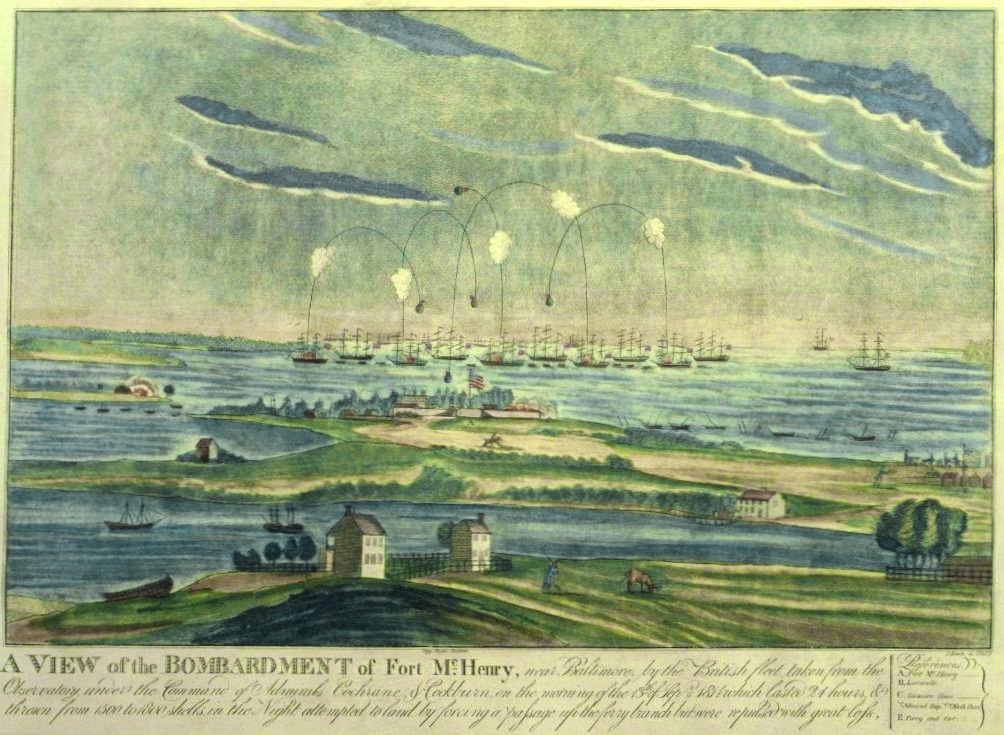 And so Key was inspired to write a poem about the event, and eventually the poem was set to the tune of a popular British song of the time.  Originally it was known as “The Defense of Fort McHenry”, but within a year it was known as the “Star-Spangled Banner”.

But what many people might not realize is that while it was a popular patriotic song, in the way that so many of us might know “My Country ‘Tis of Thee” or love “America the Beautiful”, it was not yet considered our nation’s anthem.

That all changed, thanks to the work of a graduate of the Maryland State Normal School, J. Charles Linthicum.

Born in 1867, Linthicum was from a wealthy land-owning family and lived in Anne Arundel County, just outside Baltimore and now known as Linthicum.  He attended MSNS — the predecessor to Towson University, and a training school for teachers in the state of Maryland — from 1884 until 1886 when he received his diploma.

He then became a teacher and principal for the next few years until he returned to school and earned his law degree in 1890.  After serving in the Maryland House of Delegates and as a Maryland State Senator, Linthicum became a US Congressman in 1911 and remained in office until his death over 20 years later.

His contributions to MSNS during this time were numerous.  He served as president of the Building Commission charged with finding a new home for the school, eventually moving it to its present location in Towson.  He served as president of the Alumni Association from 1925 until 1927, and helped raise $3,000 for MSNS students who couldn’t afford the tuition — it may not seem like a lot, but that money in today’s buying power was around $40,000.

His work as a US Congressman also had lasting impact.

But advances in warfare limited its abilities to defend the City of Baltimore, so by 1912, the last military company left the fort and there were fears that it would go into disrepair.  Linthicum continued to push that the fort be designated a national park to save it from this fate.

The fort was used again during World War I as a hospital for soldiers returning from Europe.

By 1925, Fort McHenry was designated a national park under the War Department.  By 1939, it was made into a national monument and historic shrine.

The story of how the “Star-Spangled Banner” became our national anthem, actually begins with the President of the United States, Woodrow Wilson, apparently influenced by his daughter, Margaret Woodrow Wilson.  Margaret had been trained as a singer at another Baltimore institution, the Peabody Institute of Music.  She recorded this version of the song and proceeds of the sale of the record went to support the Red Cross’ efforts during World War I.  In 1916, Wilson ordered that all military bands play the “Star-Spangled Banner”.

In 1918, Linthicum was persuaded by his wife, Helen, and Ella Virginia Houck Holloway who was a member of the United States Daughters of 1812 Society, to send a bill to Congress advocating that the “Star-Spangled Banner” be designated as America’s national anthem.  But there were a variety of challenges facing the bill which meant that Linthicum would spend the next 13 years re-introducing the bill at the start of every session.

The first challenge was that the United States was still embroiled in the Great War, World War I, and after the war ended, many were advocating for peace.  The “Star-Spangled Banner” was thought to be too militaristic.  And after a war in which we sided with the British, lyrics that included lines like “Their blood has wash’d out their foul footstep’s pollution” seemed a little brutal.  There were also objections about using a song that many believed had its origins as a drinking song. Finally, it was thought that the tune itself was much too difficult for the average citizen to sing because it ranges over almost two octaves.

Holloway, a woman who besides zealous about having the “Star-Spangled Banner” named as anthem was also a strident
supporter of proper flag placement, and many other patriotic endeavors, pooh-poohed these concerns.  When asked about relations with British in 1921, her official answer to the Baltimore Sun was “I know that neither my British friends nor myself object to ‘The Star-Spangled Banner’.  If at any time is that particular stanza which reflects upon the invader of  1814, they tolerantly smile. That difficulty is a thing of the past and ‘The Star-Spangled Banner’ does not do anything to enhance any hostile feeling except among those who deliberately wish to stir themselves up against things English”.

Holloway also said that not many people sang beyond the first stanza, anyway.  As part of the arguments in the House to adopt it as anthem, Linthicum invited singers to Congress to demonstrate how easy it was to sing — of course, those singers were sopranos and had little trouble hitting those high notes.

Finally, in 1931, the bill was passed in both the House sponsored by Linthicum, and in the Senate sponsored by Millard Tydings, another Maryland representative, and was signed into law by President Herbert Hoover.

Linthicum, victorious now in his campaign to have the “Star-Spangled Banner” named as national anthem, turned his sights fully on repealing the 18th amendment which mandated Prohibition.  According to an obituary written by the New York Times, the teetotaler Linthicum “[ignored] the facetious criticism that, having disposed of song, he was now doing something for wine”.  He would not live to see the fruits of that particular labor, as he died on October 5, 1932.  Prohibition ended just over a year later.

On this July 4th, and again in September during Defenders Day when we will celebrate the bicentennial of the “Star-Spangled Banner”, keep in mind how John Charles Linthicum, member of Maryland State Normal School Class of 1886, helped make all this possible.

For more information about the “Star-Spangled Banner”, visit these websites:

The Reginald F. Lewis Museum’s special exhibit For Whom It Stands: The Flag and the American People

The Smithsonian’s The Banner Yet Waves: 200 Years of Star-Spangled History