We as archivists have the responsibility of collecting, preserving, and providing access to our collective memory, our intellectual and cultural heritage, as well as having the privilege of presenting a window to the past.  And in the case of the the Lena C. Van Bibber Collection of Cuneiform Clay Tablets, that window extends back more than four millennia. This particular collection represents the oldest materials held by the Archives and Special Collections at Towson University, and it is quite gratifying to have had the opportunity to process it and make it accessible to a wider audience.

The clay tablets in this collection were probably acquired by Lena C. Van Bibber, who joined the faculty at the State Teachers College at Towson (now Towson University) in 1916, where she taught history until her retirement in 1940. The clay tablets were acquired from from Edgar J. Banks sometime in 1939.

Banks had been assigned to Baghdad, Iraq in 1898 as the American Consul, and while there, he began excavations in ancient Adab, present-day Bismya, Iraq. He was an antiquities enthusiast and went on to purchase many clay tablets in the closing days of the Ottoman Empire, which later were distributed to various universities, museums, and libraries throughout the United States.

The collection consists of three cuneiform clay tablets from the ancient sites of Drehem and Umma in Mesopotamia (modern-day Iraq), dating to about 2400-2100 BCE. The cuneiform script on the tablets relates to administrative and economic transactions, including the receipt for the delivery of oxen, sheep, and goats to a temple; a sales receipt for the killing of an ox; and records of the temple transactions. Other materials include a letter from Edgar J. Banks addressed to Lena C. Van Bibber and dated June 2, 1939, which includes a description of each tablet and details of the sale; a letter from Lena C. Van Bibber dated June 16, 1939; and three index cards with descriptions of the clay tablets.

Around 3100 B.C.E., clay tablets appear with impressed or incised signs in a script know as cuneiform, distinguished by its wedge-shaped marks. Initiated by the Sumerians in Mesopotamia, present-day Iraq, these tablets represent the earliest evidence of a writing system. It is between the thirty-fourth century B.C.E. and the first centuries of the common era, that cuneiform was used to write texts in a variety of languages. These cuneiform signs are formed with horizontal, vertical, triangular, and oblique marks that are impressed into the mass of the moist clay of the tablet which can be of various sizes.

The invention of a writing system gave rise to a material culture associated with it, and thus the appearance of the clay tablet and the stylus. Most of the earliest texts are written on clay, and information recorded in these early clay tablets is mostly administrative in nature, including government receipts, contracts and trade transactions, but other types of texts include temple activities, stories, myths, medical and school texts, and personal letters. The stylus was the writing instrument used by the scribe to write on the clay tablets. It was a piece of reed, with one end in cylindrical shape, and the other cut as a bevel.

Learn more about writing cuneiform by watching the below YouTube video from the British Museum: 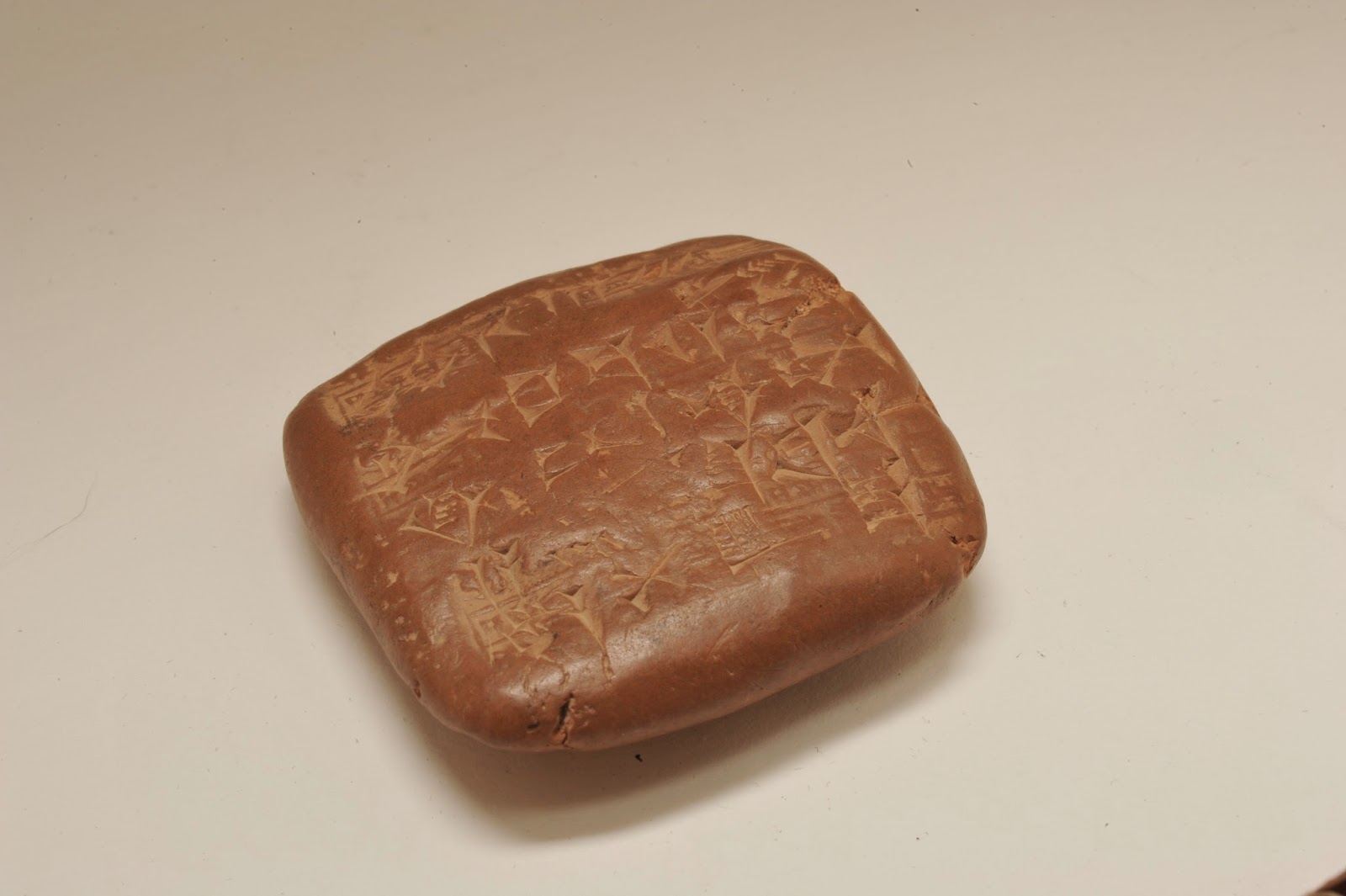 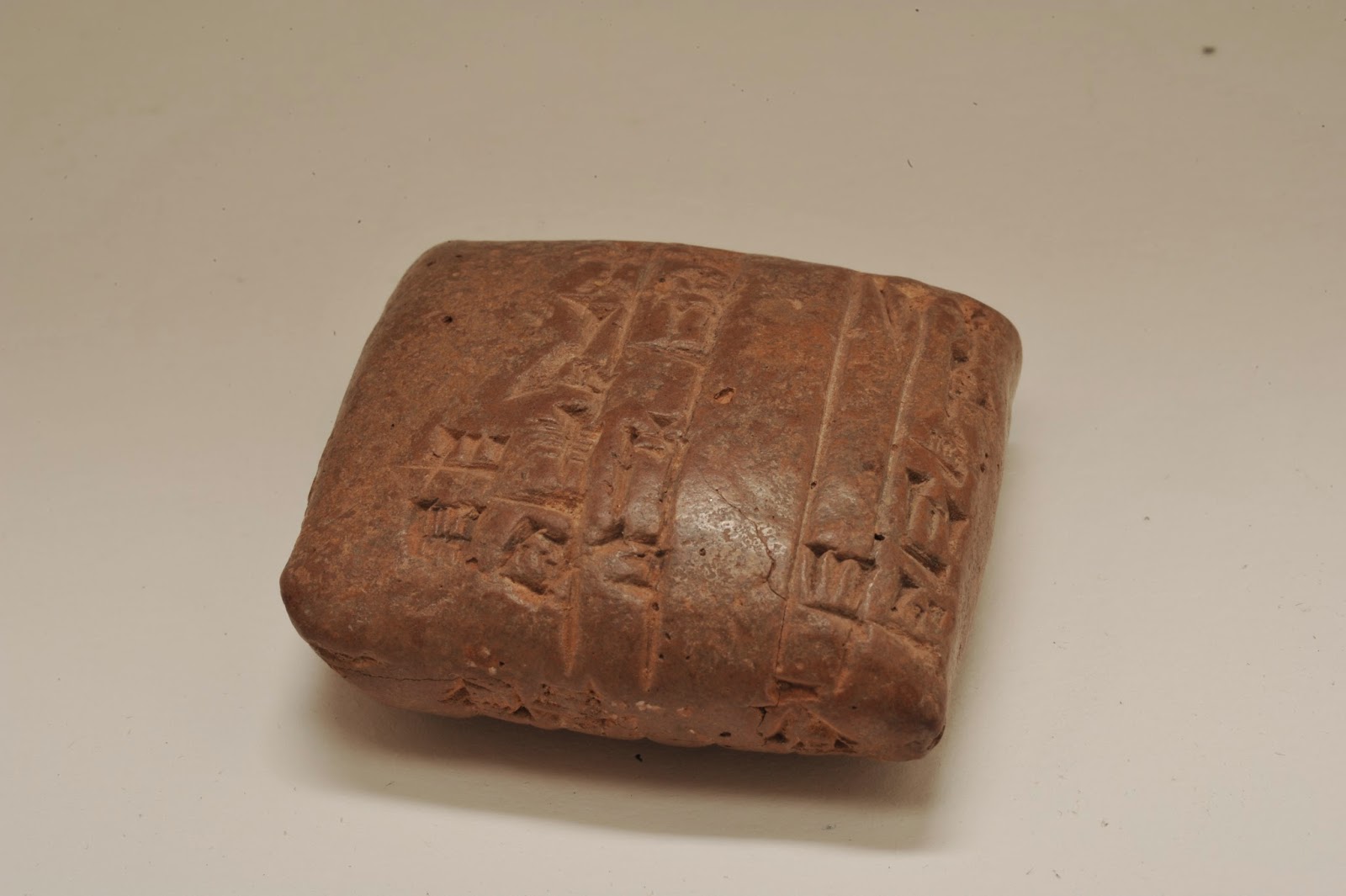