Towson University has had its share of groundbreaking celebrations.

Earl T. Hawkins, Towson President from 1947 until 1969, oversaw the beginnings of at least 13 buildings on campus.  He was in charge right as members of the Baby Boom generation entered college.  His administration oversaw one of the largest changes in programs and expansion as the school shifted from a teacher’s college to a liberal arts college. 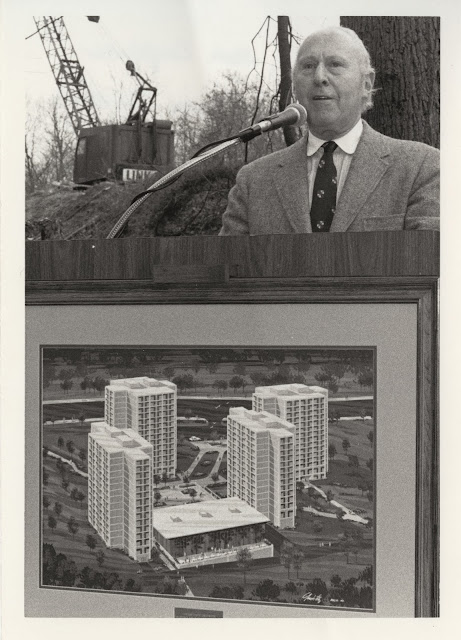 More and more people have taken shovel in hand and donned a hardhat to participate in the fun of a ceremonial groundbreaking, as can be seen here with the nine involved with the College of Liberal Arts. 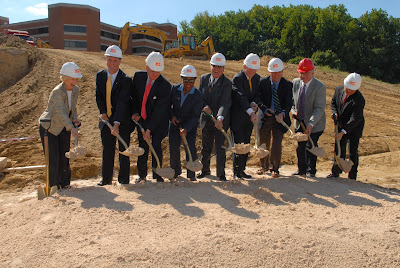 Sometimes they’re more symbolic than realistic, as exhibited by the pallet full of dirt used for the new Tiger Arena groundbreaking: 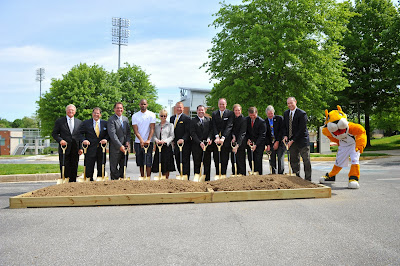 And Doc, our school mascot, has gotten in on the act more than once — he now even has a little hardhat. 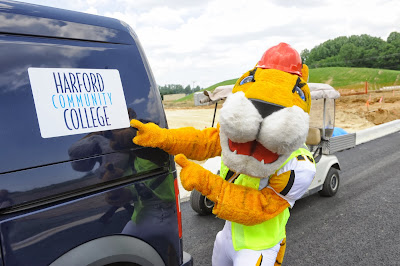 But 100 years ago, the very first groundbreaking for the Towson campus of the Maryland State Normal School was met with very little ceremony and fanfare.

Buried in the middle of page 4 of the October 13th, 1913 edition of the Baltimore Sun is the small headline “Dirt to Fly Tomorrow”. 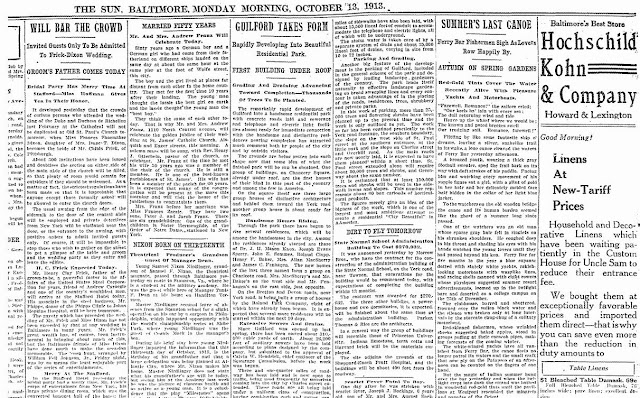 The paper reported that “excavation” of the buildings on the land acquired the previous January would finally begin.  The contractors hired for the work were Morrow Brothers, a well-known outfit in Baltimore.

Excavation appeared to mean a lot of things.  Before any real construction could begin, the land — farmland as far back as anyone could remember — had to be cleared, leveled, and graded.  The adjustments to the architect’s plans placed the Administration Building, now known as Stephens Hall, on a hill facing York Road with a dormitory in line and a power plant at the back of campus.

But first, the clearing.

This very early 1900s photograph taken from Terracedale looking across to the land that would become Towson University shows what the contractors were up against. 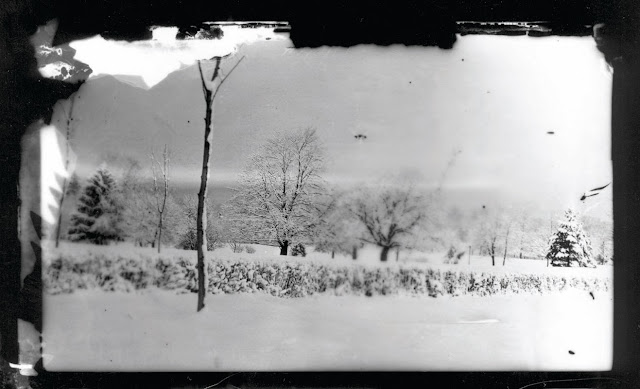 As can be seen in this photo the land had many trees and was hilly, something that is still true today.  However, for major construction, those trees became impediments and were cleared. 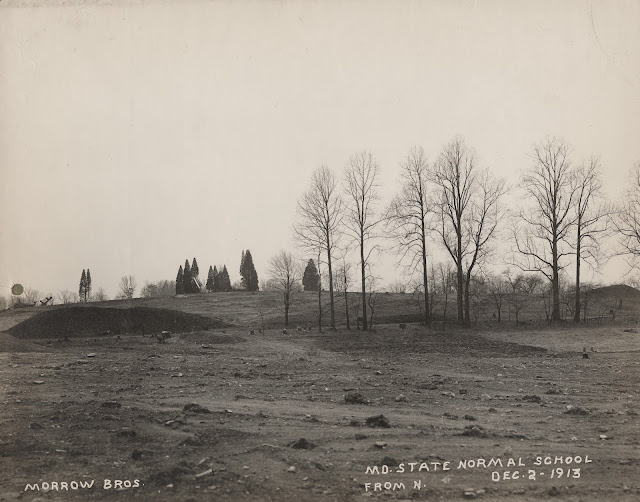 Much of the work was done by hand.  Once the trees were gone, stone had to be dug out with shovels, levered into wagons, and hauled off the construction site by multiple teams of horses. 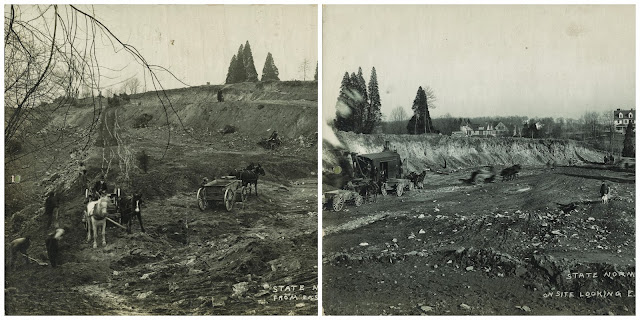 100 years ago, diesel engines were just on the cusp of revolutionizing industry, so the steam shovel was king*.  In the right-hand picture above, you can see the shovel on the left, teams of horses and wagons lined up ready to carry off the dirt loaded in by the scoop.

The shovel itself was a somewhat complicated machine.  At least three men had to run it — a man inside loading coal into a furnace to heat water in a boiler. The steam from the boiler operated the arm for the shovel scoop as well as the mechanics needed to drive the steam shovel from one location to the next.  Another man did the actual maneuvering of the machine and shovel.  And a third worker stood outside, directing where the shovel should go. 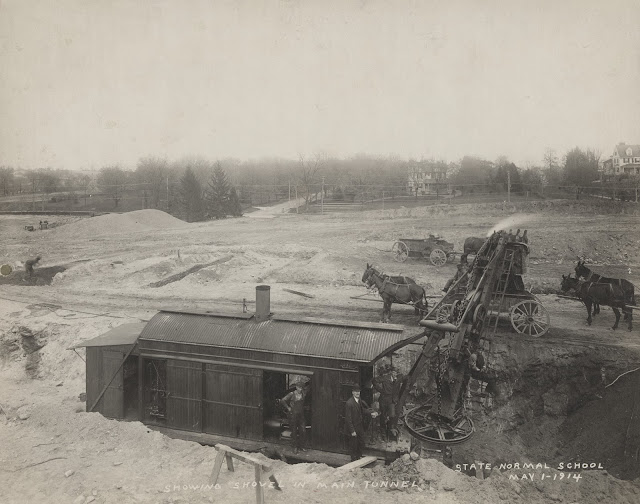 This is one of my favorite photos of this series.  The caption says the shovel is digging the main tunnel — the one that still runs between Stephens and the Power Plant.  Through the tunnel ran service lines for water, electricity, and heat for the main buildings on campus.  Coal would be trucked into the Power Plant via a service line off the Maryland and Pennsylvania Railroad.

I imagine that the excavation also had to wait until the ground was not frozen, so while digging began in the fall and early winter of 1913, the tunnel itself could not start until the following spring.

Construction of the school did not fully get underway until the summer of 1914, another setback that meant the campus would not be completed until the following year.

While the headline read “Dirt to Fly Tomorrow”, it is more likely that 100 years ago today, the groundbreaking for the new campus of the Maryland State Normal School, now Towson University, was a very quiet affair, although it certainly would get noisier before too long.

And so began Towson University’s nearly 100-year history of construction on campus.

*Or queen, if you read Mike Mulligan and His Steam Shovel.