Self-Defense and the East-West Rivalry in the Third World

Self-Defense and the East-West Rivalry in the Third World 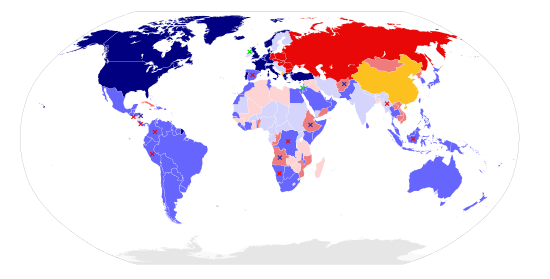 Abstract: Threatened with the probability of complete annihilation, the superpowers have made concerted efforts to abstain from the use of force in their bilateral relations with one another. Discouraged by the prospects of changing the status quo in the industrialized world, American and Soviet strategies have adopted a substantively different approach to the East/West rivalry in the non-aligned states of the Third World. This paper will analyze the contemporary doctrine of self-defense as it relates to the superpower use of force in the non-aligned states. It is designed to protect territories or values currently held as opposed to destroying the values or territory of the delinquent state. Under the United Nations Charter of 1945, the only form of self-help that continues to maintain legitimacy is the right of self-defense, which is reviewed by the Security Council of the United Nations. If American and Soviet actions in the non-aligned states are to be interpreted as defensive uses of force, they must conform to the United Nations Charter. Not surprisingly, both sides argue that they are acting in accordance with the Charter because their rights are being threatened by the ideological differences which separate East from West.