Lost in the excitement of Towson University’s 150th celebration is the anniversary of our first 100 years here on this campus. It’s easy to do — when talking about the big picture that is TU’s history, it seems hard to imagine not being on this campus of rolling hills.

But I’m certain for the faculty and staff and students who opened the doors that day 100 years ago, it was a moment not only of excitement but also of victory.

As posted here before, Sarah Richmond began campaigning to have the school moved from its campus in west Baltimore almost as soon as she was made the head of the school in 1909. Her efforts resulted in the move to 88-acres of farmland, three new buildings including a dormitory, and space to grow.

The move to a new space, however, didn’t change the work done at the school right away.

As always, the first three days of the term were set for placement exams for new students and “promotion” exams for those returning. Essentially you had to prove that you’d retained what you learned. Classes, listed as “Recitations” in the catalog, didn’t officially begin until September 20th.

This page lists the faculty members. You can see that while education was the primary focus of the school faculty members specialized in certain subjects.

This is Sarah Richmond. We’ve detailed her work in other blog posts, but the long and the short of it is this: we would not be at Towson today if it wasn’t for Richmond’s dedication. She was a member of the very first graduating class in 1866, and spent the rest of her life teaching and leading MSNS. She was an ardent supporter of the Alumni Association. When she died in 1921, the very gift the school had given her upon her retirement — a silver tea service full of gold coins — was left to MSNS and thereby established the very first scholarship program.

We owe much to Sarah Richmond. 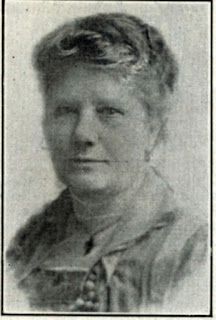 This photo shows children from the model or practice school having lunch in a cafeteria that was in what we now know as Stephens Hall. Standing on the far left of the picture is Minnie Lee Davis. She was the principal of the practice school at the time, and remained with the school until 1924. 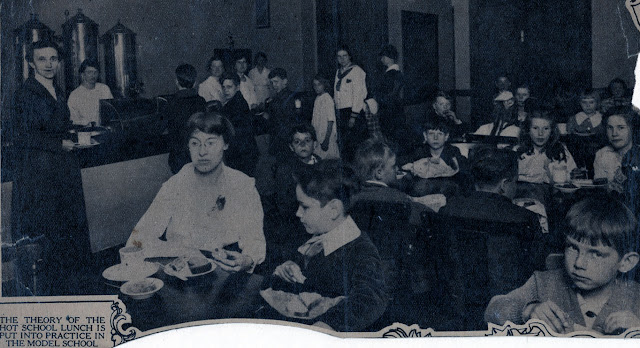 In this photo we see Latin teacher, Mabel Nims, and math teacher, Mary Hudson Scarborough. Scarborough was a member of the 1891 graduating class at MSNS and later worked as a math teacher, and also principal of the model School. She was also very involved in the Alumni Association. In 1964 a newly constructed residence hall was named in her honor. Ella Ricker taught history at MSNS from 1892 until 1916, leaving a year after the move to Towson. She was also a member of the Class of 1883. 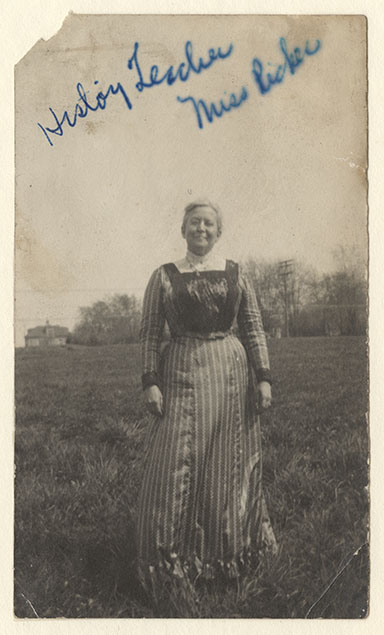 This photo of Florence Snyder was taken outside the MSNS building in west Baltimore. Snyder taught Art at MSNS for 36 years, from 1892 until 1928. 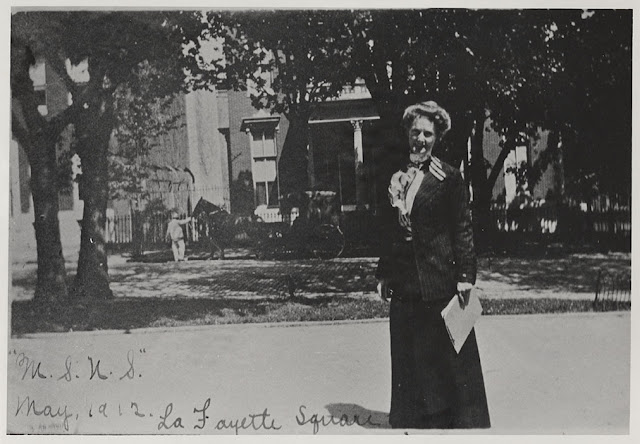 Here is M. Theresa Wiedefeld in her office as a teacher in the Model School. She was also a graduate of MSNS, Class of 1904, and she would go on to become the seventh school leader, serving as President of the State Teachers College from 1938-1947. She was also a strong ally in the Alumni Association for many years until her death in 1983. 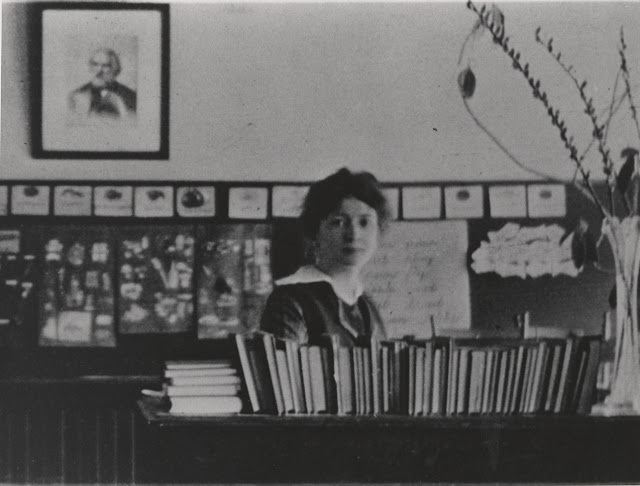 William Wilcox taught at MSNS from 1908 until 1918, about the same amount of time that Sarah Richmond was Principal. 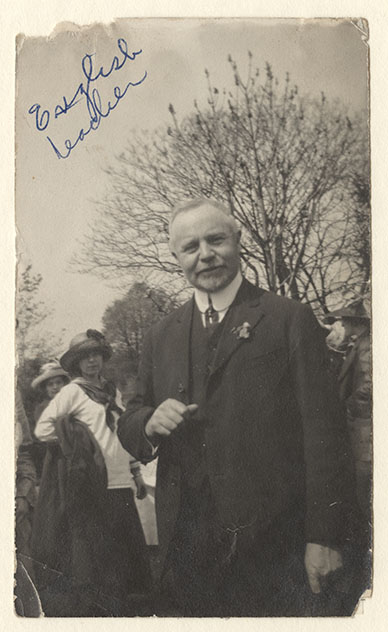 One hundred years ago today, students and teachers gathered here at the Administration Building to begin the first year at Towson.

To learn more about what life was like for students of the time, check out our Youtube video “Influencing the Class of 1918“.