When I was a kid, my family took me to see “The Rescuers”.  It’s a Disney movie about a couple of mice (voiced by Bob Newhart and Eva Gabor) who rescue a little girl from some nasty lady named “Madame Medusa” who’s hidden a diamond in the girl’s teddy bear and is trying to get it back — all totally believable, right?  Apparently, I particularly liked an albatross in the movie who the mice use as a means of aerial transportation.  At one point, his tail catches fire and he yells for the mice to bail out, using the international signal “Mayday!” (Side note: “Mayday” actually comes from the French venez m’aider, which translates to “Come to my aid”. )  Of course, I found this hysterical when I was five and pretty much shouted “Mayday!” in the theater, which humiliated my older sister.  Ahh, memories.

In days of yore, May 1st was May Day and was celebrated with other more spring-like festivals such as dancing around the maypole or crowning a May Day Queen. There were pantomimes with schoolchildren, and vendors, and people in costume.  All of this sounds like an idyllic way to spend a beautiful spring day. 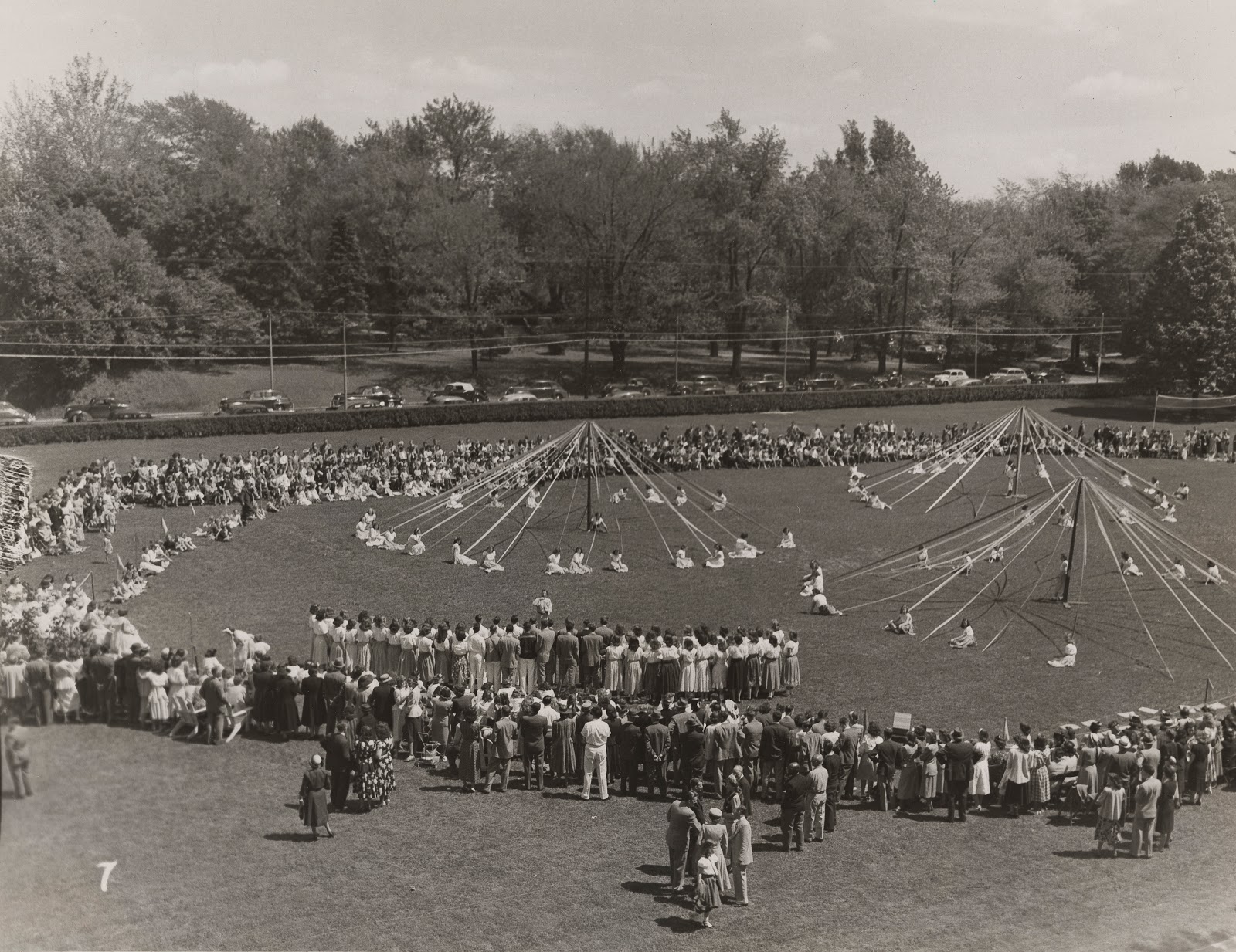 But times have changed, and now May Day has a new purpose for those working in libraries, museums, and archives — to participate in some activity and prepare for unexpected emergencies.

These institutions have always known about disasters.

The Library of Alexandria, built in Egypt during the 3rd century BCE, was the largest library of the ancient world.  It collected texts from beyond Egypt’s borders, often taking original texts by force and sending copies back to the original owners. (Librarians can sometimes be a little ruthless in the name of access.)

Unfortunately, Julius Caesar accidentally burned the library — and all those orignial texts — in 48 BCE while burning his own ships fighting Achillas for control of Alexandria.  Whoops.

In more recent history, the Historical Archive of Cologne collapsed in 2009 after construction workers building a subway under the building neglected to use enough material to reinforce the ground under the structure.  Two men in neighboring apartment buildings were killed and it was estimated that 90% of the archives were buried under the collapsed buildings.  However, within months, much of the material had been rescued.

Other libraries, museums, and archives have been effected by the September 11, 2001 attacks, the Hurricane Katrina disaster, tornadoes, and earthquakes.

In August of 2011, our consortium partner, McKeldin Library at the University of Maryland, spent 24 hours cleaning up 28,000 fallen volumes after an earthquake shook the East Coast.  And it only took 24 hours because they had a disaster plan in place.

Here at Towson, our document boxes were out of place, but only one thing fell — a framed license plate dropped from shelves over my desk and might have hit me were I not frozen in place in the doorway to Nadia’s office at the time.

You can read about more contemporary library disasters and responses here.

Organizations like the Society of American Archivists and Heritage Preservation have many ideas about how to spend MayDay preparing for unexpected emergencies.  The exercises can be as little as re-reading disaster plans, creating a wallet-size emergency phone list, or having tabletop response discussions: “So if a tornado rips through campus, what do we do first?”

As important as these exercises are, though, the little day-to-day tasks we do are as necessary to prevent disaster. We safeguard against temperature and humidity fluctuations and light exposure. We create supports for fragile material. We work to keep down the chances for pest and mold infestations.  Sometimes little steps like those subvert much larger problems, even while we put plans into place for the unpredictable.

After all, the goal of MayDay is to preserve those idyllic memories of May Days of old.